Videogame penetration in India poised for a big change

India remains gaming's last unconquered frontier-but there are signs that this is fast changing. So look forward to the day when the floodgates open. "Stop wasting your time playing useless games and go finish your homework." It's a refrain that has been heard countless times in India over the ages, long before videogames entered the fray as a potential time-wasting activity for urban Indian children. And it could be the key to explaining why, among major economies, India remains the only one in which the videogames industry hasn't yet managed to establish a substantial foothold.

Videogames began entering affluent urban Indian households pretty early in their history-the venerable Atari 2600 gaming console was, in fact, a reasonably common sight, often a present from relatives living abroad. Subsequently, every generation of home consoles would manage to worm its way into Indian homes, but none of these would ever go mainstream. PC penetration remained low for several years, but even when it grew to reasonable numbers, it did not see a corresponding spurt in the gaming market. While game sales in nations with comparable economies number in the hundreds of thousands to the millions, a game in India is typically considered a hit if it sells in the low ten thousands.

Why is this happening? Why is the world's fastest growing entertainment form finding it so hard to make inroads in the world's second-most populous country?

Play has traditionally been considered a waste of time in Indian society, especially in the teeming middle-class segment that has the potential to buy games. Calling a child "playful" is often derogatory in these homes, and playfulness is a quality to be avoided, corrected and derided. Which could be why we don't even have a thriving toys and games industry today-a tragedy considering our history of inventing incredibly rich and engaging toys and games. The range of toys, novelties, board games and playthings available in the Indian market, while considerably wider than before, still pale in comparison to that available in the west or the far east. Videogames, being a natural extension of toys and board games, will follow the same path.

Compare this to the rate at which the electronic household goods industry or the fashion industry, for instance, are closing the gap and it should become clear where our priorities lie. We simply don't think play is important. 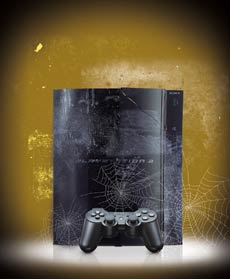 In fact, another parallel is the way Indian society approaches sports. While we undoubtedly enjoy watching sports (at least, sports at which we do reasonably well), we're not what you'd call a sporting nation. The percentage of the population, across age groups that regularly plays a sport is fairly low. Again, this is a clear indicator of our basic attitude to play-that it is merely a diversion which has no value other than perhaps whiling away a few pleasant hours before we return our attentions to constructive study or work.

Consequently, the typical Indian household has always remained tight-fisted when it comes to entertainment spend. So to waste approximately Rs 25,000-30,000 on a gaming console or PC and then spend a couple of thousand rupees a month on games is well beyond what a household is willing to spend on diversions, even if they could afford it.

However, this is changing in a few significant ways. The first thing is the way mobile phones have captured the imagination of India. Almost every Indian, regardless of economic status, is aspiring to buy a phone that is just outside what he can afford. The same Indian middle class household that balks at shelling out money for an Xbox or a PS3 will think nothing of paying even more for a shiny new iPhone-and therein lies the opportunity for game publishers. While the numbers are nowhere near those needed to sustain a viable industry, the number of Indians downloading and playing mobile games is growing at an encouraging rate.

Secondly, the explosion of social gaming on Facebook and other online networks has given millions of Indians who use these networks plenty of engaging games to play with their friends. The fact that these games are free and that they are social has made them a lot more appealing to the millions of Indians on these networks. Sure, Indian users hardly ever pay for these games, but it's a start that they're playing at all. It's only a matter of time before the payment ecosystem falls into place, and Indians begin microtransacting with the best of 'em-at which point the market is bound to become one of the most significant in the world. Major players like Zynga and Playdom are already present in India, and it won't be long before they figure out a way to exploit this market.

And thirdly, major publishers are training their guns on the Indian market, looking for that one breakout game that will make Indians sit up and take notice of gaming. Sony has already made creditable progress, developing and publishing India-focused titles like Hanuman, Desi Adda and Cart Kings for its PlayStation consoles. Disney has been putting out mobile games based on its Indian films, and claims to have seen encouraging paid download numbers. EA and Ubisoft are also in the fray-and every major publisher is taking a crack at solving the riddle of the Indian market. It's only a matter of time before one of them does, and then the floodgates should open.

Mobile phones and web browsers are personal devices, where an individual (adult or child) doesn't require the approval of an authority figure (parent, spouse, boss) to access or play a game. This removes a huge blocker preventing the growth of gaming as a hobby in India. Also, Indians are slowly waking up to the fact that gaming is not merely for young children, and that adults can enjoy it too. Parents who enjoy playing games are far more likely to purchase them for their children-an assumption validated by the fact that Indians take a far more tolerant view of movies, since they themselves are consumers of the entertainment form.

The day isn't far off when India finally arrives as a gaming market in its own right (it's already taken far too long). With an emerging game development industry also present in the country, perhaps we can look forward to a gaming equivalent of Bollywood someday- an industry that churns out a distinct style of games that India, and the world, loves to play.