The market regulator’s directive on mandatory disclosure of pledged shares neither truly brings the promoters in line nor helps investors.

Rachna M. Koppikar
On January 28, a week after the Securities and Exchange Board of India’s (SEBI’s) decision to introduce mandatory disclosure of shares pledged by promoters, Asian Paints informed the stock exchanges that its promoter Ashwin Dani had pledged 15 per cent of the company’s paid up capital through associate companies. The very next day, Dani clarified that borrowed funds were used to shore up his family’s holdings in the company from below 40 per cent to 50 per cent. Investors reacted negatively as the stock fell 4 per cent on the Bombay Stock Exchange, the same day when the Sensex lost just 0.23 per cent. 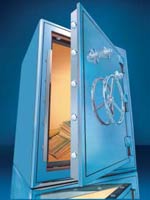 Investor reaction to the United Spirits disclosure about a similar pledge was sharp as the stock lost 30 per cent in a day. UB Holdings, the holding company of Vijay Mallya, had pledged its stake in United Spirits to raise funds for other subsidiaries.

Even though SEBI hasn’t laid out how and in what manner promoters should make such disclosures, a lot of promoters will voluntarily come out clean. But the key question here is the manner in which such information is disclosed, and whether it helps the investor in taking an informed decision about the stock. For instance, in the case of Asian Paints, the notice didn’t clearly state the percentage of the promoters’ stake in the company that is pledged. Also, it didn’t disclose the name of the lender and the amount of funds borrowed. But we do know for a fact that GE Capital Services has been one of the key lenders to the promoter’s group company and extended a loan of Rs 65 crore, which matures in March. In the case of United Spirits, investors suffered a setback in share price partly because the promoter company had raised funds to feed another loss-making subsidiary.

Legal experts say that SEBI’s decision to make disclosures mandatory is certainly a welcome step but will need clarity on the exact manner of doing so. Some say it could restrict the promoters’ ability to raise money and, as a result, lead to ingenious ways of avoiding such disclosures or even manipulation of the share prices.

The regulator has stated that companies’ promoters will have to disclose the share pledge in two ways—on a quarterly basis along with the shareholding pattern as well as event-based disclosure. The listing agreement of the stock exchanges will be modified and it will prescribe the list of events for such disclosures, the percentage of shares pledged to be disclosed and other details. However, SEBI hasn’t yet said if the promoters will have to disclose the usage of funds borrowed by pledging of shares.


R.S. Loona, Managing Partner, Alliance Corporate Lawyers, says disclosures on pledging were always required under SEBI’s Substantial Acquisition of Shares and Takeover Regulations. “Companies could have ignored the regulation for a simple reason that the standard form in which disclosure to stock exchanges has to be made doesn’t have a separate field for pledges. So, the pledge of shares gets recorded as ‘acquisition’ and the release of pledge is recorded as ‘selling,’” says Loona. Indeed, as Business Today pointed out in Living on the Pledge (February 8, 2009 issue) some companies have been making voluntary disclosures to stock exchanges under the above regulation.

Clearly, when the chips are down, investors and analysts become more concerned about such disclosures, as it’s an indicator of the financial health of the company and its promoters. Globally, some regulators are grappling with such disclosure demands. UK’s Financial Services Authority mandates disclosure of share collaterals by the directors of a listed company. But, it appears that due to a lack of clarity over the rules, disclosures were not being made. Earlier during the month, a declaration by David Ross, CEO of retailing company Carphone Warehouse, that he had pledged shares of the company made him lose his job. Admitting that there was a lack of clarity, FSA quickly ordered all companies to make such disclosures within two weeks. What followed was a series of pledge disclosures by directors and CEOs of the listed companies in the UK. 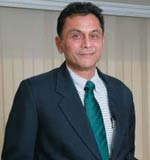 SEBI Chairman C. B. Bhave
Unfortunately, Indian investors will have to wait longer as the regulator hasn’t specified the time period for the promoters. The time lag between the announcement and actual implementation will give leeway to the promoters to work around the proposed regulations. Since SEBI Chairman C.B. Bhave clarified that the regulator will take it one step at a time, and initially the disclosure will have to be made by the listed entities only, promoters could use an escape route by forming an unlisted holding company, owned by the promoter, that could hold stake in the listed entity. Such a complex shareholding structure has always been in vogue in India whereby promoters hold shares in the listed companies through layers of unlisted holding companies. The result: if this unlisted holding company pledges its share to secure loans (which indirectly means the shares of its subsidiary companies are pledged), it will not have to be disclosed to the stock exchanges.

At the same time, not all lenders will be comfortable holding shares of an unlisted holding company as collateral. Rashesh Shah, CEO and Chairman of Edelweiss Capital, feels that lenders will always take liquid shares as collateral for loans. “They would be wary of lending to promoters who want to avoid disclosures as required by law and will not assist in circumventing these disclosures.” Edelweiss Capital also provides such loans to promoters.

Moreover, disclosures could have unintended consequences as promoters or brokers could play around with the stock price around the time such disclosures are made. “What prevents the promoter from doing a buyback once the share price is hammered due to such disclosures by the promoter?” asks Kartik Ganapathy, Partner and Head of the Bangalore Office of Nishith Desai Associates.

Ganapathy adds that the scope of such disclosures shouldn’t be limited to promoters identified in the IPO prospectus, as there could be instances where such promoters don’t hold significant stakes and disclosures of pledge in such cases becomes meaningless. “The scope should be expanded to include persons who have management control, like investors who hold substantial and controlling stakes in the company,” he adds.

Given the market sentiment, Rajesh Begur, Managing Partner at A.R.A Law, a Mumbai-based law firm, says that promoters are wary of the final disclosure norms for pledging. “There should be a clear requirement about how disclosures have to be made. It shouldn’t restrict promoters from further fund raising or restrict ways in which he can monetise his stake in the company,” he adds.