What India Needs to Do to Prevent a Power Crisis

As summer temperatures soar, a power crisis threatens India. The situation was in the works with an abrupt change from winter to summer, faster-than-expected economic recovery, and global supply lines of gas and coal being impacted by the Russia-Ukraine conflict.

While electricity demand has risen, supply has not. “Power demand grew nearly 13 per cent year-on-year in April, or by nearly 16 billion units (BU), due to the early onset of summer. Further, the economy has picked up compared with the same month last year... and industrial activity has increased. Power demand was higher in the northern region, which is facing a higher number of heat waves compared with the rest of India,” says Manish Gupta, Senior Director of CRISIL Ratings. The spike in demand led to prices shooting up on power exchanges. “In April, we saw the record-high monthly average price of Rs10.06 per unit for electricity. The biggest development was a YoY power demand growth of 11 per cent during the month. Prices were high due to a significant increase in demand and constraints on the supply side,” declares Rohit Bajaj, Senior Vice President of Business Development at power trading exchange, India Energy Exchange (IEX). 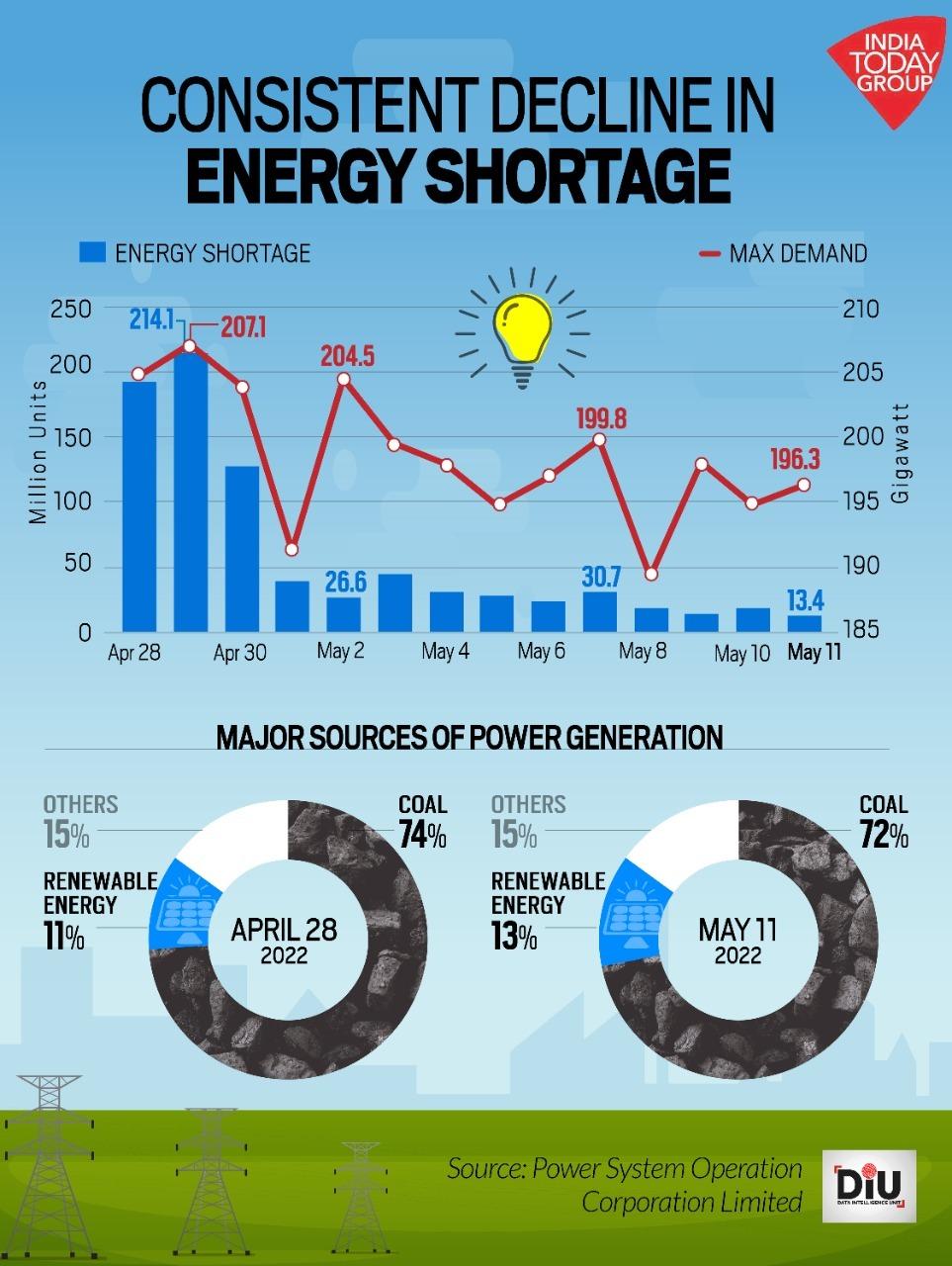 Disruptions in coal and gas supplies have led to their prices going up in the international spot market. In April, the price on the HBA index, which tracks the price of Indonesian thermal coal, was at $288-per-tonne levels. The variable cost for imported coal reflected this, being in the range of Rs 8-9 per unit due to constrained supplies. Meanwhile, the variable cost for gas works out to be more than Rs 20 per unit, making it unviable to import and generate electricity using gas.

The central government has swung into action with a series of measures. Coal allocation for the power sector has been increased and its transportation has been prioritised through the Railways, among other measures. The power ministry has issued an advisory to states and generation companies asking them to import at least 10 per cent of their coal needs to blend with domestic coal; operationalise imported coal-based power plants to full capacity; and weekly release of payments by power distribution companies to generating companies.

“Timely payments by state electricity boards to power generators will ensure timely payments to Coal India, Indian Railways, etc. Besides, power plants will also be able to build sufficient coal stocks through the year rather than trying to make more purchases only when a crisis is looming,” says a senior executive with a leading public sector utility, who wished to remain anonymous.

Experts say that adequate attention needs to be paid to energy supply planning to prepare well for future spikes in electricity demand. Besides, increasing domestic production of coal, comprehensive demand forecasting, and despatching of coal in an efficient manner are needed to avoid a similar situation in the future.