The past few years have not been easy for corporate chieftains in India. There have been many global pain points and uncertainties, and even within the country, most CEOs have had to deal with enormous flux and a rapidly changing environment because of a host of factors. For some sectors, especially those dependent on commodities, the subdued prices of the past couple of years brought both good news as well as bad. Input prices came down but growth was also affected. The slowdown in China caused an enormous ripple effect in a host of industries, especially the metals sector. Cheap Chinese imports have caused deep impact on the profit margins and general economics of a number of sectors. The Chinese slowdown also had a profound effect on companies that have a big market in that country - Jaguar Land Rover, for instance. 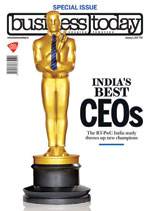 Meanwhile, technology disruptions and new innovations around the digital space have created many opportunities but also problems for sectors across the board. We have seen the rise of e-commerce that has had huge impact on brick-and-mortar players. We have seen the rise of aggregators and the advent of social media, which have had their own set of cascading effects. The Indian economy, while it has been a bright spot in the global economy, has, however, not created the kind of revenue growth or profit growth for a range of companies because of many factors - from increased competition to digital disruptions.

And just when the consumption story was becoming better in India after a couple of largely stagnant years, the sudden demonetisation - or rather remonetisation - of Rs 500 and Rs 1,000 notes has put the brakes on it, at least for the short term. How it will play out in the long run will be apparent six months to a year later, although most economists agree that barring a few gainers - banks, digital payment players, organised retailers, etc. - most industries will take a short-term hit. The government is now doing many things to encourage digital transactions and whether these will spur consumption quickly will be known after a couple of more quarters. Whether the big companies in most industries will gain at the expense of the small and medium-sized players - who prefer dealing in cash - will also be apparent after some time. Uncertainty in business has, in fact, become the new normal.

But the best CEOs in any sector take uncertainties in their stride, and they tend to outperform their peers in good times and bad. In our annual exercise to pick the best CEOs, we look at the performance over the past three years to create the initial shortlist. We look at how a CEO has performed on three key parameters - revenue growth, profit growth and total shareholder returns - during the past three years to create an initial shortlist of top three in each sector. The final winners in each sector - and the final Champion of Champions - are decided by a jury of eminent corporate personalities. This year, our esteemed jurors were Nimesh Kampani, Founder and Chairman, JM Financial Group; Kalpana Morparia, CEO of JP Morgan India; Haigreve Khaitan, Senior Partner, Khaitan & Co.; and Sri Rajan, Chairman, Bain & Co. India. They picked the most outstanding performers of corporate India.