Despite some hurdles, amusement and theme parks are mushrooming and drawing more and more visitors.
Arpita Mukherjee        Print Edition: Feb 2, 2014 Muktesh Apte vividly remembers the neighbourhood melas his parents took him to when he lived in Ranchi as a child. The ferris wheel, the merry-go-round and similar delights were among the high points of the limited entertainment available those days. Continuing the tradition, Apte, 37, who heads the IT department at a software company in Pune, often takes his two children to Mumbai's Essel World and Kidzania. Unlike the melas, which lasted but a few days, permanent amusement and theme parks like these are becoming big business across the country.

Market intelligence firm Euromonitor notes that 153 amusement parks have come up in India between 1984 and 2013. It started with Appu Ghar in Delhi, set up by a Sweden-based Indian entrepreneur, which, however, was shut down in 2008. However, another pioneer, Mumbai's Essel World, begun in 1986 by media baron Subhash Chandra and partner Ashok Goel, is still thriving. It later even added another establishment, Water Kingdom - providing, as the name implies, water-based amusements - in Gorai, north Mumbai. Other renowned amusement and theme parks include Kingdom of Dreams in Gurgaon, or Imagica and Smaaash in Mumbai which have all left the traditional mela-style entertainment far behind.

Euromonitor estimates the annual revenue from India's amusement park business currently at about Rs 2,000 crore, and projects a compound annual growth rate (CAGR) of four per cent to touch Rs 2,600 crore by 2018. Volume growth, or the number of people visiting such parks, estimated by another global market research firm Mintel has been much higher. Mintel says the market grew 30.7 per cent by volume in 2012 and will keep expanding at a CAGR of 18.9 per cent till 2017 when there will be 129.1 million visitors. "The industry's growth will be stimulated by a growing Indian tourism sector. Moreover, as disposable incomes rise, Indian citizens will allocate a greater share of their money to leisure activities," says an October Euromonitor report.

And indeed, a number of these parks have succeeded beyond their promoters' expectations. Arun Chittilappilly, for instance, set up Wonderla in Cochin in 2002 hoping to get around 2,000 visitors a day. He was overwhelmed to find 5,000 people turning up on the opening day itself. "We had to eventually redesign the park to accommodate more people," says Chittilappilly, MD, Wonderla Holidays. He has since set up another park close to Bangalore, while a third is being built in Hyderabad. A full scale amusement park, such as Essel World, needs around 70 to 80 acres to set up and an investment of around Rs 300 crore. Smaller, theme based ones, cost less - Smaaash, for instance, which focuses mainly on simulated sports, particularly cricket, occupies a little over an acre and cost about Rs 20 crore to set up. "We thought of the aspiration people have to play with their favourite stars and play at Lords," says Sripal Morakhia, who founded it in November 2012.

However, amusement parks face hurdles as well. "India is not the place for large theme parks," says Smita Jha, Director, PricewaterhouseCoopers India. "Indians do not have a gaming culture, and families tend to go to the movies rather than amusement parks." Viraj Jit Singh, Chief Marketing Officer, Kidzania, a Mexican entertainment-cum-education chain which set up its first amusement park in India in Mumbai this September, agrees. "I'm not only competing with other amusement parks but also with cinemas, or laptops at home," he says.

So how do amusement parks try to lure more visitors? Many have realised that the secret of success lies in providing entertainment for the whole family, not just the children. "The first two years were very hard," says Mohit Sawhney, General Manager, Unitech Amusement Park Ltd, which runs the Delhi-based Adventure Island, begun in December 2006. "Then we realised the place had to provide complete family entertainment." Adventure Island introduced a live stunt show and another combining Magic, Acrobatics and Dance - what it called a MAD show - which led to a 30 per cent increase in footfalls. So too the likes of Kingdom of Dreams and Smaaash have consciously sought to address the needs of all members of a family. 'Our amusement parks are not at the same level as those in foreign countries,' says Arun Chittilappilly, Managing Director, Wonderla Holidays. (Photo: Nilotpal Baruah)
Sustaining interest is another major concern. The same old things will not do for long, new features have to be continually added to keep visitors interested. Parks such as Kidzania keep tweaking their offerings every few months. "I have 60 activities here and we'll keep tweaking each activity so it remains exciting," says Singh. Essel World launched a new joyride called Top Spin, in April this year, and yet another one, Shot n Drop, will be launched soon. Even the Kingdom of Dreams and the theme-based smaller ones, such as Smaaash are constantly innovating. Smaaash will add more simulated recreational games such as paint ball and drag racing, as well as a virtual zoo in November. "One needs to keep upgrading the park, only then you're up to speed," says Viraf Sarkari, Director, Kingdom of Dreams.

Amusement parks primarily depend on ticket sales for revenue, which can vary from Rs 400 to more than Rs 1,000 per person. (A few allow free entry, but charge for each ride, game or show.) They earn 70 to 80 per cent of their revenue from tickets, with food and beverage sales and merchandising providing the rest. But footfalls can be notoriously fickle, with even a spell of bad weather making a difference. "We hope someday the dependence on ticket sales will reduce," says Shirish Deshpande, CEO, EsselWorld and Water Kingdom. He notes that the Walt Disney amusement parks are far less dependent on ticket sales.

However, some still claim the fare provided at Indian amusement parks do not yet match the sophistication and variety of the West. "Our amusement parks are a good entertainment option," says Chittilappilly of Wonderla. "But they are not at the same level as those in foreign countries." Curiously, barring Kidzania, none of the major park companies overseas have shown much interest in entering India so far. Disney UTV, the Indian arm of The Walt Disney Company, in particular, despite its substantial presence in Indian entertainment, has made it clear it will not set up any amusement park here, unless the scale permitted and the infrastructure allowed are to its liking.

"From a macro stand point the prospects for amusement parks are fairly decent," says Jehil Thakkar, Head, Media and Entertainment at consultancy firm KPMG. "The question for the long term is whether they can scale to the level where they become destination parks. We still don't have a large brand in this space." 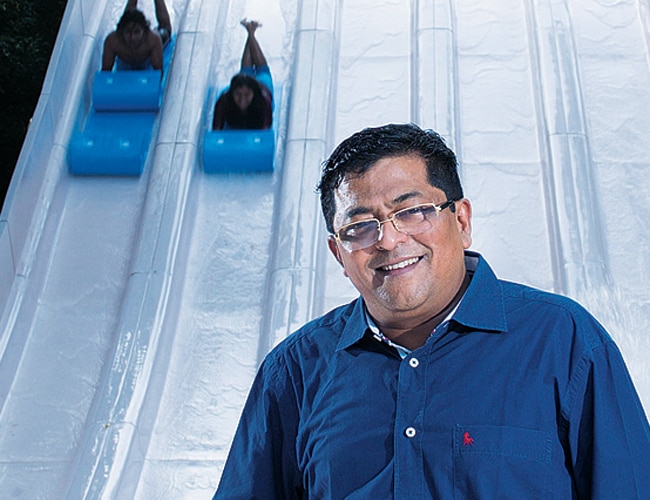 Why investors are betting big on home-based medical care