When Archana, a travel enthusiast, tweeted to a telecom company about how good the phone network was throughout her week-long travel to rural Punjab, the response she got was befuddling. Instead of a heartfelt acknowledgement from the company, she received this: "Thank you for your message. Our executive will reach out to you shortly. We regret the inconvenience."

Thanks to automation, such mismatched (bordering on inane) replies have been on the rise on social media platforms. Digital marketers laud automation for the speed and scalability it offers. But generic responses, such as the one above, under the garb of 'always listening to consumers' usually backfire and do more harm to the company than good. 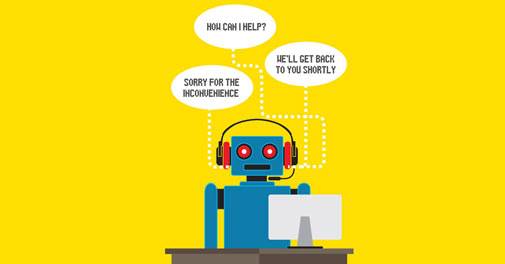 "Machine learning is in its early days, so it is important to bring in the right checks and balances. Overdependence on automation can lead brands to lose consumers, instead of winning them, because the responses can often be mundane, insensitive and lacking in human touch," says Rubeena Singh, CEO, iProspect.

Companies employ social media automation at several levels. Brands have to publish content across platforms several times a day, through the week. It is thanks to software such as Hootsuite - which lets them schedule tweets and ensure continuous engagement with consumers - that social media executives can afford to take the weekend off.

The biggest blunder, says Saurabh Mishra, Digital Marketing Head, Kestone IMS, is auto-replies adding another layer to the engagement process by directing the user to an executive or asking the user to call on a certain number. "Getting an automated reply is equivalent to calling a call centre where the call is first managed by the IVR, followed by the long wait before it finally reaches the customer care executive." He adds that when a user is making an effort to go to your company's page to type the query, a similar effort has to be made by brands. "You need to have humans there."

Companies use chatbots to answer queries, give product/service recommendations, personalised experiences for repeat visitors or users, and guerrilla marketing. Swapnil Puranik, Head, Customer Experience Strategy-West, SapientRazorfish India, says this is especially important for sectors such as telecom, retail, BFSI, travel and hospitality and auto, where the volume of communication is high and human intervention is not possible at all levels. HDFC Life recently launched a life insurance chatbot in collaboration with Haptik, which will act as a financial guide to users. Sure, such initiatives will enable a company to resolve queries in real time with minimum manpower. However, to what extent should automation be encouraged?

Digital marketers ought to strike a balance. Aakriti Bhargava, Co-founder of Boring Brands, advises companies to distinguish queries into functional and emotional. "The matter-of-fact questions on timings, price or location can go to the bot, and the others can be directed to the customer care executive, all in real time."

Brands can leverage automation by integrating their tools with customer relationship management (CRM), suggests Puranik. Seamless CRM integration would enable businesses to send personalised/relevant communication to users. For example, a follow-up e-mail with more information about the product or offer to the user who clicked on the ad on Facebook, but left the website without purchasing. In fact, such instances can be leveraged by competition by offering consumers a better value proposition.

Brands have to reach the user directly; there is no substitute for that. Successful brands are those that connect the dots across multiple touch points in a consumer's journey - online and offline - to deliver a highly personalised experience to the user. ~ 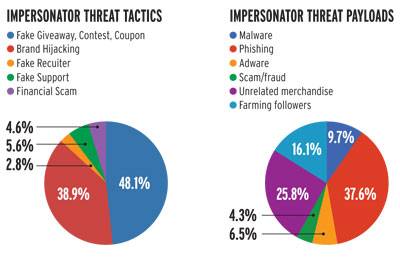 A study by the University of Southern California and Indiana University suggests that about 9-15 per cent of active accounts on Twitter are bots. Twitter currently has 319 million monthly active users and 15 per cent of this fi gure would amount to 48 million profi les on the social networking site. The research used more than 1,000 features across six categories and analysed user accounts for profi le appearance, content produced and retweeted, and interactions with other users in terms of retweets and mentions, to decide whether the profi le was used by a bot or a human. In a recent fi ling to US Securities and Exchange Commission, Twitter had said that about 8.5 per cent (27 million) of its users are automated accounts - a fi gure it had given in 2014, too. Other studies, however, have pegged the number to be higher.

Microsoft shut down Socl - a social network it had made public in 2012 which did not gain much popularity - on March 15. The network, in its initial days, was a research tool primarily aimed at students and social searches, and later was introduced as a social networking site by Microsoft. "In supporting you, Socl's unique community of creators, we have learned invaluable lessons in what it takes to establish and maintain a community as well as introduce novel new ways to make, share and collect digital stuff we love," the network's developer team wrote in a blog post. The site was an interesting mix of social interaction, sharing and search, but was never able to gain traction like its other competitors and remained a research project.