The game changing Blockchain technology, which records transactions permanently in online ledgers, and lies at the core of virtual currencies like bitcoin, is taking baby steps in India.
By Kanishka Gupta | Print Edition: August 14, 2016 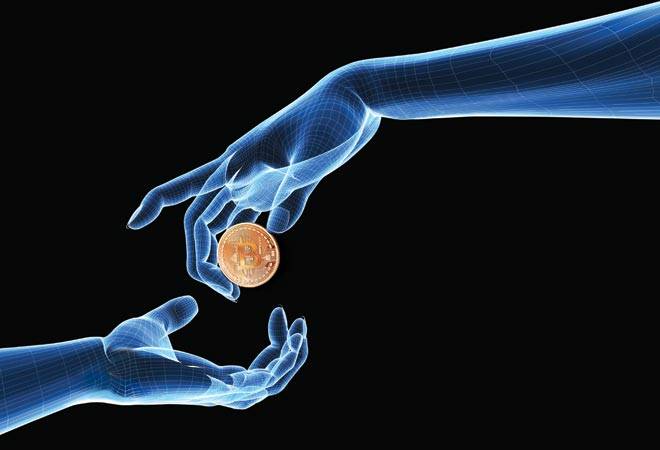 Imagine a world where it is no longer necessary to validate any sale or purchase - no receipts, no bank documents, no registering the acquisition or disposal of, say, property, with the concerned government department. The very act of buying or selling puts it on record. Nor is any excessive due diligence required before taking a commercial decision, barring keying in a code - all the information needed is available at one place. Such a scenario is possible if an emerging technology - rather, a novel kind of code writing - which has become a buzzword in financial technology circles the world over, takes root: blockchain technology. It is still at an early stage, but at least two Indian companies, Wipro and Infosys, are known to be working on blockchain-based IT solutions. Infosys, for instance, is looking at an industry agnostic framework that can help organisations to leverage the blockchain technology to be more efficient, transparent, affordable and benefit from the eco-system participation.

The key problem, while engaging in any transaction is that of trust: can one trust the other party (or parties)? This prompts the need for legally binding stamps and seals and keeping of records. Many centuries ago, when populations and commerce were both a tiny fraction of what they are now, some communities maintained a ledger of all financial transactions, which was open to public scrutiny. (In fact, even social transactions such as marriages were recorded in it.) Whatever went into the ledger acquired the status of truth. Gradually, as records grew voluminous, keeping them became the function of government departments and banks, and they were no longer freely available to the public.

Photo: Raj Verma
Blockchain technology brings back the public ledger in its 21st century, digital avatar, with the option of offering both limited and unlimited access. This concept - that a contract could be self executing, without ratification by any authority, generated and governed entirely by computers - was first considered in the US in the 1990s, but was not pursued too far then.

Blockchain can make this a reality. It is a decentralised database that stores information, whose authenticity can be taken as given. It enables two entities who do not know each other to reach an agreement without a witness to validate it.

A bunch of related inputs forms a 'block', which is then chained to the next block using a cryptographic signature, thus becoming part of a digital ledger. If the ledger is for restricted viewing, it is called a 'permissioned' ledger; if open to all, it is 'un-permissioned'. "Blockchain technology is more than just a database as it can also set rules about individual transactions or the business logic that is tied to each transaction," says Sunny Ray, co-founder and President of leading Indian Bitcoin company, Unocoin. "This makes it different from conventional databases, where rules are usually set for the entire database or in the application, not in the transaction."

One of the key applications of blockchain technology is in digital currencies. Hundreds of such crypto-currencies have been created, with an estimated market cap of $13 billion, but the best known among them is Bitcoin. Bitcoins, which are now accepted as valid currency by leading online payment portals like PayPal, are estimated to be in the region of 25 million globally, with 25 Bitcoins being generated every 20 minutes. In the next 100 years, the total number of Bitcoins to be generated has been estimated at 21 million. Bitcoins have even reached India, where their adoption is said to be growing at 200-300 per cent annually. The turnover of the three leading Bitcoin players in India, Coinsecure, Unocoin and Zebpay, is estimated at around Rs 300 crore, with a cumulative user base of 100,000.

It is blockchain technology that powers the Bitcoin and currencies like it, enabling each Bitcoin to include a complete record of its use ever since it was mined. While paper currency is printed by governments, Bitcoins are produced through computer systems by people known as miners. The miner aggregates a relevant number of recent transactions into a block, and then works on algorithms to generate an identifier for the block, called a hash. If he succeeds in producing a hash that can fit into the Bitcoin blockchain of past transactions, he is rewarded in Bitcoins, depending on the amount of effort he has put in.

Apart from creating blocks, miners also verify transactions. Every Bitcoin transaction, for instance, is communicated along its entire blockchain and recorded in its ledger, so everyone in the system knows it has taken place. "Bitcoin is the first crypto-currency in the market which has proved that money can be transferred without a bank," says Prateek Bagaria, Member of International Disputes and Innovation Practice groups at Nishith Desai Associates. Ray of Unocoin is equally enthusiastic. "Economists are calling the Bitcoin-blockchain protocol the ultimate trust machine," he says. "We have seen how Open Data changes the way we relate to the state. The blockchain will similarly change the way we relate to financial markets, supply chains, consumer services, business-to-business services and publicly held registers." Bagaria, noting that Bitcoins are finite at 21 million and cannot be endlessly printed like paper currency, adds: "We are going back to the era of gold where there was limited availability of resource. This will help in creating stabler price determination." But Bitcoin is just one example of a blockchain. Another is Ripple, which unlike Bitcoin is not public, but is used by many large banks and financial companies like UBS and Visa to record internal transactions. Bankers are unanimous that blockchain enables much faster banking transactions than conventional programmes, and also minimises the chances of fraud. "Wipro and Infosys are both working on blockchain solutions for banks," says Vishal Gupta, CEO, Searchtrade.com, which is building a decentralised search engine (or an engine that does not depend on a single server, but is linked to a number of them). But while such private distributed ledgers may well lead to marginal improvements, the real game changer will be the open source ones.

Real estate deals are a major source of dispute in India, but accurate and accessible records, maintained in a blockchain, can do much to reduce them. They can protect owners' rights and prevent fraud. In Honduras, South America, this has already been done - whenever there is a change of ownership, it is recorded publicly. "Making changes in old records can be prohibitively costly," says Ray. "Since the Bitcoin blockchain is the most secure, it makes sense using it to store records of property ownership. Correctness is guaranteed by the protocol rules and the owner can be identified using public key cryptography." There is a means of associating real world assets with Bitcoin addresses called 'coloured coins', which can include not only real estate but also cars, phones, etc, as well as non physical assets such as company shares or access rights to a remote computer.

Or take the leave and licence agreements made while renting houses, which are again the source of many subsequent conflicts. Sometimes tenants who do not pay rent on the agreed terms have to be evicted. "The locks of a house can be connected to the Internet of things and be blockchain controlled," adds Bagaria. "The locks and the bank accounts involved can be put on the blockchain. If the agreed sum is not transferred regularly in time, the blockchain can lock the tenant out of the house." There are now over 10 stock exchanges around the world exploring blockchain technology to maintain records of asset ownership. In late 2015, US stock exchange Nasdaq launched a blockchain prototype called Linq, which facilitates trading and tracking of shares. It is currently being used in a Nasdaq subsidiary in Greece, but will be brought to the main bourse soon. It is also experimenting with ways in which blockchain could expand the reach of stock exchanges to include new asset classes. Other exchanges keen on incorporating blockchain include Australian Securities Exchange (ASX), CME Group, Deutsche Borse, Dubai Multi Commodities Centre, Japan Exchange Group (JPX), Korea Securities Exchange, London Stock Exchange, New York Stock Exchange and the TMX Group.

Power consumption can also be tracked by putting smart meters on a blockchain. The meters communicate with the power grid using 'Internet of Things' (IOT) technology and can enable deduction of payments from consumers without any human intervention. The smart contract can even be made to work in tandem with the smart grid - cutting off power, for instance, to those not paying back their loan instalments.

In India, plugging leakages in subsidy payments and reducing non-performing assets of banks are top priorities of the government. Both these will be aided by the adoption of blockchain technology. "Blockchain will lead to more transparency in the delivery of government services," says Gupta of Searchtrade.

After the internet, the blockchain is one of the most disruptive technologies that has the potential to bring down many traditional business such as clearing houses and exchanges due to its public ledger and distributed ledger features, according to Rajashekara V. Maiya, Head - Finacle Product Strategy, EdgeVerve (a subsidiary of Infosys). "As a technology, we believe that it can bring in transparency, speed, security and efficiency into transaction processing and operations across industries. Hence, we have invested in R&D and are also getting our people trained on Blockchain & distributed ledger technologies," says Maiya.

As a global IT leader, India needs to step up its efforts to maximise the benefits of blockchain, to make the public sector more transparent and the economy stronger. "Once the government and PSU banks fully embrace the transformative power of public blockchains like Bitcoin and ethereum (another crypto-currency) the future is bright," says Ray. Gupta puts things in perspective. "Digital is a technology of yesterday which we are adopting today. Blockchain is a technology of tomorrow which we should adopt today. We should move gradually to blockchain," he concludes.

The author is a Delhi-based BFSI consultant and writer.

Duvvuri Subbarao's tell all book, a first from a Central banker