It's only a few days since tractor maker Escorts's controversial and complicated proposal - strongly opposed by IIAS - to merge three group entities with itself got its shareholders' nod. Tandon is not too surprised. "Shareholder activism is still in its adolescence in India," he says, sitting in IIAS's 15th floor office at the Bombay Stock Exchange (BSE). 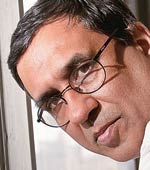 Shareholder activism is still in its adolescence in India: Amit Tandon
Escorts joins the swelling ranks of companies advisory firms such as IIAS and Bangalore-based InGovern Research Services have trained their guns on recently for alleged unsound corporate governance practices related to intra-group mergers and acquisitions (M&As). Several other companies are also in the firing line, including Fortis Healthcare, Shriram Transport Finance Company (STFC), Akzo Nobel India and Sterlite Industries.

From the Mag:Ensuring equal rights in mergers and acquisitions


These advisory firms chorus that intragroup amalgamations are often a ploy by promoters to stealthily enhance their control over and boost valuations of group companies - a charge vociferously denied by promoter groups. There have been pitched battles, though the promoters have prevailed more often than not.

Escorts has been under a cloud ever since its board decided to merge three affiliates with itself in February. These include its wholly-owned subsidiary Escorts Construction Equipment Ltd (ECEL), and two associate firms, Escotrac Finance & Investments Pvt Ltd and Escorts Finance Investments & Leasing Pvt Ltd (EFILL), that together held 19.3 per cent in the listed entity. The merger of our fi rms will allow private equity investor TPG Capital a better exit option: R. Sridhar
While Escorts claims the objective was to create a bigger, more profitable company, IIAS and InGovern Research assert it is an attempt by the promoter family to gain greater control over the company surreptitiously.

The promoter holding in Escorts was 31.7 per cent pre-merger, including the shares acquired by the promoters in April and stakes owned by Escotrac and EFILL. While merging the three entities with itself, the shares held by the group firms have been transferred to a trust controlled by the promoters, which now holds 30.4 per cent shares in the company. The promoter family's direct holding in Escorts has fallen from 12.4 to 10.7 per cent post-merger, but its total control, direct and indirect, of Escorts has increased from 31.7 to 41.1 per cent due to the transfer of shares to the trust, according to IIAS. Escorts, though, rubbishes the claims. G.B. Mathur, Executive Vice President, Law and Company Secretary, Escorts, says independent directors will control the shares lying with the trust. "To impute otherwise is mischievous and repugnant," he says.

As surprising as the Escorts plan - to investors and analysts alike - was Fortis Healthcare's decision last September to acquire Singapore-based Fortis Healthcare International, wholly-owned by its promoters Malvinder and Shivinder Singh, for $665 million. Analysts felt that the company was overvalued and the acquisition would pile debt onto the books of Fortis Healthcare. "The valuation was nearly 13 times EBITDA, which is a huge premium.

Pre-acquisition, Fortis Healthcare's debtto-equity was about one, now it's more than 2:1. The gross debt on its books is now Rs 6,500 crore," says Siddhant Khandekar, an analyst with ICICI Securities. EBITDA is earnings before interest, taxes, depreciation and amortisation, and is one of the measures used in valuation of companies.

The result was a flight of investors from Fortis to its peer Apollo Hospitals between September 19, when Fortis made the announcement, and March 31, when the financial year ended, says Khandekar. While the Fortis stock fell by 30 per cent during that period, Apollo's rose 22.3 per cent. Fortis did not respond to BT's questions.

Amit Jain, Managing Director of ANIL, says the merger will make the group an integrated coatings and chemicals provider. ANIL is a decorative paints company, while the three group firms are focused on industrial paints and chemicals.

"Now (post-merger), we have the portfolio and geographic presence to enter markets which we could not access in the past," he said in a letter to shareholders in May. A section of the investors, though, believe that while it made sense for Akzo Nobel to have one entity instead of four, the valuation was skewed in favour of the unlisted companies.

Shriram Subramanian, Managing Director of InGovern Research, wrote in a February 2 report that given "the sketchy disclosures made by the company, the nebulous valuations presented to investors, the one-off write-offs and unsecured loans, and the disproportionate dilution of public shareholders", investors should vote against the resolution. Anand Shah, an analyst with UK-based financial services company Elara Capital, also found the initial disclosures made by the company about the group entities inadequate.

"The main cause for the perceived misunderstanding by a section of investors was absence of information about the merging companies. In hindsight, we could have been more proactive in bridging this gap," says ANIL's Jain.

Anil's court-convened meeting of shareholders on February 7 in Kolkata was full of drama. While a majority of the shareholders owning more than one per cent of the company were said to be opposed to the merger, two key investors - UTI Mutual Fund (UTI MF) and ICICI Prudential Life Insurance Company, with a 6.54 per cent stake together - abstained from voting. The resolution was eventually passed but not comprehensively. Whereas more than 25 per cent of votes are needed to block a special resolution, 23.15 per cent opposed it. UTI MF and ICICI Prudential did not respond to BT's queries.

A much smaller amalgamation too has also come under scrutiny recently - the merger of Shriram Holdings (Madras) Pvt Ltd (SHMPL) with STFC. SHMPL and Shriram Capital are the promoters of STFC.

R. Sridhar, Managing Director and CEO of Shriram Capital, says the merger will allow private equity investor TPG Capital, which holds 49 per cent in SHMPL, a better exit option as post-merger it will hold a stake in STFC.

InGovern Research advised institutional shareholders in STFC to oppose the resolution seeking the merger, subsequently approved by investors. Its contention was that the swap ratio favours the promoter arm.

SHMPL holds 9.33 crore shares, or 41.26 per cent in STFC, and Shriram Capital holds 4.38 per cent. Post-merger, shares held by SHMPL will be cancelled and STFC will allot 9.38 crore equity shares to shareholders of SHMPL.

"Without any stated reason, the proposed share-swap is tilted in favour of the shareholders of SHMPL. As SHMPL's sole business is its holding of STFC's equity shares, the rationale of allotting an excess of five lakh equity shares is not disclosed by the company," says an InGovern note. Queries sent to STFC shareholders, Ontario Teachers' Pension Plan and Stichting Pensioenfonds ABP, the largest Dutch pension fund, went unanswered.

Investor groups believe that intra-group transactions escape close scrutiny in India. Investors would rather exit a company than stay on and fight, unlike their counterparts in the developed markets, according to Tandon. For instance, Bajaj Allianz Life Insurance and SBI Mutual Fund, which together held 2.39 per cent in ANIL at the end of the December quarter, pared their stakes in the following quarter. Similarly, Reliance Mutual Fund sold nearly half its eight per cent stake in Escorts to the promoters in April.

Intra-group transactions came under the scanner in December 2008 when Ramalinga Rajuowned Satyam Computer Services announced the acquisition of unrelated group companies Maytas Infra and Maytas Properties. This deal, which was later called off, was the first indication of the Rs 7,800 crore fraud at Satyam.

Two months later, realty major Hiranandani Group had to call off its plan to merge Hiranandani Development with Hirco, listed on the London Stock Exchange's Alternative Investment Market, owing to opposition from investors, primarily Laxey Partners. Unlike in India where funds prefer to divest their stake in a company if they are uncomfortable with its plans, Laxey fought for a rollback before parting ways with Hirco.

We do not vote unless there is something detrimental to the interest of our investors: Nimesh Shah
India still cannot boast of any high-profile activist investor. The US has the likes of hedge fund manager Daniel S. Loeb, the Yahoo! shareholder responsible for ex-CEO Scott Thompson's exit over a fake college degree claim, and 'corporate raider' Carl Icahn, who is forcing changes at Oklahoma-based Chesapeake Energy. Even investors known for their activism in India have mostly been foreign funds. For instance, the London-based Children's Investment Fund has been threatening to take Coal India to court over its fuel supply agreements. US-based T. Rowe Price, which holds 26 per cent in UTI Asset Management Company (UTI AMC), has made its displeasure known to the government over the appointment of former UTI AMC Chairman U.K. Sinha's successor.

Indian institutional investors need to collaborate and take a principled stand on many issues, according to InGovern's Subramanian. "Global pension funds, mutual funds, endowments, foundations, etc, have detailed guidelines and send annual letters to companies on what they expect of their investee companies from the corporate governance perspective," he says.

Virendra Jain, President of Delhi-based Midas Touch Investors Association, attributes the poor investor activism to a "toothless regulatory framework". Tandon feels differently. "Indian funds tend to tiptoe around issues. They do not want to vote against an important resolution as they fear it could affect their relations with the company," he says.

Thus, while the recent spate of intragroup mergers have sparked off a muchneeded debate on corporate governance standards in India, a lot of ground still needs to be covered.