Economic Survey 2017/18 expects private investment and exports to spur growth. It may be far off the mark. 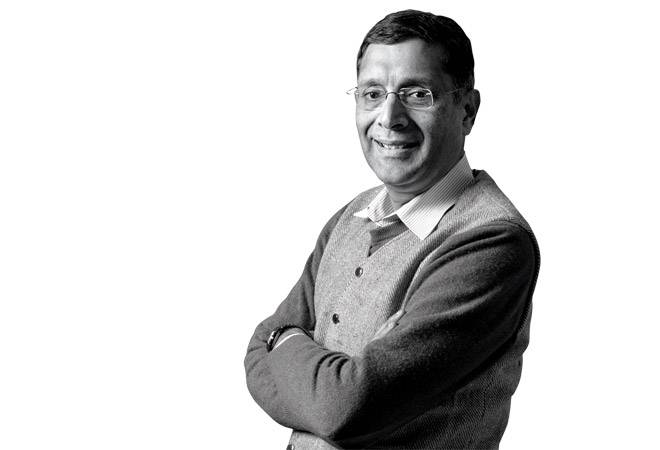 On January 30, two days before the Narendra Modi government announced a rural and agriculture centric Union Budget, the NDA governments fourth Economic Survey for 2017/18 was tabled in Parliament. The document provides an analytical overview of the economy during the year. Prepared by the finance ministry's chief economic advisor (CEA), Arvind Subramanian, and his team, the survey estimated that India's GDP would grow 6.75 per cent in 2017/18 and 7-7.5 per cent in 2018/19. It identified private investment and exports as the two engines that can propel the country's economic growth.

The views expressed in Economic Surveys are not sacrosanct. Union Budgets often take a different path than the one taken by the surveys. Finance Minister Arun Jaitley also seems to have done that while coming out with a Budget that overtly attempts to appease the rural and agrarian vote base. There aren't too many measures - other than the infrastructure push - aimed at incentivising or hastening private investments. Budgetary support to promote exports, other than a long-term plan to promote agri-exports, is also not very clear.

Is that the reason why the current year's Survey remains silent on the the "sweet spot" that India was supposed to be in terms of economic development potential ever since the Modi government took charge in 2014? In fact, all three Economic Surveys prior to the latest one had mentioned this "sweet spot".

It was in February 2015 that Subramanian first wrote about a "momentous opportunity - rare in the history of nations" that awaits the Modi government as it was about to present its first full-year Budget for 2015/16. "India has reached a sweet spot in which it could finally be launched on a double-digit medium-term growth trajectory," the Survey stated. The "sweet spot" Subramanian referred to was the strong political mandate Prime Minister Modi had got, benign external environment and challenges in other major economies that made India an attractive investment destination. "The macro-economy has been rendered more stable, reforms have been launched, the deceleration in growth has ended and the economy appears now to be recovering, the external environment is benign, and challenges in other major economies have made India the near-cynosure of eager investors", it pointed out. A year later, the Economic Survey 2015/16 retained Subramanian's confidence and mentioned that India continues to be a refuge of stability and an outpost of opportunity. But it asserted that the sweet spot was there "for now, but not indefinitely". The Economic Survey 2016/17, months after demonetisation, called for "shifts in the underlying vision to overcome the major challenges ahead. Such 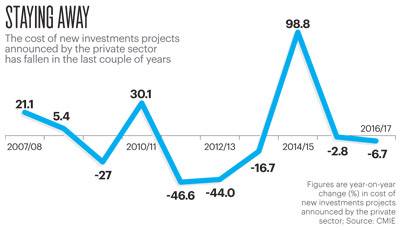 measures will be critical in ensuring that that sweet spot is enduring not evanescent." The February 1 Budget presented by Jaitley was the last full Budget of the Modi government. The obvious question that will dominate debates and discussions ill be this: How did the economy perform during the Modi regime? Depending on whom you listen to, the answers will vary. Perhaps the last four Economic Survey, which talked about the state of Indian economy since 2014, will give an objective answer.

Economic Survey 2014/15 expressed high hopes in India's ability to utilise the then prevailing low commodity and oil prices situation to its advantage. The challenge before India, it stated, was to wipe every tear from every eye of the still poor and vulnerable, while affording opportunities for increasingly young, middle-class and aspirational India to realise its limitless potential. The proactive support that was expected from the government included a well-functioning, well-targeted, leakage-proof safety net. It highlighted rural stress among farmers and labourers, advocated technology-based direct benefit transfers and said that the growth trigger cannot come through private investment that remained subdued due to a combination of factors-weak corporate balance sheets, an impaired banking system, deficiencies of the public private partnership (PPP) model in infrastructure, etc. While it wanted private investment to remain the main engine of long-run growth, it stated that in the short- to medium term, as the near-intractable problems get slowly resolved, public investment, especially by the railways, will have to play a catalytic role. It wanted manufacturing and trade and 'Make in India' initiative to play a pivotal role in pushing growth. In 2016/17, the Survey noted that while private investments were not picking up, government-pushed consumption, in the form of the implementation of the 7th Pay Commission salary recommendations, helped growth.

Fast forward to 2017/18. The Survey notes that "fiscal deficits, current account and inflation were all higher than expected, albeit not threateningly so, reflecting in part higher oil prices-India's historic macroeconomic vulnerability". Similarly, the Indian economy's competitiveness has had to contend with the real effective exchange appreciating about 21 per cent since January 2014. The Survey's suggestion for the medium term also indicates that the key areas where the government had promised to bring in a major change - finding good jobs for the workforce, creating an educated and healthy labour force and raising farm productivity while strengthening agricultural resilience - remain an unfinished agenda.

While exports did contribute to GDP growth in a significant manner during the economic boom in the pre-Modi era, 20 per cent-plus export growth every year for a long period has become doubtful in a world that has become protectionist. Even services exports, led by IT services, are facing hostile governments, including in their biggest market, the US. Increased indirect tax revenue due to the implementation of the Goods and Services Tax (GST), additional direct tax flow due to the enhanced tax base, and the return of private investment after timely resolution of the stressed asset problem are what the government is pinning its hopes on.