The steep fall in crude prices has helped prop up the government's balance sheet, but benefited the consumers only partially. Is the Centre now willing to lower excise duties to contain retail prices?
by Sumant Banerji | Print Edition: February 12, 2017 On May 26, 2014, the day Narendra Modi took oath as India's 14th Prime Minister, Brent crude price was hovering at $106 a barrel in the international market. In the next three months it went up a shade higher at about $109. The following 18 months, however, saw Brent prices crashing to the $28 levels. It not only helped the government to bring down the import bill, but also allowed it to replenish its money chest - the Centre deregulated diesel prices, but maintained higher duties on petroleum products to generate more revenues. As a consequence, the consumer got little out of the fall in crude prices.

The latest round of price revision - an exercise that happens every fortnight since the deregulation - on January 14, however, resets at least a part of that story. While retail petrol price, at Rs 71.14 per litre in Delhi, is at its highest since May 2014, diesel price has touched an all-time high of Rs 59.02 per litre; this, despite the fact Brent crude is at almost half the May 2014 levels at $53.78 per barrel.

The primary reason behind the existing levels of high fuel prices is the higher levels of taxes and duties, besides the appreciation of the Indian rupee against the US dollar. Excise duties, in fact, have been hiked a record nine times between November 2014 and January 2016. Clearly, the government will not be in a position to squeeze the oil sector anymore. While the Centre required the revenue from the sector to fund its various welfare schemes, pay more wages to its employees and defense personnel, it will now have to look at other alternatives.

A case for reducing the elevated tax levels is being made, considering the government had hinted at reducing tax rates in the past. But will it walk the talk?

It would not be an exaggeration to say that the fall in crude oil prices had allowed Finance Minister Arun Jaitley to breathe a little easy in the 32 months that he has been in office. As crude prices declined, it brought down under recoveries from Rs 1.39 lakh crore in 2013/14 to just Rs 11,514 crore in 2015/16. This fiscal, it is expected to reduce further at Rs 7,826 crore. The subsidy bill for the petroleum sector, which was borne by the Centre, also came down from Rs 85,480 crore in 2013/14 to Rs 26,947 crore this year.

Add to that the lower import bill on oil, which helped contain fiscal and current account deficits. With 80 per cent of its oil needs imported, India is one of the largest consumers of crude. In 2014/15 it had imported 189 million metric tonnes of oil for $112.7 billion. Last fiscal, it imported 202 MMT for $64 billion, while the 2016/17 import bill is expected to be about $66 billion.

"The fall in prices has been very beneficial to the government. Subsequent increase in excise duties enabled it to keep fiscal deficit in check," says Dharmesh Kant, Head, Retail, Motilal Oswal Securities. "We have also seen that prices do not have a bearing on consumption. A growing economy like India will consume more energy. It does add to inflation but even that has been controlled. However, I think there is no scope left to increase duties anymore."

Increased taxation had also given the government a windfall in tax revenues to fund its various welfare schemes. In the 32 months that the government has been in power, excise duty on every litre of petrol and diesel has gone up by Rs 11.77 and Rs 13.47, respectively. In 2015/16, central and state governments received Rs 418,652 crore from the oil sector, either by way of indirect taxes, such as excise duty and VAT, or as dividend payouts from state-owned oil marketing companies, including IOC, HPCL and BPCL. In the first half of this fiscal alone, the sector has contributed Rs 224,145 crore to the exchequer. From being a headache for governments in the past, the petroleum and oil sector today symbolises savings as well as revenue generation - a luxury the UPA government of 2013/14 never had. On the sidelines of the International Energy Forum in Algiers in September 2016, the Organization of Petroleum Exporting Countries (OPEC) - a group of 13 nations that controls 42 per cent of global oil production - struck a deal to limit production of crude oil to revive prices. This was the first time since 2008 that OPEC had decided to cut production. Two months later, it said it would produce over 3 per cent less crude from its wells from January. The announcements triggered a rally in global prices.

It has, however, not impacted the finances of the government. Between April and December 2016, indirect tax collections went up by 25 per cent while central excise duty, which is a subset of it, rose 43 per cent over the same period in 2015/16. Almost 70 per cent of excise duties mopped up by the government are accounted for by the petroleum sector. The rise in crude prices is yet to show, but the pressure for a reduction is building.

"The government in the states and at the Centre treats this sector like a cash cow. They did not pass on the entire benefit when international prices came down and opted to fill their own coffers instead. Now when prices are inching up they should also share the burden and reduce taxes," says Ajay Bansal, President, All India Petroleum Dealers Association. "Their view is very myopic. Rather than squeezing this industry they should broad base the tax system. Oil contributes to every sector, so low prices mean better profits all over. Moderate oil prices would still mean good tax collections because other sectors will do better."

So far, the government has dithered on the topic. It needed the revenues from the sector to boost public spending at a time when private sector investments were almost nil. This fiscal, the government's total expenditure - as laid out in the Budget - is at Rs 19.78 lakh crore, which is 10.8 per cent more than the revised estimates of 2015/16. The implementation of the 7th Pay Commission recommendation for the 100,000 central government employees, which was not fully considered in Budget estimates, is an added burden. 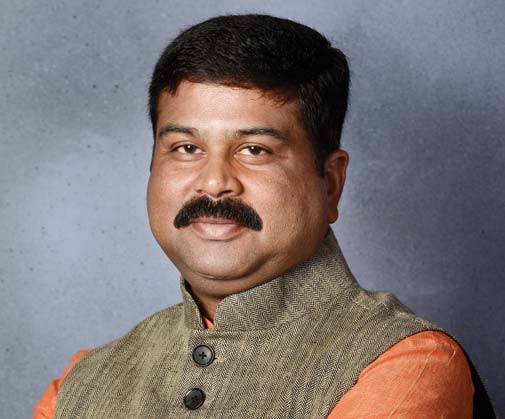 “The government treats this sector like a cash cow. They did not pass on the entire benefits when prices were down and filled their own coffers” AJAY BANSAL President, All India Petroleum Dealers Association

The reluctance to cut duties, therefore, is obvious. In July 2016, Chief Economic Advisor Arvind Subramanian had suggested that a 50:50 burden-sharing mechanism should be adopted, but only when crude oil breaches the $65 a barrel mark. "Every incremental $5 per barrel increase in global oil prices would translate into a Rs 2-2.1 per litre increase in retail prices if the 50:50 burden sharing mechanism is followed," he had said in an approach paper.

Any reduction will also have significant repercussions for the government. Every Rs 1 cut in excise duty would cost the exchequer Rs 3,500 crore on petrol and Rs 9,000 crore on diesel for a full year. Low prices had allowed the government to make a smooth transition from the subsidy era to one that is decided by market forces. A throw back to those times has not only been ruled out, but may not even be required. The tougher call, however, is whether the Centre will be willing to settle for lower revenues.

"There will be no going back to subsidisation. Subsidies are anti-poor. Subsidy should be given only to needy persons and not to people who can afford," says Dharmen-dra Pradhan, Minister of State (Independent charge) for Petroleum and Natural Gas. "We had passed on 50 per cent of the benefit of the slump in oil prices to the consumers and the remaining 50 per cent was recouped by way of raising excise duties. This additional revenue was used by the government to fund infrastructure and social projects. If needed, we can look at reducing duties so that prices do not pinch consumers too much."

Global investment firm Goldman Sachs, last month, revised its second quarter 2017 Brent crude price forecast at $59 per barrel. India would hope its prediction holds true for the rest of the year as well. ~