Peer-to-peer (P2P) lending is catching on in India, but the risks for tech-savvy lenders are enormous.
By Anand Adhikari | Print Edition: July 31, 2016 Click here to Enlarge
In February, the Chinese peer-to-peer (P2P) lender Ezubao came under the domestic regulator's scanner for running an online Ponzi scheme. And in the US , governance issues dog one of the largest P2P lenders globally - Lender's Club. The misdeeds of Ezubao and Lenders Club have revealed the risk for investors, looking to earn superior returns, in a loosely regulated P2P industry. In the UK, probably the first country to come out with investor friendly regulations, there are already talks of further tightening regulations to protect investor interest.

The apprehensions are quite justified as the fast expanding industry is projected to grow to $150 billion or more by 2025. The P2P business model is taking baby steps in India with a little over two dozen players. The potential for P2P lending in India is immense: the outstanding personal loans amounted to about Rs 2,95,800 crore in March 2016. There is a huge market outside banks, which is serviced by NBFCs and money lenders. The Reserve Bank of India (RBI), quick to notice the high interest among the new class of investors, has come out with draft regulations. There are already deliberations and hectic lobbying amid some criticism of the RBI's proposed guidelines. But the central bank clearly believes its time to act.

Currently, P2P online players are registered under the Companies Act and are largely unregulated. The people behind these fintech startups are either technocrats or young entrepreneurs. For example, the promoter of P2P start-upFaircent, Rajat Gandhi, has a background in building portals, e-commerce and digital advertising. Rohan Hazrati, founder of Rupaiya Exchange, another player, previously worked in auto ancillary and consultancy firms. i-lend founders, V.V.S.S.B. Shankar and Niti Gupta, had earlier worked with TVS Electronics. So far, no hard-core bankers are launching P2P platforms. Surprisingly, global Indian bankers, too, aren't interested. Citgroup Inc CEO Vikram Pandit is associated with an NBFC, JM Financials, in which he also took a stake. Stan Chart's veteran global banker Jaspal Bindra has taken up the chairmanship of another NBFC, Centrum Finance, and he will also own some equity stake. RBI's draft guidelines talk about putting a 'fit and proper' criterion for CEO, promoters and board of directors. It has also suggested that a reasonable proportion of board members have a financial sector background. 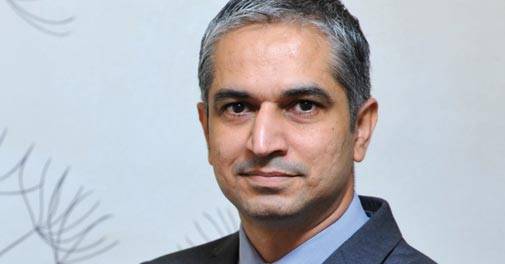 "Transparency is very critical and important in a P2P model. UK has placed strong emphasis on transparency in its regulations and publishes all loan books"

These new matchmakers are mainly targeting self employed and young, non-salaried class as their borrowing clients. Funds are mobilised from professionals, traders and other high net worth individuals. The entire responsibility is on the shoulders of these new P2P entrepreneurs to do the due diligence on borrowers and lenders. Many bankers question their ability to do so given their inexperience in the lending business, which requires a strong knowledge of underwriting skills and expertise in making an assessment of risk return, borrowers' credit worthiness, geographical profiling and analysing credit bureaus data.

In the past, there have been instances of building volumes by following lax credit standards or private equity and venture capital players calling the shots to grow the business rapidly.

In the past, regulators have been very cautious where public money is involved. For example, the RBI has often avoided giving banking licences to individuals. Global Trust Bank experience continues to haunt regulators - the bank set up by professional Ramesh Gilli was entangled in the Ketan Parekh scam. Similarly , Jignesh Shah's National Spot Exchange Ltd (NSEL) was embroiled in one of the biggest commodity exchange frauds in India.

The biggest risk to a P2P platform comes from the product itself, which is a small ticket size unsecured personal loan without any collateral. Indeed, an unsecured loan segment is historically known as a problematic segment along with credit cards and education loans. In the past , the NPAs in these unsecured loans for bankers are in excess of 10 per cent of gross advances. But a high interest rate acts as an incentive for such lending. P2P players are in the same boat. In the past, Citigroup's Citifinancial, Stan Chart's Prime Financial, HSBC's Pragati Finance and Tamasek's Fullerton - all NBFCs focused on small loans - have suffered losses in the small ticket-size unsecured loans.

Unlike in banks or NBFCs , the credit risk in a P2P platform resides in the books of the lender or investor. There is every possibility of the platform attracting gullible investors chasing higher returns than fixed deposits or the debt market. Unlike banks that have savings and credit history of borrowers or understanding of borrowers behaviours for 10 to 20 years, P2P players largely depend on credit bureaus for assessing the credit worthiness of borrowers. Not all borrowers are part of credit bureaus in India. "They (P2P players) don't have any historical data to build risk models," says a banker. P2P players are, however, frank in admitting that they are offering a risk product , which is not similar to saving deposits. "It's like a stock market investment. You have safest blue chip, moderate risk mid-cap and high risk smallcap for investment. The investors or lenders in a P2P platform have to take a call based on their risk appetite," says Rajat Gandhi, CEO and Founder of Gurgaon based P2P player Faircent.com.

P2P players point out that there will be diversification of the product basket in the near future to mitigate risk. In China, for instance, players such as Credit Ease have diversified into mutual fund and wealth management products. In India, people are talking about expanding the product basket to include mortgages. But it is easier said than done. "Individuals don't have patience to hold on to mortgages where the tenure is 10-20 years," says a banker. Globally, as the P2P model scaled up , the funding side has been dominated by institutions. "The lending side has begun to focus on specific segments such as students and small business loans," says Jhajhria. Jungkiu Choi, Head of Financial Institutions Practice, Asia Pacific at A T Kearney, puts the risk element in perspective for India's nascent P2P industry. "The challenge in India is lack of credit infrastructure than regulations," he says. "The infrastructural issues include national identity cards, credit bureaus, identify or residence verification agencies and also collection issues." Today, banks and financial institutions accept multiple documents as proof of age, identity and residence. There are only a paltry 220 million PAN cards for over a billion people. There is a large base of voter IDs, but it is not an authenticated document for financial transactions. Similarly, the ration card is also accepted as a KYC (know your customer) but there are numerous cases of people making fake ones. The Aadhaar card, too, is not accepted as the sole identity proof for Indians. There are, then, several obstacles before P2P players as they scale up their business. The US, UK and even China have well developed credit infrastructure in place. P2P players are solely dependent on the credit bureaus where all the banks and the financial institutions share their data of customers loan outstanding or default. But bureaus in India are still in an evolutionary stage. Today, they rely heavily on banks' data. Utility, insurance and telecom companies are not part of the data sharing - such additional data, if available, would provide good insight on borrowers' behaviour who want small ticket size loans. "Self help groups (SHGs) created mainly in rural and semiurban areas are not covered by the credit bureaus as banks give loan to a group of borrowers," says Manish Sinha , Country Head at Equifax India. The loan is registered in the name of the leader of the group for an SHG.

The lack of insurance or guarantee is another lacuna. In the banking system, there is a Deposit Insurance and Credit Guarantee Corporation (DICGC) - it provides insurance for depositors up to Rs 1 lakh. Globally, there are emerging models that protect lenders on a P2P platform. 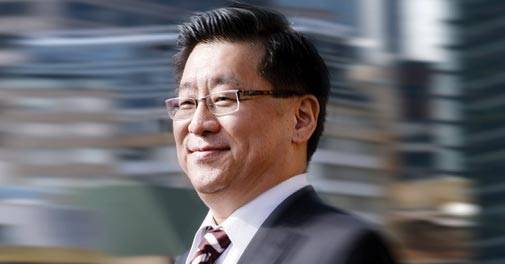 Jungkiu Choi, Partner and Head of Financial Institutions Practice for Asia-Pacific, AT Kearney

"The challenge in india is more about credit infrastructure than regulations"

In China, Lufax, a P2P platform owned by insurance giant Ping An Insurance, offers a partial insurance to lenders for any default by a borrower. Lufax is actually using the balance sheet of Ping An Insurance to provide such a guarantee. The credit guarantee system doesn't exist in the Indian P2P industry as players are individuals with no financial backing of institutions.

Cyber security is another challenge for the P2P industry. The RBI in its latest financial stability report warned about hacking threats. "It can cause significant disruptions in the services of these fintech ventures apart from risks related to sensitive customer information and cyber frauds," states the RBI in its report. Finally, there are challenges in recovery because of delays in the existing legal system. Even large banks find it difficult to recover money. Imagine a small investor or lender approaching the court for recovery of a small loan - the legal cost alone would cost him much more. In fact, there is also a possibility of the P2P platform and individual investors or lenders getting into a dispute. Theoretically, lenders cannot sue the P2P platform for recovery as they are only facilitating the transaction and providing the required information on borrowers based on records of credit bureaus.

In its draft guidelines, the Indian regulator has proposed regulating P2P platforms as non banking finance companies (NBFCs). "It may be the right time now and it can be light touch," said R. Gandhi, Deputy Governor, RBI recently in a seminar. Some players have dubbed RBI's move as stifling innovation and killing the industry's growth. Many wonder why RBI is talking of leverage ratio (maximum limit to lending) as P2P platforms are not lending from their own book. "Regulations are actually quite important to make sure that you protect and nurture an industry till it grows big enough to self regulate or run itself in a capable manner," says Sinha of Equifax. PWC's Jhajhria says that the objective should be to grow the P2P industry in a measured way. "That's what RBI is trying to do through its draft regulations," says Jhajhria.

The RBI's draft paper suggests direct transfer of funds from lenders to borrowers' accounts. "The idea is to prevent money laundering. But as you scale up the platform, there will be challenges with multiple lenders for a single borrower account," says Jhajhria. "An escrow account that takes into consideration all money laundering concerns would be ideal," he adds. Many are not ruling out competition from banks in terms of online model, faster clearance and lower interest rates. HDFC Bank, for example, doles out a personal loan in 10 seconds to existing customers, while for non-customers, an instant approval is given in half an hour.

P2P players would be severely tested during a big upheaval in the economic cycle. India, for example, saw NBFCs downsizing on a big scale after the 2008 global downturn. "There is not enough data on NPAs. In the credit world, you need to see 20 years data to judge," says Choi of AT Kearney. China, with 8-10 years of P2P lending, is already witnessing instances of fraud and governance issues. Countries like Japan and Israel have prohibited P2P players from borrowing and lending. There will certainly be some merit in their decision. Adair Turner, former chairman of Britan's Financial Services Authority, recently warned of the huge risk countries are taking in encouraging a P2P marketplace model. "The losses which will emerge from P2P lending over the next five to ten years will make the bankers look like lending geniuses," he remarked. Clearly, the RBI's move to regulate the industry may well be timely.