Muskaan Sodhi, a globetrotter and fitness junkie, has gained a huge following on Instagram

Who is Muskaan Sodhi? Dressed casually in a white crop top, ripped jeans and white sneakers, when she alighted from a chauffeur-driven white Jaguar to meet me at our sprawling, sunny studio in the National Capital Region, heads turned, and some did a double take. The rich and the famous are hardly a rarity in a media office visited by the likes of Shah Rukh Khan and Baba Ramdev. But Sodhi, 32, belongs to a different genre - the twentysomething (some of them are a bit older) clan of bold, brash, uber-rich and Chanel-toting elites who love to flaunt their lavish lifestyle on Instagram. She has shot to fame after being featured on the Rich Parents of Instagram and seems to be on a roll with more than 72,000 followers. That is not surprising as the snapshots up there feature her strutting on board a private jet, flaunting her bikini bod, taking travel-grams across exotic locations, riding an elephant or pouting for the camera - just the kind of eye candy that will push the popularity chart. Incidentally, she is not a mom yet, but her pictures with her niece might have triggered the perception. 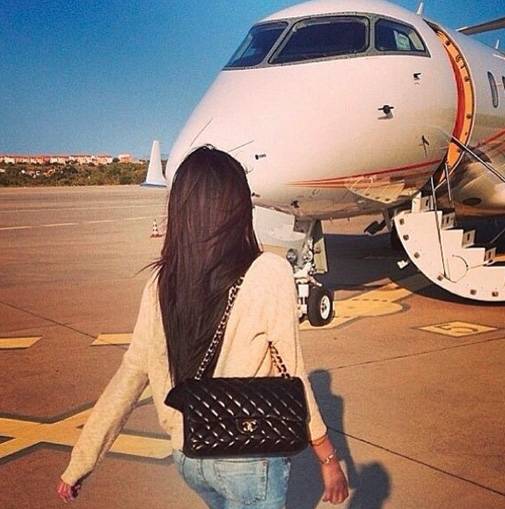 Sodhi, an Indian by birth, is a global citizen, loves to travel and claims she has a 'Bible of passports'. She was brought up in the US as her father worked in the Indian Embassy there. Later on, she moved back to India, then went to Singapore and now lives in the UK after her marriage. Her profile bio on Instagram describes her as a fitness junkie, a mermaid and an ocean lover. She, however, maintains that unlike many others featured on the original and most-celebrated Rich Kids of Instagram (RKOI) page, she does not flaunt her wealth.

"Go to my Instagram [page], and you will see that I don't show my bags, I don't show my shoes, I don't show where I live. I will tell you who do it... people who have new money," says Sodhi. "A case in point is Siddharth Mallya (son of liquor baron Vijay Mallya and an aspiring actor). We know him very well, and he never shows off," she adds. Sodhi says she has grown up in an "old money" family where such flaunting is frowned upon. This year, she has married an Indian-origin Brit, who works for Formula 1 racing company Scuderia Toro Rosso, and now plans to launch her couture brand in the UK. Earlier, she had changed her career just like she had changed cities. Sodhi tried to be an air hostess, but did not like it, founded an events company but sold it and occasionally works as a model. 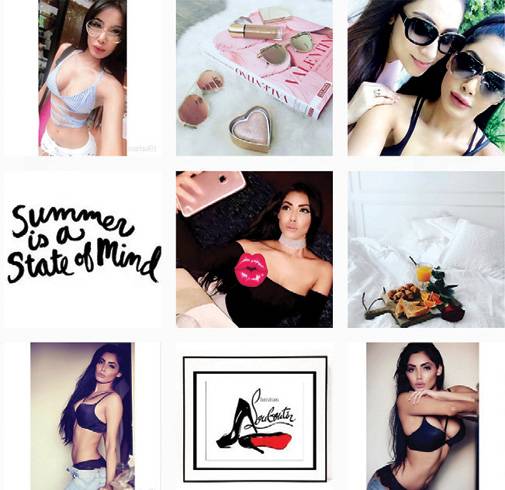 But before we bring to our readers more Indians making waves, let us take a look at the bigger picture. When Instagram started in 2010, its purpose was to design a platform for people who want to share image-worthy moments with their friends and followers. But in less than a decade, the young and the wealthy of the world seem to have taken over. Try searching the word 'rich', and you will come across at least 50 pages. Some of them feature people from specific regions while others are country-specific. There are 20 pages on India alone but none seems too exotic, and most of them simply showcase Bollywood stars or well-known Indian celebs. Do not get us wrong. India, home to the world's fourth-largest population of high-net-worth individuals, does not lack the rich-kid trope. But most of them keep a low profile at home compared to their overseas counterparts. Outside the country, they are not as modest, and our search for the Indian rich has led us to several illustrious groups, including RKOI, Rich Kids of London and Rich Parents of London. Who Are Making Waves