The RBI has taken several initiatives to tackle the mounting bad loan problem of banks but their implementation remains a challenge.

Rising corporate debt and higher default rates have led to a continuous increase in distressed loans in the Indian financial system. The situation has worsened in the last five years with the stressed asset ratio rising from 7.6 per cent in March 2012 to 11.5 per cent in March 2016. This accumulation of bad loans in the banking sector is not the doing of corporates alone. Poor credit appraisal, collateral-based lending, lack of corporate governance and accountability and ambitious credit growth targets led to unwarranted lending by banks. Aiming to clean up stressed balance sheets of banks by March 2017, the Reserve Bank of India (RBI) mandated stricter provisioning requirements under Asset Quality Review, which led to identification of elevated non-performing asset (NPAs) levels in the past 12-18 months. According to an RBI report, the stressed assets ratio stood at 12.2 per cent at the end of June 2016, of which 8.6 per cent of loans are gross non-performing assets (GNPAs) and an additional 3.6 per cent are restructured loans.

To tackle the mounting bad loan problem, RBI has undertaken several initiatives. These include creating an empowered Joint Lenders' Forum for identification of incipient stress, introducing restructuring mechanism under the Strategic Debt Restructuring (SDR) scheme, enabling flexible refinancing under 5:25 scheme, easing norms around sustainable structuring of stressed assets (S4A)and revising guidelines for their sale. In addition to resolving bad loans, these measures also seek to reduce the exclusive reliance of Indian businesses on banks for financing requirements by improving liquidity in the corporate bond market.

No doubt comprehensive measures have been taken to de-stress the troubled banking sector. However, there is no visible improvement as these initiatives face challenges in practical implementation.

Is 'bad bank' the answer?

A 'bad bank', as a solution to the banking sector woes, has been under consideration. A 'bad bank' is basically a bank incorporated to take over bad loans from commercial banks and enable the lender community to focus on lending as stretched non-performing loans prolong the healing process in the organisation. Outside India, developed economies like that of the UK and the US have adopted 'Good Bank Bad Bank' approach as a successful restructuring and accelerated resolution tool. China set up state-owned asset management companies (AMCs) during the banking crisis in the late 1990s to oversee non-performing loans and the process delivered good results. These AMCs helped rejuvenate China's economy by turning delinquent borrowings into state-owned enterprises.

The bad bank concept is not entirely new in India. When IDBI Ltd converted into a bank in 2004, the government set up a Stressed Asset Stabilisation Fund (SASF) to hive off its stressed and non-performing cases worth `9000 crore. The idea was to separate stressed loans of the bank through the SASF, which would focus entirely on fund recovery while the bank would continue to function as an entity free of any large bad loans. According to a report by the Comptroller and Auditor General of India, SASF could recover only `4000 crore by the end of March 2013. This indicates segregation of good and bad debt isn't enough to solve the bad debt problem. Though it creates a good balance sheet, it does not necessarily solve the ground level problem of recovery. It is sometimes also seen as a 'moral hazard' shielding banks from their own inconsistencies and failure to take proper precautions.

A bad bank may have been a solution in other countries, however, certain aspects will have to be considered while evaluating the need to set up one in India. Stress in the Indian financial sector is concentrated in public sector banks, which would require capitalisation and funding to flow from the government. One could say that a proxy of bad bank exists in India under the S4A scheme, which account-wise segregates healthy and unhealthy portions of a debt. This can be supplemented further by developing a market for stressed asset sale for ARCs. A secondary market for securities issued by ARCs can also be a source of additional capital in the system.

Joint Lenders Forum (JLF) is similar to 'London Approach' and focuses on identifying and remedying stress in initial stages and avoiding bad loan write-offs later. It works as an out-of-court settlement mechanism for consortium lending and Multiple Banking Arrangements (MBAs) where lenders come together and form a JLF committee to arrive at a corrective action plan and preserve the economic value of the underlying asset. However, in many cases, decision-making within the stipulated time has been a challenge for JLF committees. The 5:25 refinancing scheme is introduced as a flexible structuring scheme enabling lenders to periodically refinance term loans with a long gestation period. The scheme allows banks to correct the asset liability mismatch for a long term project based on its economic life. This, in turn, helps in easing cash flows and reducing financial stress in the stabilisation phase of the project. Initially only existing and already installed infrastructure and core industry projects were eligible for refinancing under the scheme. This restricted resolution for stalled projects in other sectors as well as new infrastructure projects. In an attempt to address this challenge, the RBI recently revised the scheme, opening it to new projects in all sectors and reducing the aggregate exposure for existing project loans to `250 crores to be eligible for refinancing under the scheme.

The Strategic Debt Restructuring scheme allows lenders to initiate change in management, gain control by converting part of the loan into equity and turn around the ailing company. It was observed in restructuring cases that borrower companies were not able to come out of stress due to operational/managerial inefficiencies. By allowing lenders to change the management and ownership, SDR enabled lenders to remove these operational and management inefficiencies. The success of SDR depends on successful turnaround of the company, which requires a disciplined approach and board oversight function. Even though it has been a popular recourse amongst the lender community, lenders have faced difficulties in its successful implementation due to lack of adequate expertise, time and resources to run the distressed company. Also, a significantly discounted price expected by potential buyers, given the 'fire sale', unsustainable levels of debt and lack of reliable information to make a value assessment have made it difficult for lenders to find new promoters.

Scheme for sustainable structuring of stressed assets (S4A) was formulated by the RBI to give companies a chance for sustainable revival and ensure adequately deep financial restructuring. The scheme provides lenders an option to bifurcate existing debt of stressed borrowers into sustainable and unsustainable portions. It is one of the first initiatives which acknowledged the need of banks to take haircut on the stressed loan by converting unviable portion of debt into equity. Though the scheme has been welcomed by the lender community, banks till recently kept debt ridden accounts on standby, effectively delaying the scheme's implementation in the wake of expected changes for smoother application. The RBI recently revised certain aspects which are expected to push banks to implement the scheme. 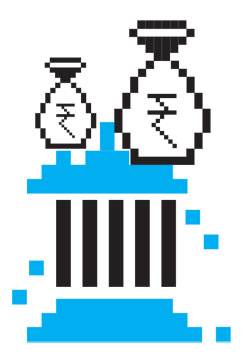 Under the recently announced guidelines, the RBI has mandated banks to put in place internal policies for asset disposal, conduct periodic review of doubtful assets and set selling targets. Banks will also have to lay down norms for disposal of stressed assets, endorse discount factor and obtain valuation reports to justify the discount factor. These norms will empower banks in asset sale. It will thereby spur distress asset sale transactions as well as result in more deal certainty for buyers.

ARCs have come a long way since their introduction in India. They were introduced under the SARFAESI Act of 2002, which empowered them to take over NPAs and enforce security of the loan without intervention of the court. The regulatory environment has witnessed a gradual transition to facilitate ARCs to play a crucial role in the financial sector and create an active market for distressed asset transactions. Even though steps have been taken, the key challenges of capital constraints and valuation mismatch between banks and ARCs have historically resulted in muted growth in distressed asset sale transactions.

Interest from foreign shores in the ARC market landscape has been growing with many global investors participating in India's distressed debt market space. Recent regulatory changes - allowing 100 per cent FDI in ARCs - and revised guidelines to incentivise proactive sale of stressed assets are expected to further boost the participation of ARCs in the revival of stressed assets.

Prime Minister Narendra Modi's surprise announcement to scrap `500 and `1,000 notes may have spiraled a sense of panic and confusion across the country, but it may help banks in resolving their bad loan problem. Even though in a limited manner, there have been instances post November 8, where defaulters are using old notes to settle their overdue debts with the bank. This could set the pace for some good recoveries.

The first step in the direction of addressing the growing debt pile in Indian banks has already been taken by the RBI. Proper implementation of these measures along with the newly ushered Insolvency and Bankruptcy Code, 2016, will give more power to lenders to resolve the distressed assets situation, and is expected to lead to time-bound recovery from stressed assets. ~