A clutch of brokerages—foreign and Indian—has braved a volatile market and flagged off operations. With an upturn nowhere in sight in the short- to medium-term, can these new kids on the block surive? 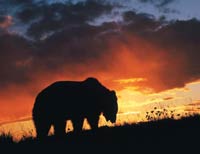 The rush of new entrants into stock broking in recent months could easily fool a newbie investor into believing a bull rally is round the corner. Those who see a smart uptrend in the near term are either seeing things or are thinking wishfully. The new brokers on the block, for their part, have no such illusions. Bear markets will run their course, and will eventually peter out—and the fresh entrants hope to be there when the upturn arrives, no matter how long it takes. Many of these counter-intuitive entrepreneurs and promoters believe that building a business and a brand in a bear market has its advantages. “We couldn’t have asked for better timing than this as the competition and employee cost will be less,” says Vikas Kawatra, Managing Director of Singaporebased KIM ENG Securities.

In 2008, even as key market indices, the Sensex and the S&P CNX Nifty, shed 52 per cent, at least four new brokerage houses set up operations in India. Each new brokerage brings along with it a unique positioning—a vital requirement in a landscape that’s already crowded with some 200 players. These players are also unique in the sense that some of them were professionals with stock broking firms who quit their cushy jobs to turn entrepreneur; and there are those who have relationships with over 300 global institutional investors and want to leverage these in the Indian market.

The stock indices have tripped by 9 per cent since the beginning of the year and the sharp fall in trading volumes is keeping brokers on tenterhooks. According to a mid-January Deutsche Bank report, trading volumes on the NSE and BSE declined to Rs 56,600 crore between last September and December, the lowest they’ve ever dipped since June 2007. The new brokers would be thinking: If we can survive near the bottom, we can thrive during the journey to the top. Business Today finds out how.

Veterans all
Elara Securities (INDIA)
Right people, right price
Background: Promoted by Raj Bhat, Founder of UK-based Elara Capital, it plans to act as a broker to its corporate clients who subscribed to FCCBs and plan to sell their shares on conversion
Month of start-up: July 2008
People on board: 20
Business: Institutional broking and investment banking

In September 2007, when Vipul Dalal joined as head of Elara Securities, the biggest problem he faced was to get the right people at the right price. This was a time when the stock market was booming and there were more jobs than people. But the situation turned in favour of Elara once the indices began slipping from January 2008. Since then Dalal has hired 20 people, as just against eight in the first four months of operations. The bear market doesn’t faze Dalal, who is in it for the long term. “If you don’t have a 3-5 year view, there is no use of starting a broking business,” says Dalal, a veteran of 17 years in stock markets. He believes a downturn allows you to sniff out the better quality people and the time to develop technology and products. “The market correction has been good for people like us,” adds Raj Bhatt, Founder of Elara Capital, the investment banking parent of Elara Securities. Elara is keeping a rein on costs by encouraging multi-tasking. For instance, sales guys also double up as traders and vice-versa. Even research executives go out on the field to sell in some situations. 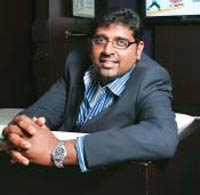 Artha financial services, COpromoted by former bankers and publishing house Bennett Coleman & Company (BCCL), aims to become the big bazaar in India’s financial markets. In less than a year, Artha Money (the name for the company’s outlets) has set up 40 branches and hired 600 people. BCCL, which owns around 50 per cent in the venture, infused about Rs 150 crore during the launch in 2008. Suresh Rangarajan, a former head of financial portal remit2india.com (promoted by BCCL), and MD& CEO, Artha Money, has roped in senior bankers from ICICI Bank to head various regions. Besides broking and stock advice, the firm plans to offer a range of financial services, including insurance, real estate and financial planning. “We could have expanded in 100 cities with 10 people in each city. But we would rather have fewer branches with 100 people in each city,” says Rangarajan. The downturn has made profitability an imperative. “Initially, the plan was to break even in the third financial year, but now we have advanced it by a year,” he adds.

Hitting the stride
Kim Eng securities India
It’s never too late
Background: The Singapore-based firm with operations in 10 Asian countries wants to position itself as a multi-country broker for foreign investors
Month of start-up: September 2008
People on board: 12
Business: Institutional broking

For the Singapore-based financial services firm, an entry into Indian markets has been on cards since 2004. At that time, talks to acquire a majority stake in a domestic broking firm failed due to a high valuation expected by the promoters. Tired of waiting for a partner, KIM ENG decided to enter on its own in 2008 by bringing in $4 million (Rs 20 crore) as an initial investment. “Our unique selling proposition is being a multi-country broker. India offers our global clients, who are already investing through us in other Asian countries like Singapore, Hong Kong, Thailand, Indonesia and the Philippines, another market for investment,” says Vikas Kawatra, Managing Director, KIM ENG Securities. The firm’s parent company KIM ENG Holdings has a tie-up with Mitsubishi UFJ of Japan and hopes to leverage this relationship in India. As of now, the firm has just 12 people but plans to soon expand to 20. KIM ENG hopes to differentiate itself from other brokers with its hard-nosed research. Kawatra says that the firm will eventually get into retail broking, but as of now the cost-reward ratio doesn’t justify expansion in a crowded market. 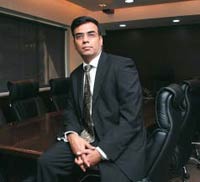 Customised approach
Quant Broking
Unique proposition
Background: Started by a group of derivatives and quantitative analysts, it plans to specialise in quantitative research on Indian markets.
Month of start-up: May 2008
People on board: 60
Business: Institutional broking

Starting your own broking firm IN a falling market without the backing of a financier calls for a brave heart. What should stand Sandeep Tandon, Managing Director & CEO, Quant Stock Broking, in good stead is the fact that the current downturn isn’t his first; he survived the crash in the wake of the tech-wreck at the turn of the century. In late 2007, Tandon along with some team members quit a cushy job in Kotak Securities and started Quant, with the objective of focussing on thorough quantitative and behavioural research—the company claims to have a unique strategy of customised research and products within the equity space, something that Indian brokerage houses ostensibly don’t usually do. The firm started off with 20 quantitative analysts each, roped in mostly from Kotak and Edelweiss Securities. Tandon sees an opportunity for standalone broking fims after the collapse of Lehman Brothers and the shakeout on Wall Street. He also contends that clients are more open to listen to unique ideas in a downturn, as they have more time on their hands.