News
Magazine
Features
How We Did It

The methodology for the BT-KPMG Best Banks Survey 2019

Banking sector saw signs of stability in 2019. The year saw the government announcing the biggest ever consolidation of public sector banks (PSBs), increased capital raising by private banks, peaking of bad loan provisioning, deterioration of asset quality and return to higher operating profits. It is in this backgdrop that Business Today-KPMG started the annual exercise of picking India's Best Banks and Fintechs.

This six-month process started with knowledge partner KPMG studying annual reports of banks and reaching out to them for qualitative inputs in areas such as rural outreach, innovation and fintech engagement. The team also reached out to the fintech community in areas of Payments, Lending and Value Added Services to arrive at a list of best five in each category.

The jury commended the inherent strengths of Indian banking. There was a lengthy discussion to decide the "Bank of the Year" where the jury gave a joint award to HDFC Bank and SBI. Apart from the financial performance of top banks in quantitative terms, the jury also looked at qualitative factors. The members deliberated on issues like succession and leadership. They also talked about governance issues. The trust factor was also touched upon in view of the recent debacle at some cooperative banks. The quality of banks' books and market perception also found mention in the deliberations. 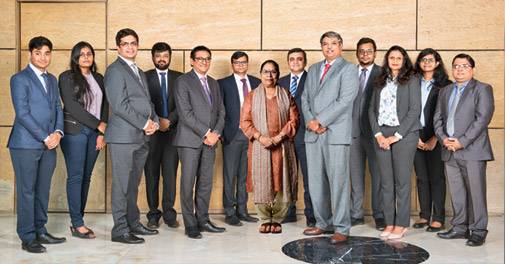 The jury was keen to cover microfinance in the financial inclusion awards, and as per its advice, the 'Financial Inclusion' nomenclature was changed to 'Best Bank in Rural Outreach.' The jury decided to give more weight to size and scale of rural outreach as the bulk of data points related to number of branches, business correspondents, Jhan Dhan accounts, Mudra loans and number of customers benefited. Here is the detailed methodology for the BT-KPMG Best Bank Survey 2019.

The banks were divided between 'Indian banks' (consisting of public and private sector banks) and 'Foreign banks' (branches of foreign banks in India). The banks in each of the above categories were further classified based on balance sheet size as on March 31, 2019.

Group I: Indian banks with balance sheet size of more than or equal to Rs 3,00,000 crore;

The banks were adjudged on three parameters - Growth, Size and Strength - divided into 32 sub-parameters:

There were three sub-parameters in this category, which included size of total deposits, size of operating profits and size of balance sheet for FY19.

There were four overarching sub-parameters in this category, each with further sub-divisions, as set out below:

Parameters such as Customer Outreach, Rural Penetration, Customers On-boarded under various government initiatives and technology initiatives to enhance rural outreach were considered for scoring. The banks who have defined a successful model for the innovation and Rural Outreach across these parameters were evaluated and ranked.

KPMG received responses from banks and analysed areas of fintech association, level of adoption, uniqueness and overall impact of the initiatives. KPMG's association with the fintech ecosystem and understanding of fintech nuances based on nomination details shared by banks was instrumental in evaluating the performance of banks across the parameters.

The total number of nominations sourced was 32 across categories of payments, lending and VAS. The key parameters considered for scoring were financial health, funding maturity, differentiation basis business model, technology, key focus and solutions, level of adoption across customers, geographies and industry, and business volumes of the company.