Parvathi Menon, Managing Director, Innovation Alchemy and Paul Basil, Founder, Villgro
Taslima Khan
At the office of Children's Lovecastles Trust near Bangalore airport, a workshop is in progress. The trust, which works with about 350 government schools in Karnataka, helps make classroom education more interesting by supplementing it with digitised content. The discussion is about extending some of the trust's products such as 'e-pathshale' to more than 1,000 schools in relatively low-income states such as Madhya Pradesh and Nagaland. The brainstorming session is led by Parvathi Menon, 39, who runs Innovation Alchemy, an organisation that helps social businesses scale up. "I saw that a lot of people are excited about solving social problems and are doing fantastic work, but they don't expand beyond a cluster of villages," says Menon, who has a Master's in Development Communications.

Innovation Alchemy is one of many business incubators that have sprung up to help social start-ups understand the intricacies of business and scale up to attract investment. They cater to a growing breed of first-generation entrepreneurs who have spotted opportunity at the bottom of the pyramid. Social entrepreneurship has grown in India because of several factors, including a fall in poverty levels, which enables poor people to pay for products and services targeted at them. 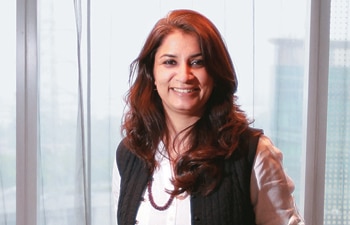 Opening up networks and connections with state government departments is a must to open up funds for these businessess: Parvathi Menon, Managing Director, Innovation Alchemy Photo: Aditya Kapoor
According to a Planning Commission report, the percentage of poor in the country fell to 22 per cent in 2011/12 from 29.8 per cent in 2009/10. "Innovation combined with enterprise is what makes a social enterprise. For innovation to make a difference, it has to be sustainable and profitable. Somebody should be making money. Only then will it attract large capital," says Paul Basil, founder and CEO of Chennai-based incubator Villgro.

Starting a social business is riskier than a traditional one because resources are more limited, business models are not in place, products are new to the market, and sales and distribution models are not developed. Business incubators help social entrepreneurs figure out the ropes and run a sustainable business. Their tenure of engagement is generally longer. While conventional incubators wind up support in three to four months, social incubators usually keep the relationship going one to three years.

Take Villgro. It pumps in up to Rs 50 lakh as start-up capital in social businesses. It has helped companies such as Sustaintech, which makes small smokeless cooking stoves called Pyro, grow into a successful enterprise. Sustaintech has sold over 1,700 stoves worth Rs 2.5 crore. "Very few survive the start-up stage," says Svati Bhogle, CEO of Sustaintech. "We were good with the technicals, but Villgro helped us to function like a business, conduct market surveys and pitch to investors."

Reworking the organisational structure is often critical for social businesses to become more efficient and expand their reach. Innovation Alchemy, for instance, works with Bangalore-based Akshay Patra, which operates one of the largest kitchens in the world. It feeds about 1.3 million children every day as part of the mid-day meal scheme in nine states. Innovation Alchemy has helped Akshay Patra chart a plan which will enable it to cut costs, improve efficiency and increase its capacity to reach about five million children in the next few years. The key component is a change in Akshay Patra's centralised kitchen structure to a hub-and-spoke model, which cuts down meal preparation time. "Opening up networks and connections with state government departments is a must to open up funds for these businesses," says Menon. For innovation to make a difference, it has to be sustainable and profitable: Paul Basil, Founder, Villgro Photo: H . K Rajashekar/www.indiatodayimages.com
UnLtd India founded by Pooja Warier works with social businesses right from the conception stage. It puts entrepreneurs through multiple levels of training from the idea stage to the pilot stage, right up to the point when it is up and running. It invests up to Rs 20 lakh as seed capital and has incubated about 60 enterprises so far. Some of its successful ventures are Greenway Grameen Infra, which manufactures energy-efficient stoves for rural homes, and SMV Wheels which works with cycle-rickshaw pullers in Varanasi.

Most incubators have multiple tie-ups with large companies which support social businesses. "These are companies which are not interested in just giving away money as a grant but want to catalyse change," says Menon, who works with the World Bank for its Development Marketplace Programme.

Incubation at an early stage also helps social businesses get ready for follow-on funding from impact funds. Data from research firm VCCEdge shows India has more than 15 impact funds, including Acumen Fund, Omidyar Network and Lok Capital. In the last five years, 12 of about 30 companies incubated by Villgro have raised a total of $7 million to $8 million in funding. They include Desicrew Solution's first rural BPO, which went on to raise funding from VentureEast; Biosense, which raised funds from Global Super Angels; and Simpa Networks, which raised funding from International Finance Corp. "Early-stage incubation is leading to improvement in the quality and quantity of the pipeline for larger investors. They don't have the time and the capacity to build the pipeline themselves," says UnLtd India's Warier.