Following the October 29 Cabinet reshuffle, in all likelihood the last before the general elections of 2014, Business Today looks closely at the challenges before five of them, all holding key economic ministries.

Jyotiraditya M. Scindia
Sebastian P.T.
Will the new ministers continue the flurry of reforms begun by the Manmohan Singh government in September? Following the October 29 Cabinet reshuffle, in all likelihood the last before the general elections of 2014, Business Today looks closely at the challenges before five of them, all holding key economic ministries.

Jyotiraditya M. Scindia, 41
Minister of State (Independent Charge), for Power
It is this Harvard and Stanford alumnus's first stint as a minister of state with independent charge. Jyotiraditya Scindia has been minister of state since April 2008, but always with a senior minister above him, which would have left him little scope to display any initiative. This is his first real chance to show his mettle. The power sector is facing tough times. An important challenge will be to get Coal India to meet the demands of power producers. "Ensuring financial viability of discoms and the last mile solution of providing power to every village are my other priorities," says Scindia. M. Veerappa Moily
M. Veerappa Moily, 72
Minister, Petroleum and Natural Gas
The former Karnataka Chief Minister has so far held three important portfolios - Law, Corporate Affairs and Power - in the UPA's second innings starting 2009. Veerappa Moily is aware of the controversy surrounding his predecessor Jaipal Reddy's departure from the oil ministry for allegedly locking horns with Reliance Industries over exploration in the KG D6 basin, but will not comment on it. All he dwells on while talking to the media is the importance of stepping up the pace of domestic exploration and increasing crude oil output.

Sachin Pilot
Sachin Pilot, 35
Minister of State (Independent Charge), for Corporate Affairs
This Wharton Business School alumnus became a member of Parliament when he was just 26, and Minister of State for Communications and Information Technology at 32.

The challenges ahead of him in his new, minister-with-independent-charge role include getting the new Companies Bill passed in the forthcoming winter session, which will set in motion many processdriven reforms. There are also other important pending reforms such as the transition to the International Financial Reporting Standards (IFRS) in accounting. But primarily Pilot will be under the media scanner on every step he takes - or fails to take - in the matter of the alleged sweetheart deals between Robert Vadra and real estate giant DLF and the allegations of dubious funding against BJP chief Nitin Gadkari's Purti and other related companies. 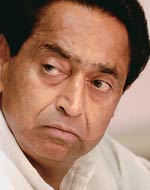 Kamal Nath
Kamal Nath, 65
Minister, Urban Development, Parliamentary Affairs
Elected to the Lok Sabha eight times since 1980, Kamal Nath, who takes additional charge of Parliamentary Affairs, is one of the most experienced MPs in the Congress. His biggest skill is at networking across parties, be it with the opposition BJP or former ally Trinamool Congress, The passing of crucial legislation such as the Land Acquisition Bill, the new Companies Bill and more will depend on his skill at bringing around the various opposing parties and inducing them to attend Parliament, instead of boycotting sessions, whatever their differences with the government. 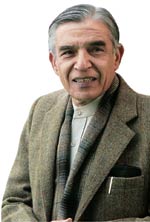 Pawan Kumar Bansal
Pawan Kumar Bansal, 64
Minister, Railways
Barring stand-in minister C.P. Joshi's short stint, there has not been a Congress minister in Rail Bhavan for a long time. Railways is a ministry that was always handed to representatives of regional coalition allies. Pawan Kumar Bansal taking charge sees the return of a Congressman at a time when the Railways are in dire need of funds - for instance, Rs 65,000 crore are needed just for safety upgrade.

An inevitable corollary to improvements is raising ticket prices, a step repeatedly stalled when Trinamool Congress held the ministry. The government is said to be readying a blueprint for doing so, and some immediate reforms may be initiated even before the next Railway Budget in February 2013.