CAG audits may not speak about corruption explicitly, but they highlight gaps in implementing policy, and the arbitrary manner in which decisions have been taken. This has partially contributed to the so-called policy paralysis.

Driving Change: CAG Vinod Rai Photo: Hemant Chawla
Team BT
The most unassuming of men sometimes turn out to be the tormentors that men and women in power - and ordinary people - are plagued by. Vinod Rai, the tennis-playing Kerala cadre 1972 batch IAS officer who is India's Comptroller and Auditor General (CAG), is fast emerging as the bad dream of the Manmohan Singh government. Four and a half years into his term, Rai is making sure his "performance audits" will draw a very clear line in the sand for honesty in government.

"We can no longer continue to deceive ourselves that it is the duty of the government of the day to fight corruption," Rai said in a speech last year, arguing that it was up to citizens to ensure that legislation was implemented. "In doing so we will all be providing an element of vigilante which will keep the government on its toes," Rai added darkly.

Rai's audits may not speak about corruption explicitly, but they highlight gaps in implementing policy, and the arbitrary manner in which decisions have been taken. This has partially contributed to the so-called policy paralysis. But it is also catalysing reform in the business of government, sometimes under duress.

COLUMN: CAG is accountable to the Constitution That reform began when the CAG'S performance audit of 2G spectrum allocation was tabled in November 2010. The report concluded that the allocation was arbitrary and that the correct value of spectrum could only have been determined in a market-driven process. This triggered a series of developments, culminating in a Supreme Court ruling in February this year that cancelled the 122 telecom licences issued in 2008. The apex court also ruled that all natural resources must henceforth be auctioned, and not allocated on a firstcome-first-served basis.

For a while, the government tried to wriggle out of the auction fatwa, stating that the apex court could not dictate policy. However, that stance appears to be changing after a committee headed by former finance secretary Ashok Chawla submitted its report in 2011. The committee had been tasked with recommending a transparent and competitive mechanism to exploit natural resources. Its report said that the government needed to move towards competitive bidding for natural resources, with clearly defined auction procedures, and appointment of independent regulators to ensure fair play. In February 2012, a Group of Ministers (GOM) accepted most of the committee's suggestions. The recommendations have to be cleared by the cabinet, but the broad template for future policy has been set by the GOM.

"The CAG'S reports will lead to greater transparency in the allocation of natural resources," says Mahesh Uppal, a telecom policy expert. Not that the government appears to have much choice. A series of stinging reports by the auditor-on the allocation of 2G spectrum, Commonwealth Games, Adarsh Housing Society in Mumbai, Delhi International Airport and allocation of coal blocks - have today made it impossible for any government to stick to a discretionary framework in decision making. 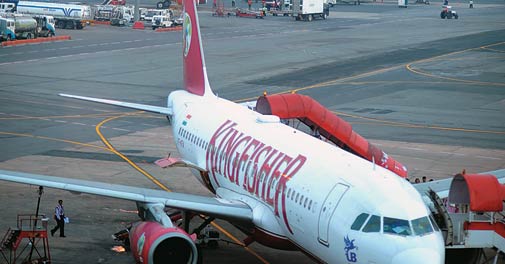 Sweet Deal: The CAG says Delhi airport operator DIAL got land cheap
The CAG report on coal blocks indicates how governments-irrespective of political denomination- have been keen to hold on to discretionary powers in allocating natural resources. The report has pulled up the central government for the arbitrary manner in which it allocated coal mines, instead of auctioning them to the highest bidder. This allegedly allowed the allottees to make windfall gains.

In 2004, and many times thereafter, the coal secretary had suggested that the government adopt competitive bidding for allocation. It cited the substantial difference between the price of coal supplied by state-owned Coal India and of coal produced through captive mining. But this advice was disregarded.

In 2005, the chief ministers of non-Congress ruled states such as Rajasthan, Chhattisgarh and West Bengal shot down the central government's proposal to move towards auction of coal blocks. Meaning, the Bharatiya Janata Party and Left Front, which ruled these states, are not exactly on solid ground when they accuse the UPA government of wrongdoing.

"Allocation of natural resources has always smacked of some kind of 'insider trading' between politicians and vested interests," says M. Govinda Rao, director of National Institute of Public Finance and Policy, who is also a member of the Prime Minister's Economic Advisory Council.

But things are changing. An indication of that change came on August 24, a week after the CAG report on coal was placed in the public domain. While the numbers in the "scam" are in dispute, the issue may actually lead to fast-tracking of the process to set up a coal regulator. "The GOM headed by me is reviewing the Coal Regulator's Bill," said Finance Minister P. Chidambaram, addressing a press conference on August 24 along with Coal Minister Sriprakash Jaiswal and Law Minister Salman Khurshid. He confidently added that the GOM would clear the decks for the setting up of the regulator at its next meeting. "There is a view in the government that we should not make this new office as a "coal controller", taking decisions on licences. The regulator must regulate," Chidambaram added. That should have made Rai smile.

Disputed Mandate
Experts quibble about the methodology the CAG uses to calculate financial gain or presumptive losses. And it has almost become the norm for the government to attack the auditor for what it says is an overreach of its constitutional mandate. Perhaps not surprisingly, the three ministers spent the first part of their press conference on August 24 pointing at gaps in the logic underpinning the CAG'S conclusions. "If the coal is not being mined, there is no question of gain or loss... the notion of this presumptive loss is flawed," declared Chidambaram.

Others, however, believe the auditor is merely doing its job when it points out irregularities in the execution of policy. Even insiders feel that the larger points the CAG has raised cannot be contested. "The numbers may be debatable," says Jagadish Shettigar, who was an economic advisor to former prime minister Atal Bihari Vajpayee. "However, the fact is that the government has not followed due processes in the allocation of natural resources."

The fallout of the government's processes is being felt across the economy. It has created uncertainty and vitiated the environment for investments. The Planning Commission envisages India will need an investment of $1 trillion in infrastructure over the next five years, of which about 50 per cent has to come from the private sector. In the prevailing environment, made worse by the global economic crisis, it is hard to see how those investments will come in.

Even the Reserve Bank of India has acknowledged that paralysis in governance has acted as a drag on economic growth. In 2011/12, the economy grew 6.5 per cent, the slowest in nine years. Yet, if the CAG'S indictments ultimately lead to transparent governance processes and drive long-term growth, the current ills may someday be forgotten. As for Vinod Rai, perhaps a future government will name a road after him somewhere.