Top companies are going beyond B-schools to recruit graduates

But it's no longer only business schools that recruiters are flocking to for fresh hires. Top companies, mainly in the field of audit, consulting, IT, as well as start-ups, are now targeting graduate schools as well with lucrative offers.

They are barely 20. They have yet to graduate from Delhi's prestigious Shri Ram College of Commerce (SRCC). (The average age at which students graduate in India is 21.) Yet, according to SRCC's placement cell, nine of its students have been hired by global banking major Deutsche Bank with an attractive annual pay package of Rs 15 lakh.

According to job portal Naukri's latest Hiring Outlook, there is buoyancy in hiring activity for freshers and entry-level employees in 2014, with IT and pharma hirers leading the way. This is in contrast to the July 2013 survey in which the maximum numbers of jobs available were for professionals with four-to-eight years of experience.

But it's no longer only business schools that recruiters are flocking to for fresh hires. Top companies, mainly in the field of audit, consulting, IT, as well as start-ups, are now targeting graduate schools as well with lucrative offers. These include premier undergraduate, or Tier-I, colleges such as St. Stephen's College, Lady Shri Ram (LSR) College for Women and SRCC in Delhi; St. Xavier's College, Kolkata; St. Xavier's College - Autonomous, Mumbai; H.R. College of Commerce & Economics, Mumbai; and Christ University, Bangalore, among others.

Says Fidelis Mascarenhas, Advisor - Placements & Alumni Relations, St. Xavier's College - Autonomous, Mumbai: "The trend is employers are looking at undergraduates (UGs) now..." Milind Apte, Executive Vice President, HR, Godrej Properties Ltd, says five years ago, his company recruited only three trainee executives from UG colleges. In the last three years, the figure is up to 55 and next year alone, the graduate trainee figure will be 40. "They are raw talent with a lot of fire in their bellies and consistently show energy, passion and drive. They want to pursue higher education. They have an open mind, while management trainees (with more than three years experience) develop strong choices and they are not very flexible in terms the work they want to do."

Recruiters seem to prefer big cities when it comes to hiring. Says Aditya Narayan, President, Staffing, at recruitment firm Randstad India: "UG students in the metro cities are more aware, well-informed and many companies have their headquarters in these metros."

In 1999, McKinsey & Company, a global management consulting firm, hired from only two campuses. Now, the figure is up to around 15. This year, KPMG, a global professional services firm, went to around 25 top colleges, a 25 per cent increase over last year. PwC, one of KPMG's competitors, conducted interviews at approximately 20 campuses this year. Says Shalini Pillay, Head of People, Performance and Culture (PPC), KPMG: "The number of hires from premier graduate colleges in KPMG in India went up by almost 50 per cent this year as compared to the previous year. We expect to have more than 250 recruits this year."

Of the batch size of 700 students at SRCC, 450 to 500 showed interest in placement and around 325 have already been placed this year as compared to 230 last year. At Kolkata's St. Xavier's College, 430 students have so far been placed, while the figure stood at 380 last year.

At LSR, 121 job offers have been made this year. The college attracted companies such as McKinsey, Monitor Group, Bain Capability Center, KPMG and PwC, among others. Kanika K. Ahuja, Faculty Advisor, Placement Cell, at LSR, says: "Usually, students from streams like Commerce and Economics get maximum placements. Students who are not just academically bright, but have had an extensive extracurricular and co-curricular experience click better." On whether these students are the top five per cent of a batch, Ahuja says: "It is difficult to say if the students who have got placed are top five per cent as many students go on for higher studies." Mascarenhas of St. Xavier's College - Autonomous echoes Ahuja's sentiment and says the placement process is not only for the top five per cent but it's meant for all students equally. "We are making a conscious effort to bring in all categories of companies too."

Meanwhile, EY (earlier known as Ernst & Young), a leading global professional services organisation, has a tie-up with Indian School of Business (ISB), Hyderabad. Graduates from around 30 colleges, who join EY as analysts can opt for a two-year MBA programme that is equivalent to the one-year MBA that ISB offers. "The fee is being paid by the firm (EY) and it is lower than what an individual has to pay for the same course (in ISB)," says Sandeep Kohli, National Director (HR), EY.

Job profiles depend entirely on the core subject in the UG programme. Experts say there are a high percentage of commerce students followed by business, economics and arts graduates. Says Mark Driscoll, Human Capital leader, PwC India: "A BCom graduate, for example, will be primarily offered a position with the tax and regulatory, financial effectiveness, risk management, internal audit, and to an extent with our assurance practice. It's a simpler and effective job talent match where the candidates have a clear idea of their job profile and career paths." He also says that to keep them engaged, it is important for leaders to act as their mentors and help them learn the nuances of the business, while focusing on their long-term aspirations as well.

The number of recruiters flocking to UG colleges is no different from those visiting B-schools. To cite an example, about 100 companies have visited LSR campus this year for placement and internships, while at the premier B-school XLRI, Jamshedpur, the final recruitment process saw participation from 103 recruiters. 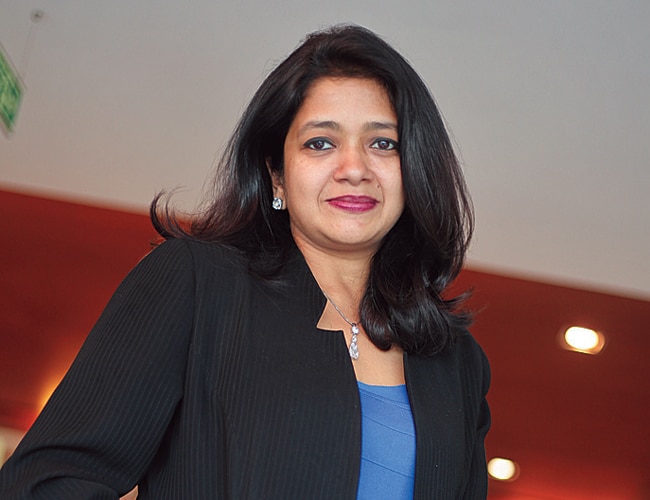 The number of hires from premier graduate colleges in KPMG in India went up by almost 50 per cent this year as compared to the previous year. We expect to have more than 250 recruits this year: Shalini Pillay, Head of People, Performance and Culture, KPMG
So, how are UGs different from B-school students at work? PwC's Driscoll terms the former as 'Explorers' and the latter as 'Discoverers'. "Most of them (the UGs) are more or less through with their studies and now want to discover what the corporate world has to offer. With B-school students, the focus needs to be more on the career path and the possible opportunities which could excite them. Though even they need a mentor, most B-school passouts are clear about their direction. On the contrary, graduates need more guidance on what direction they can possibly take based on their competence, aspirations and most importantly their areas of interest." For Professor Michael Gibbs, Faculty Director, Executive MBA Program, The University of Chicago Booth School of Business, graduates and MBAs are very different types of employees. "MBAs are at a higher level but lower numbers, while college graduates are at the entry level but in higher numbers".

Hiring specialists say the attrition rate remains more or less the same or slightly higher in the case of graduates. Randstad India's Narayan says: "The cost of attrition is less for a postgraduate/MBA hire. Students don't hesitate to go for higher studies and the comfort zone of being in a job has been reduced than what it was a decade ago."

KPMG's Pillay sums up by saying that every year stories of graduates receiving top offers could very well mean that the students in graduate colleges are, in some way, comparable to a certain level of students in top B-schools.