Why young, successful CEOs dump the trappings of corporate power

There are instances of people returning to salaried employment after an entrepreneurial stint. A trend of trying to break the mould as middle age approaches has begun and is likely to grow in the future. 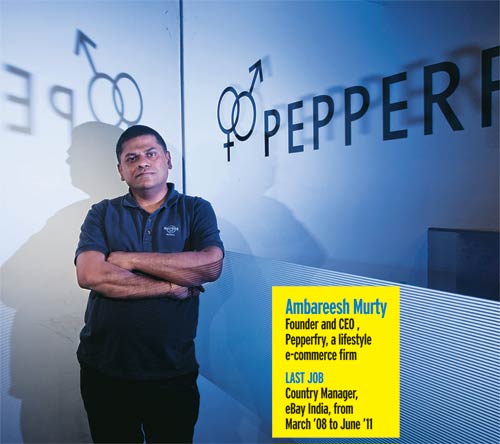 Ambareesh Murty had it all. Just 39, he was Country Head of the world's largest e-commerce portal, eBay, in India. Yet he quit his job in June last year to start his own venture , Pepperfry, selling lifestyle products online.

Why? His place in the corporate hierarchy was hard earned. A middle-class youth brought up by a single mother, he studied civil engineering, then obtained a Masters in Business Administration, or MBA, from the Indian Institute of Management, or IIM, Calcutta. He worked for Cadbury, Britannia and Prudential ICICI AMC, rising up the ranks. He joined eBay's Indian unit in December 2005 as Director, Category Management, rising to the top position in March 2008.

He had tried once before, in December 2003, to turn entrepreneur, starting a business consultancy, Origin Resources, but had to abandon it two years later. Yet he has chosen to make a second attempt. He maintains the decision came during a sabbatical eBay gave him in March last year, which provided him some free time. "That was when I began thinking about my future," he says.

Companies are running on limited levels of patience. The pressure builds up on a CEO if he is not making any visible impact in the fi rst 100 days: K. Sudarshan
At least Murty knew what he wanted when he quit eBay. Ravi Kiran, 45, global media agency Starcom MediaVest Group's CEO, South East and South Asia, till he decided to throw it all away, did not. For Kiran, the epiphany came as he was driving down a Mumbai street. "I asked myself if I wanted to do the same things I was currently doing for the next 10 to 20 years or whether I should look for something different," he says. He shot off a mail to his boss in Chicago the next day saying he wanted to quit.

Jobless, he took a 10-day Vipassana course, which he maintains "cleaned up my mind", and followed it up by enrolling for an executive development programme at the Indian School of Business, Hyderabad. It was only a year and a half later that he finally cofounded a new venture, Friends of Ambition, which advises small enterprises in Tier-II and Tier-III towns. Three other Indian heads have also resigned from their jobs in the last two months to start their own businesses: Manish Kejriwal, 43, of private equity firm Temasek, Varun Bajpai, 35, of SBI Macquarie Infrastructure Fund, and Sanjay Sinha, 46, of L&T Mutual Fund. "It is the choice of our generation," says Sinha. He rose from fund manager to CEO in just four years, hopping from SBI Mutual Fund to DBS Chola Mutual Fund to L&T Mutual fund, but has now set up his own financial advisory firm, Citrus Advisor. "The risk-taking ability of my generation is much higher than that of the older generation," he adds. "Also, if you become a CEO early, it increases your confidence and willingness to take risks."

Perhaps getting away from the daily grind, as Murty did, makes the difference, awakening latent entrepreneurial ambitions. Richard Rekhy, Head Advisory at KPMG, India, says a Harvard professor told him that 80 per cent of executives who joined a twomonth executive programme with which he was associated, gave up their jobs thereafter to plunge into start-ups. "The programme didn't change their lives," he quotes the professor telling him. "It was the free time they got to think about their lives that did."

If I could do X amount of business for Macquarie despite the constraints, I can do 10X on my own with a local team: Varun Bajpai
Other catalysts could include a lack of enjoyment of their existing responsibilities, or even the myriad opportunities currently offered by the Indian market, which tied down by their jobs, they could not exploit. "It could also be both," says K. Sudarshan, Managing Partner at executive search firm, EMA India. There is also the fear of burnout in future. "They think there won't be any energy to start their own ventures at a later stage," adds Rekhy.

But if some step out because they feel they are insufficiently challenged, there are others who do so because the challenges prove too much for them. In the last few years, and especially since the global meltdown of 2008, the demands on Indian CEOs have increased. Promoters and shareholders expect CEOs to deliver too soon on too many fronts. "Companies are running on limited levels of patience," says Sudarshan. Sinha would agree. "It was really baptism by fire for me," he says of his stint at DBS Chola in 2008, just before the global meltdown, when the mutual fund industry was under tremendous pressure with investments drying up. 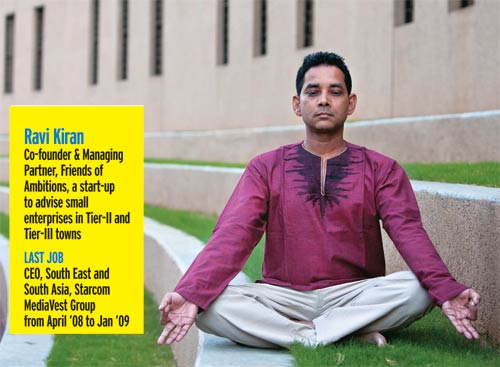 And while the recent trend of appointing relatively young people as CEOs has been widely welcomed, it also has its downside. "Many young people were pushed up to the CEO level though they did not have much depth to them," says Sudarshan. He believes this was a result of the unprecedented growth the country witnessed between 2003 and 2008 - of which three consecutive years had over nine per cent - which led to many new top positions being created, for which there was a shortage of qualified talent.

Again, the dynamics of different industries vary. There are also vital differences between the way Indian companies and multinational corporations, or MNCs, are run. A CEO moving from one to the other may not always find the new environment to his liking. "The freedom to operate that a CEO's position in a particular company offers may not be there to the same extent in another company at the same level," says an industry insider not wanting to be identified.

For many MNCs, India is now a crucial market and the global headquarters often interferes aggressively. "The Indian CEO is often more of a manager or an executor," says Rekhy. "So if he is a man of ideas, he may get frustrated with the system and prefer to strike out on his own."

{mosimage}Bajpai, who became CEO at SBI Macquarie, a joint venture between global fund Macquarie, SBI and IFC, at 33, certainly seems to feel that way. He quit the company to start his own financial services firm, Violet Arch. "If I could do X amount of business for Macquarie despite the constraints, I can do 10X if I'm on my own with a local team."

Another, older example is Renuka Ramnath, 50, who built her own private equity firm Multiples Alternate Asset Management, after quitting as Managing Director and CEO of ICICI Venture, in 2009. Multiples has managed to raise over $400 million in a tough market. No doubt, the leap into the unknown does not always work out well. There are instances of people returning to salaried employment after an entrepreneurial stint. But a trend of trying to break the mould as middle age approaches - rarely seen in the past - has begun, and is likely to grow in the future.