Hundreds of companies across the world are spending a lot of time and money to make production of renewable energy more efficient to close the price gap with energy from conventional sources such as coal.

The manufacturer says these plants are more simple and affordable than the ground-based systems. They are also 11 per cent more efficient. But most importantly, they will solve the problem of land acquisition - around six lakh acres - for the 100 GW (100,000 megawatt or MW) solar power capacity the government plans to add by 2022. "We are setting up a demonstration plant at our headquarters and will soon start marketing the product," says a spokesperson for Enzen. 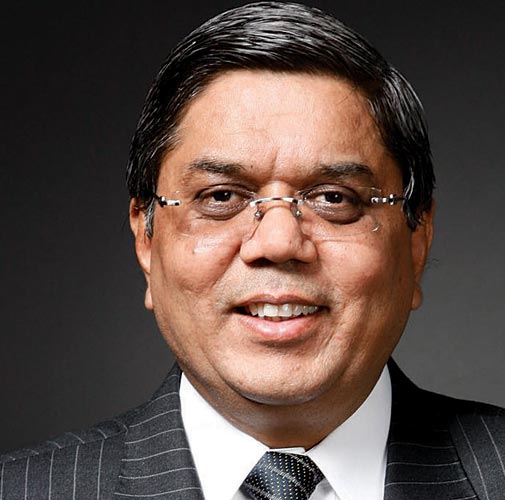 'Such tall turbines make low-wind sites viable and generate 12-15 per cent more than the other turbines of same capacity', says Tulsi Tanti, chairman and managing director, Suzlon
Like Enzen, hundreds of companies across the world are spending a lot of time and money to make production of renewable energy more efficient to close the price gap with energy from conventional sources such as coal. Some are already helping India meet its ambitious renewable energy targets. For instance, Sun Edison, a US-based renewable energy company, inaugurated a 50-MW solar power plant at Dammakhedi in Madhya Pradesh on June 30. It is the first solar power plant in the state to use the 'single axis tracker' technology - which ensures that solar panels keep changing direction with the sun and so absorb more sunlight - to increase production.
FULL COVERAGE: CleanTech 2015

"Tracking increases production up to 30 per cent. It will have a good market in India," says Aditya K. Singh, Managing Director of Mumbai-based Rolta Power, which makes solar photovoltaic (PV) modules. Rolta last week joined hands with China-based Zhenfa New Energy Science and Technology Company to set up tracker projects in India. Zhenfa runs a 100-MW plant in China that is said to be the world's largest solar tracking project.

A report by GlobalData, a consulting and research firm, says capacity under solar trackers in the country is expected to rise from 103.5 MW at present to 312 MW by 2020.

Bratin Roy, Vice President (Industry Services), South Asia, TUV SUD, a certification company, is hopeful about these developments. "From innovations in PV cells to new storage solutions, numerous technologies are being researched that are highly relevant to India," he says.

For instance, at the generation stage, one of the biggest drawbacks of current solar panels, made from crystalline silicon cells, is inefficiency. They are able to convert only around 16 per cent sunlight into electricity. Scientists are working to take this to 50 per cent. The most promising innovations here are 'multi-junction cells' or 'quantum dots', which can absorb more energy from solar rays. These are made from super-efficient semiconductor materials such as perovskite and gallium arsenide. The latter can make solar PV systems nearly three times more efficient than the existing products. It, though, is costly, the reason why its use is limited to applications such as satellites. Perovskites, made from inexpensive ingredients such as lead and ammonia, increase efficiency by 20-24 per cent. However, both these are still at the research stage. 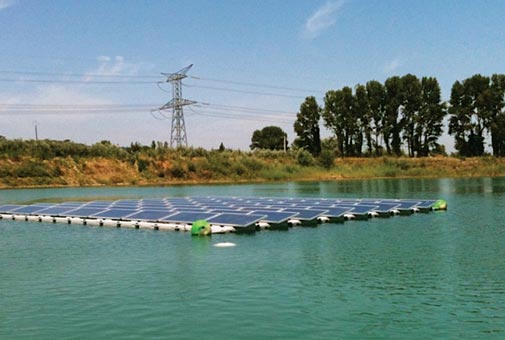 A floating solar power plant of Ciel & Terre in Japan
Then there is the issue of storing power. Solar power generation is possible only during the day. Wind, too, is not available 24x7. "In wind and solar energy, the biggest challenge is storage. For example, a 50-MW plant requires a couple of acres for setting up storage devices," says Mahesh Makhija, Director, Business Development (Renewables), CLP India, which has the largest wind power capacity in India and is planning a foray into solar energy. Roy of TUV SUD says technologies being developed in this area include charge controllers, which limit the rate at which power is added to or drawn from the system, and batteries made from materials that increase storage by three times and life by four times. There is also a huge interest in PV panels with built-in batteries.

In wind, most experiments revolve around changes in the height of wind mills and development of lighter turbines and generators. The more the height, the higher the wind speed. In November last year, Suzlon Energy set up the world's tallest hybrid wind tower (120 metres) in the Kutch region of Gujarat. The usual height of an onshore wind turbine is 60-90 metres. "Such turbines make low-wind sites viable by generating 12-15 per cent more than the other turbines of same capacity," says Suzlon Chairman and Managing Director Tulsi Tanti.

Suzlon has won a 90-MW order from ReNew Power for installing 43 such wind turbine generators with rated capacity of 2.1-MW each in Ratlam district of Madhya Pradesh. The project is scheduled for commissioning by March 2016. Duncan Koerbel, Chief Technology Officer, Suzlon, says experiments are also on to develop more efficient, longer and lighter blades from carbon and fibre, instead of steel and glass, as these are more flexible and have a lower chance of developing cracks. Aerodynamic experts are also working on smaller turbines for more efficiency. 'From innovations in PV cells to storage solutions, numerous technologies are being researched that are highly relevant to India', says Bratin Roy, vice president (Industry Services), South Asia, TUV SUD.
Although more height is a big plus, there is a lack of cranes that can erect such huge structures, made from tonnes of steel and concrete. Also, the higher the tower, the more costly it is to build the concrete platform. So, efforts are on to reduce costs through innovations such as 'self-erecting turbines', says Duncan. One solution, developed by the US-based Altaeros Energies, is buoyant airborne turbines (BATs), a mix of blimp and lightweight turbines. A blimp is an airship without a structure. It relies on the pressure of the lifting gas inside the envelope and the strength of the envelope to maintain its shape. What Altaeros does is to attach the turbine to a blimp filled with helium so that it can be hooked up from anywhere and mounted in a day. Altaeros has tested BATs till 300 metres. "We keep monitoring next-generation technologies and are planning to tie up with suitable partners," says Duncan.

India is also working on several projects for building smart grids to make electricity supply more reliable and effi cient. This will reduce the huge transmission and distribution losses of power companies.

A smart grid uses information & communications technology to gather and act on information - such as about the behaviour of suppliers and consumers - to run the system more effi ciently. For instance, it shuts off the supply as soon as power utilities start drawing more power than the system can generate. It also evens out the mismatch between demand and supply by tracking the behaviour of both suppliers and consumers on a real-time basis.

In Gujarat, a pilot project is being run in industrial and residential areas of Naroda in Sabarmati and the agricultural village of Deesa in Palanpur. The proposal is to cover 20,524 consumers in Naroda and 18,898 agricultural unmetered consumers in Deesa. The Rs 49-crore project is aimed at managing peak load, outages and quality of supply. It is also looking at aspects such as load forecasting and management of power assets.

A similar Rs 33-crore project is being run in the additional city area division of Mysore. The project, involving 21,824 residential, commercial, industrial and agricultural consumers, is being implemented by Enzen Global.