Companies have found a new appetite for frequent feedback to employees. But will the strategy pay off?

In October 2015, Noida-based HCL Infosystems decided to move away from its annual rating system and introduced a Personal Unit Level Self-Evaluation (PULSE), a weekly feedback mechanism where employees were to fill in a set of 22 yes-no questions on the company's intranet to record their performance. "We wanted a cultural change and wanted people to take more ownership, unleash their full potential and give their best," says Premkumar Seshadri, Managing Director, HCL Infosystems.

"Since the feedback exercise has to be done weekly, we ensured the questions don't take more than three minutes to fill. However, the managers need to take an hour out and fill the forms for each of their 10-12 team members," say S. Meena Vaidyanathan, Senior Advisor at HCL Infosystems. If there were any discrepancies in the answers, they were discussed in a one-on-one during the same week.

The rationale, says Kannika Sagar, Chief People Officer at HCL Infosystems, was that constant interaction leaves less scope for miscommunication, encourages more engagement within teams and faster resolution of differences. She shares an instance where two employees from the same team did not fill out the feedback forms for four weeks. On confrontation by the HR, both of them said that they felt their manager was biased and they didn't "agree with his leadership style". "This incident would have gone unnoticed by the company, impacting productivity of these people, if not for these weekly reviews," she adds.

"In the past few months, we have observed that employees have become proactive. Also, we can nail down objectively the work done by each employee and, in the process, acknowledge their small achievements which they appreciate," says Seshadri. Is this the beginning of an era of regular assessments, as opposed to annual assessments? At least, some firms have begun incorporating regular assessments and feedback in their HR processes. Besides HCL Infosystems, Happiest Minds, Infosys and Tech Mahindra have also adopted a review-based feedback system where informal meetings between managers and their associates are encouraged after the completion of a project. "For feedback to be relevant, it has to be given in real time. For senior leaders, the feedback meetings happen on tap, where the goals are evaluated against the actual metrics, and updated on a quarterly basis in the Balanced Scorecard. This process ensures that the feedback is based on actual performance. For others, the feedback sessions usually take place after the end of each project, or once every one to three months, but certainly once in six months. We are making efforts to ensure that the project-end appraisals become compulsory. This will ensure that there is frequent and objective feedback all year round,"says Sucharita Palepu, Global Head of People Practices, Tech Mahindra.

"The team usually changes after a project. This system ensures the employees that their work will not get unnoticed," says Gaurav Saini, Director, People Practice at Happiest Minds. The company introduced the project-end reviews in April 2015. Says Pramod Sadarjoshi, Senior Director, HCM Strategy, APAC, Oracle: "This trend is more common in IT companies as they have the wherewithal and the know-how of digitising processes, and the adoption of technology is faster when compared to other industries. The others will eventually follow their lead."

On April 2016, Chennai-based hospital chain Apollo Hospitals introduced an initiative-to-initiative-based feedback system. "The Apollo Hospitals Performance Management system has been made simpler and multiple avenues were made available to associates to get to know where they stand on a real-time basis. Given the data analytics involved through frequent huddle meetings, cluster meetings and unit reviews, all associates know the implications of how they are performing compared to the larger picture," says Jacob Jacob, Chief People Officer, Apollo Hospitals, in an email reply.

In September 2015, consulting firm EY in India started a pilot - Ten Degrees, where the rating system for new hires from graduate campuses was done away with for the first three years. Says Sandeep Kohli, National Director, HR, EY: "These young men and women are in their learning phase and, therefore, the focus should be on coaching and career development instead of comparing them with each other. In fact, the manager co-creates their career plans to facilitate growth. It is a system where there is joint ownership of career goals." Though this initiative is still to become mainstream, the pilot helped EY in India jump 10 points in employee satisfaction scores for the performance management category in its Global Employee Survey, within one year. 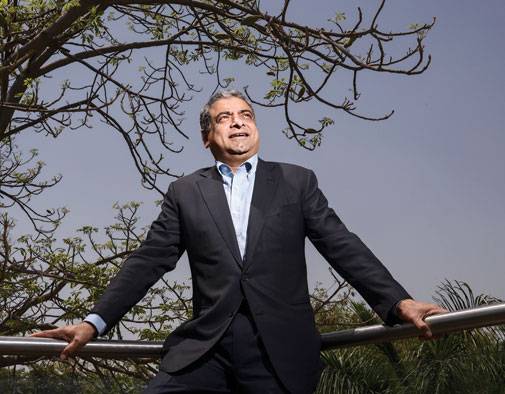 "We wanted people to take more ownership, unleash their full potential and give their best"

The primary benefit of frequent reviews is that it changes the role of a manager from a boss, who points out mistakes, to a mentor explaining how to improve and develop one's personality. The "Did YOU achieve your targets and where did YOU lag?" approach turns into a fluid discussion on improving performance and working better.

"These informal, low-pressure meetings remove the anxiety and the uncertainty employees might feel about their performance and also help them get a clear view on what is expected from them," says Rohit Thakur, Head of HR at Microsoft India. The company's cloud-based tool, CONNECT, gets the employees to answer a set of simple questions that enables them and their managers to have frequent engagements on performance.

Says Shatrunjay Krishna, Director of Rewards, Talent and Communication at global advisory firm Willis Towers Watson: "This system will help unleash the power of employees, but the entire process might backfire if the manager is not transparent, especially in a bureaucratic organisation where, potentially, there is a very high chance for such a system to be abused."

To ensure a fair voice to all employees, IT giant Tech Mahindra also has a reverse feedback mechanism where managers are evaluated by their subordinates. The feedback is used as an input during the manager's appraisal discussion. The team also gives feedback to the managers on their effectiveness as a leader in the Engagement Survey and the score is one of the 'Goals' in the Balanced Scorecard.

Saini says that conducting meetings is not enough. "The approach of the company has to be right to facilitate candid discussions and create the culture of transparency to reach the desired goals and maximise potential." And, companies have to answer the following questions: Is the employee empowered to talk about how they feel? Is the manager free from bias?

To promote such a culture, Happiest Minds has evolved an ethos - SMILES (sharing, mindful, integrity, learning, excellence, and social responsibility). To ensure this philosophy permeates the organisation at every level, the company started a 360-degree feedback process, Happiness Evangelism Index, last year, and each person is evaluated on the basis of it. In fact, 20 per cent of variable pay is linked to how the employees uphold these values. "Ours is the only company where a big part of the salary is linked to non-business values," says Saini.

This new system will put a lot of responsibility on the manager. They will have to be adept at giving feedback to employees so that they don't lose their morale. Says Jagjit Singh, Human Capital leader of consulting firm PwC India: "As Indians we are not used to the concept of feedback. The first reaction is usually that of a negative comment. But it can be positive, too. Giving feedback is an art and we need to perfect it, and for that training is important."

EY has also started a drive, Great Counsellor, under which it organises workshops to train managers on giving constructive feedback, and have discussions on how to reach greater heights in one's career and deal with tough situations. They also have workshops to train employees on how to demand feedback, prepare for a review and get the best out of the process, says Kohli.

Under the new approach, it is equally important for managers to be objective. Says Palepu of Tech Mahindra: "There is certainly a tendency for some managers to be more lenient than others. This creates imbalances in evaluation across teams. Hence, managers need to be trained on understanding how an individual's goals have to be set, so that they are objective and metrics-oriented." The company has made sure the managers attend physical and virtual workshops to ensure they understand the requirements. They also have a mandatory online module that managers have to undergo before review sessions."

However, Mohit Gundecha, co-founder of talent assessment company, Jombay, begs to differ: "Theoretically, it is a great solution but managers are too busy and it doesn't happen on the ground."

All said and done, rewards must also be an integral part of any performance management system. "Managers will have to think through the message they convey to the employees because what they are conveying has to be in sync with the rewards they get," says Kohli of EY, adding that as companies move away from ratings and focus more on discussions, they will find it challenging to link performance to rewards. "In spite of the training, are our managers mature enough to take such a responsibility? And, whether they really invest the time it requires in each person is something to see," he says. According to Ritu Rakhra, HR Director at Dell, to solve this problem, the company pays a standard bonus that is based on the performance of the company and the business - a reflection of the overall performance of the entire team. "This plan enables managers to call out clear underperformers and they receive only a part of the bonus. Additionally, as a company which rewards merit, the outperformers get an additional lump sum at the end of the year - over and above the standard bonus."

"At HCL Infosystems, if a person is rated in the 'gold' category for three consecutive quarters, they get a 'pot of gold' over and above their salary. We haven't defined its amount yet, but we will assign a budget for it and divide it among the number of winners," says Seshadri. Beyond this, there will be usual increments based on the performance of the market and business.

Says Richard Lobo, Senior Vice President and Head (HR), Infosys: "We have implemented iCount where the manager rates an individual's performance against his or her targets, and not in comparison to others. Goals and tasks are kept relevant at all times and immediate feedback is provided on the completion of a goal." The company has 193,000 employees who will be rewarded based on specific targets. However, Kohli says the success and failure of such a system would depend entirely on the manager. "The company does not give the experience to the employees, their manager does."

Saini believes that companies might separate the increment process from the appraisal process. "Since it is difficult to do increment in real time, companies will come up with standard increments for everyone. And, an additional reward will be given to outliers in real time and people will strive for that," he says.