Digitisation is creating tremendous opportunities for economies across the globe, and India is an example of a country that not only understands this opportunity, but has embraced it.

What India has been able to achieve in terms of economic transformation over the past two decades is commendable. Through sweeping economic reforms, initiatives to open up Indian markets to global business and investments in areas like digital technology and Smart Cities, the country has made great progress. India has more than halved its poverty rate since the initial economic reforms of the early 90s, and per capita income has almost quadrupled compared with 1991. In the last two years we have seen India's leadership dramatically accelerate digitisation, benefitting all citizens in India. Today, India is recognized as the fastest growing economy in the world - and this is just the beginning. I believe that digitisation has the power to transform India into a true technology leader in the years to come. 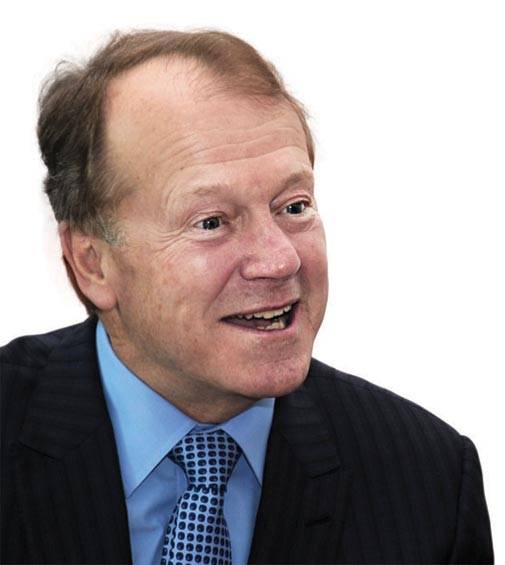 John Chambers, Executive Chairman of Cisco, asserts that digitisation has the power to transform India into a true technology leader in the years ahead.

Digitisation is creating tremendous opportunities for economies across the globe, and India is an example of a country that not only understands this opportunity, but has embraced it. In July 2015, Prime Minister Narendra Modi laid out his ambitious Digital India plan, with the goals of bridging the digital divide in the country, increasing global competitiveness, fostering innovation and creating jobs. Just 18 months later, we're already seeing the immense impact of digitisation, not only in terms of GDP growth and job creation, but also, in improving the overall quality of life of citizens, and creating better access to jobs and educational opportunities.

Smart Cities are a critical part of Modi's plan to transform India into a digital leader. While urbanisation is on the rise globally, the United Nations predicts that the largest urban growth will take place in India, China and Nigeria. These countries alone will contribute 37 percent of the projected growth of the world's urban population by 2050. In India, this translates to over 400 million new urban residents and cities need to be prepared for this influx. Recognizing that physical infrastructure investments will not be enough, the Indian government has committed to developing 100 Smart Cities across the country by 2022. Through the development of Smart Cities, India's resource-constrained urban centers will be safer, more efficient and smarter than ever before. These cities harness technology to solve many of their problems, such as sensors monitoring traffic levels, systems that collect and analyse energy use data, and security cameras that send data directly to city administrators.

Jaipur, in particular, has emerged as a model for Smart Cities both in India and across the globe. Jaipur is Cisco's first"Lighthouse City" in South Asia. It has joined other Lighthouse Cities that are leading the Smart City charge globally, such as Hamburg (Germany), Barcelona (Spain) and Adelaide (Australia). As one of India's most popular global travel destinations, the Jaipur Development Authority (JDA) set out to vastly improve the services received by its 3.5 million residents and over 40 million tourists who visit the city every year. Through our collaboration with Jaipur, the city has created digital infrastructure to offer amenities including intelligent kiosks, wireless broadband, safety and security services, traffic management and environmental updates.

Smart City initiatives in Jaipur have already improved the effectiveness of public services and quality of life for citizens. For example, smart surveillance cameras have shortened police response times, and environmental services at key locations provide Jaipur authorities with the necessary data to handle pollution and problems caused by desert conditions when they arise. Through these initiatives, the city of Jaipur will also create new revenue streams and institute new operating models that drive efficiency and lower costs.

Another key objective of Prime Minister Modi's plan is to connect rural areas with high-speed Internet networks and improve digital literacy. Despite India's leadership in IT, much of the nation's population does not have access to the benefits of the digital economy due to insufficient digital infrastructure. In 2015, only 22 percent of adults in India had access to the Internet. Meanwhile, fewer than two out of every five businesses in India have an online presence,compared with almost two-thirds of firms in China. However, India is making great strides to improve connectivity. The government's tech push aims to leapfrog India into the 21st century by connecting 250,000 villages. This includes a national fiber optic network to provide broadband Internet for every citizen, as well worker training programs in new digital technologies.

Public private partnerships will be key to achieving the government's goals. In Andhra Pradesh, for instance, Cisco is working with the government to achieve its vision of providing broadband to every household in the state and to design and implement AP Fiber Net, the first statewide broadband projectin India.

The project aims to significantly boost the regional economy by providing affordable broadband connectivity of 2 to 20Mbps for all households and 1 to 10Gbps for all institutions by 2018.

Preparing the Indian Workforce for the Future

Equally, as important as creating digital infrastructure is teaching citizens how to make the most of it. The government has implemented a programme to equip 400 million people with skills for the future by 2022. These types of programmes are crucial to keeping the country competitive and ensuring inclusive economic growth, as skilled workers currently only account for 2 percent of the Indian workforce today.

We're already seeing the impact of these initiatives in Andhra Pradesh, where we are expanding Cisco's Networking Academy programme to teach people the skills they need to be successful in the digital economy.

In addition, we have established a new Innovation Centre in Visakhapatnam to foster and engage regional startups, as well as a new research center in Tirupati focused on manufacturing and cyber security solutions.

These are just a few examples of what is possible when businesses and governments work together towards common goals.

With these types of digitisation initiatives and a continued investment in Smart Cities, I am confident India will achieve its full economic potential and emerge as a technology powerhouse in the coming years. ~