Over the past couple of decades, the continuing liberalisation of the Indian economy has ensured that the population of rich Indians keeps growing, despite the fluctuations in the global and domestic economic growth rates.

Over the past couple of decades, the continuing liberalisation of the Indian economy has ensured that the population of rich Indians keeps growing, despite the fluctuations in the global and domestic economic growth rates. Of course, it is notoriously difficult to calculate the exact number of rich, super rich and ultra rich people in India. There are various estimates of how many dollar billionaires are there in the country. Some put the number at over 100, while other, more conservative estimates put it at between 50 and 100. The number of rupee billionaires - that is, those who have a net worth of at least Rs 100 crore - is much higher, of course, and probably crosses 500. Meanwhile, different reports put the number of what are called "high networth individuals" or "high networth families" in excess of 100,000. Every year, and in each report, the numbers are revised upwards.

The reason it is difficult to get an exact estimate of Indian's super wealthy is because most of them are fairly cagey about it. While it is still relatively easy to calculate the promoter wealth of listed companies, their holdings in unlisted group companies and their other investments are almost impossible to find out. And for people who run unlisted companies and private businesses, the task of estimating the wealth becomes even more difficult. 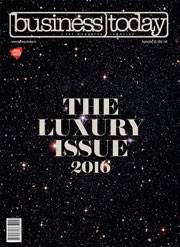 However, consumption of high-value and luxury goods tell their own story. The number of luxury car purchases in the country has been growing every year, even though taxes at the top end of the automobile market are increasing. The rich Indian buyer today pays more than double the price for a Rolls-Royce or Bentley model than his counterparts in the US or Europe. Indians also pay higher for other luxury products or services - from Gucci shoes to Patek Philippe watches.

Even here, the luxury products and services bought within the country are only a portion of the total luxury consumption by wealthy Indian consumers. As analysts point out, both the new super rich as well as the old wealthy families prefer to buy their luxury goods from the high streets around the globe, during their frequent travels. The goods and services bought in the country's luxury stores and malls are essentially purchased by the rich people who can afford the goods but do not travel abroad as frequently.

Our latest annual luxury issue has been anchored by Senior Editor Goutam Das. We have looked at both the business trends as well as consumption trends in the different luxury categories. We have profiled both those who dominate the marketing of luxury products and goods in the country as well as the broad trends in different luxury markets from real estate to art. And, while a large number of consumers of luxury in India prefer to maintain a low profile to avoid unwanted attention, there is a new breed of young men and women who like to flaunt their lifestyle on Instagram.