Why are global PE firms bullish on corporate lending in India

Private-equity firms, which normally pick up equity stakes in companies they invest in, are bullish on corporate lending when it comes to India. They are stepping up their corporate lending activities in India through their own NBFCs, which could put the banking system at risk.

Private-equity (PE) giant KKR & Co is famous worldwide for its bigticket acquisitions. In India, however, it has followed a different game plan to expand. KKR has lent more than $1 billion since early 2011 to Indian companies through KKR India Financial Services Ltd, a non-banking finance company (NBFC) it has set up here. KKR also bought a 16 per cent stake in Kolkata NBFC Magma Fincorp Ltd in May last year.

SPECIAL: India's BEST PE and VC Funds KKR's approach is fast becoming a trend in the country. Many other PE firms have also set up, or invested in, local NBFCs to extend loans to Indian companies. Goldman Sachs and Everstone Capital Partners joined hands to start Indostar Capital Finance Pvt Ltd in 2009. Early this year, Warburg Pincus agreed to buy a majority stake in Future Capital Holdings and invested $50 million in Jaipur-based AU Financers. Apollo Global Management, one of the largest PE firms in the world, has tied up with ICICI Venture to undertake structured debt financing activities through an NBFC.

To be sure, this is not the first time that PE-backed NBFCs have started lending in India. Six years ago, Temasek Holdings, a PE firm owned by the Singapore government, formed an NBFC in India to offer personal loans to lower-income and self-employed people. The NBFC, Fullerton India Credit Company Ltd, rapidly expanded in the first one-and-a-half years. It opened more than 800 branches and hired 8,000 people. In 2008/09, Fullerton had revenue of Rs 900 crore and broke even. But the global economic crisis hit it hard. Job losses and salary cuts led to loan defaults and it posted a loss of Rs 721 crore in 2009/10. Since then, it has closed several branches, trimmed its workforce and changed its focus to expand its secured portfolio that includes loans for autos and gold. The steps helped Fullerton improve its financials. Its fate led other global PE firms entering India to learn from its mistakes and focus on lending to a different segment - corporate houses.

But why are global PE firms, which normally pick up equity stakes in companies they invest in, bullish on corporate lending when it comes to India?

"NBFCs are a good proxy for investment in a highly regulated banking sector," says Sanjay Chamria, Vice Chairman and Managing Director, Magma Fincorp. Banks, for instance, must keep 4.5 per cent of their deposits with the Reserve Bank of India (RBI) and invest 23 per cent of their deposits in liquid assets including government bonds and gold. They must also advance 40 per cent of loans to priority sectors such as agriculture. NBFCs are not bound by such restrictions.

Private-equity players are setting up NBFCs alsoc PE firms can get from lending. The PE firms bring in capital - proprietary or borrowed from foreign banks - at interest rates of three to four per cent and lend to Indian companies at interest rates as high as 18 to 24 per cent, says an executive with a global PE firm. This at a time when volatile stock markets are making it tough for PE firms to generate high returns by exiting their previous investments. We require sizeable and meaningful institutions in India to meet the growing credit needs of the corporate sector: Vimal Bhandari
Market volatility means also that promoters of companies are reluctant to sell shares to meet their funding needs. Banks have so far been the major source of funds for companies. "This is because the corporate bond market is not well developed and there are restrictions on companies seeking to borrow from overseas," says Vikram Chachra, founder of PE firm Eight Capital Advisory Services. But banks are now turning cautious because of rising bad loans. In fiscal year 2011/12, 87 companies sought permission from their lenders to restructure Rs 67,889 crore in loans. In the April to July period of this fiscal year, 68 companies sought to recast debt worth Rs 44,410 crore. Ratings firm Crisil estimates the total restructuring portfolio of banks at a record Rs 3.25 trillion (one trillion equals 100,000 crore) this fiscal year.

This is where PE-backed NBFCs are filling the gap. "The NBFC structure gives PE firms the flexibility to offer structured debt and mezzanine financing," says Sanjeev Krishan, Executive Director, PricewaterhouseCoopers India, an audit and consulting firm. Mezzanine financing involves debt that is converted into equity if it is not paid in time. It is not only small or mid-sized companies that are raising debt from these NBFCs. Big names such as the Analjit Singh-led Max India Ltd and an investment company owned by steel tycoon Sajjan Jindal have raised a total of Rs 1,200 crore from KKR India Financial to repay existing debt and expand their businesses. "The borrower gains also from the PE firm's global experience in dealing with various sectors," says Krishan.

Rs 3.25 tn The restructuring portfolio of banks this fi scal year according to Crisil

Such deals are raising eyebrows, however. Critics say these NBFCs are aggressively lending to sectors where banks have regulatory limitations. "The money from global PEs is finding its way into sectors where foreign capital is restricted," says the CEO of a local PE firm who does not wish to be named.

Another executive at a local PE firm says global PE players have "devised a way to circumvent" the RBI's rules governing external commercial borrowing (ECB). The RBI, for instance, caps the interest rates that local companies can pay for overseas debt at 350 basis points above the London Interbank Offered Rate (LIBOR) if the maturity period is less than five years. NBFCs backed by global PEs lend at much higher rates. The RBI also bars companies raising overseas borrowings to use such funds for investments in the capital market and the real estate sector. The NBFCs are lending for such purposes as well.

There are other concerns as well. These NBFCs are allowed to borrow funds in India up to six times their capital. Since the NBFCs have a high capital base, this multiplies the risk for the financial sector. Indostar, for example, has a capital base of nearly Rs 1,000 crore and, therefore, can borrow up to Rs 6,000 crore. In comparison, many top NBFCs that are not backed by global PE firms, such as Reliance Capital and Shriram Capital, have capital bases just a quarter of Indostar's. "High capital makes PE-backed NBFCs undertake big lending transactions, which if they go bad, could create risk for the system," says a banker. 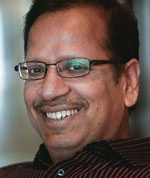 NBFCs are a good proxy for investment for a private-equity firm in a highly regulated banking sector: Sanjay Chamria
Unlike banks, these NBFCs are also flexible in accepting collateral. They can lend against a corporate guarantee provided by the borrower's foreign partner, or a plot of land, and against shares pledged by promoters. Last year, Ashwin Dani, a promoter of Asian Paints, approached a PE-backed NBFC for a Rs 300 crore loan against shares. His investment company, Geetanjali Trading, which holds a 16 per cent stake in the paint major, walked away with a cheque from the NBFC without any hassles. "It (real estate and margin lending) is 30 to 40 per cent of the market opportunity," says an executive with a global PE firm that runs an NBFC in India.

Spokespersons for NBFCS counter the allegations by noting that India's corporate debt market is at a nascent stage and there are not many options available to companies to raise funds. "We require sizeable and meaningful institutions to meet the growing credit needs of the corporate sector," says Vimal Bhandari, Managing Director and CEO, Indostar Capital. Indostar claims 60 to 70 per cent of its loan book is similar to any bank's loan book. The remaining exposure comprises loans against property, acquisition financing and related activities.

It is not as if the RBI has turned a blind eye towards global PE-backed NBFCs. It has been tightening the regulations governing NBFCs for the past couple of years. The steps include increasing the capital adequacy requirement of NBFCs to 15 per cent from 12 per cent in February 2011. In March this year, the central bank capped the amount that NBFCs can extend as loan against gold as collateral.

According to an RBI-appointed committee headed by former Deputy Governor Usha Thorat, India has about 12,500 NBFCs. More than 70 per cent of NBFC assets are with those the RBI classifies as systemically important - NBFCs that do not take deposits and have more than Rs 100 crore capital. The number of such NBFCs jumped from 151 in March 2006 to 295 in March 2010, and their assets more than doubled to Rs 5.67 trillion from Rs 2.51 trillion. In its report submitted in August 2011, the panel says borrowing by NBFCs from banks has risen in the last few years. "That means transferring the risk to NBFCs, which have the freedom to lend to any sector," it says. The report also says that "a number of NBFCs are apparently capitalised only with equity, but the investment in their equity capital is based on funds borrowed offshore." These companies, therefore, are circumventing the capital controls on overseas borrowings, it adds. The panel suggests enhancing the capital adequacy norms for NBFCs and higher provisioning for risky lending. The central bank is expected to take a call on the committee's recommendations soon.

Many expect a more stringent regulatory environment for systemically important NBFCs. "There will be complete clarity on NBFC guidelines once the RBI implements the Thorat committee's recommendations," says Magma Fincorp's Chamria.