Critics say the bill is a hurried piece of legislation that rests on an already crumbling programme, the Public Distribution System (PDS), which has failed to provide food security, despite being in place for five decades.

Shweta Punj
"It is time to send out a big message that India can take the responsibility of ensuring food security for all its citizens," said Congress president Sonia Gandhi, as she pushed for the passage of the National Food Security Bill in the Lok Sabha at the end of August. The bill, since passed by both houses of Parliament, makes cheap foodgrain a legal right for 67 per cent of India's 1.2 billion people. 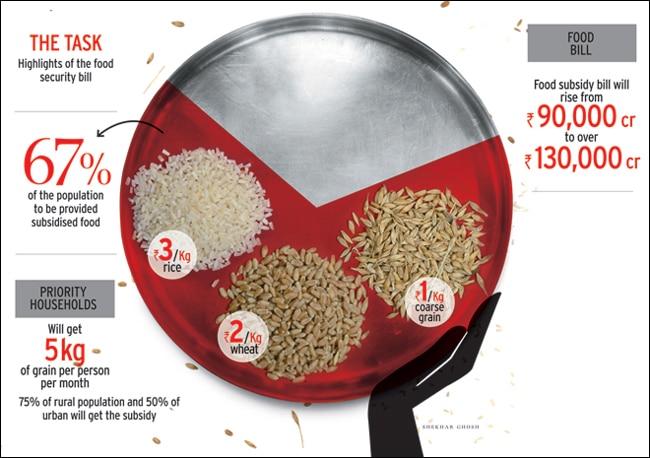