The Indian government seems to have belatedly woken up to the potential of shale gas in meeting India's energy needs. It is finally ready with its shale gas policy, but it does not signal the end of the problems in harnessing this resource.

The sleepy village of Icchapur in West Bengal made headlines in January 2011, when the Oil and Natural Gas Corporation (ONGC), along with the US-based oil services company Schlumberger discovered shale gas reserves in the region .

It was estimated that the reserves could be as much as a trillion cubic feet (tcf). At around the same time, the US-based oil and gas explorer Joshi Technologies Ltd reported a shale find at its conventional gas well in Gujarat's Cambay basin.

These were among the first major shale gas finds in India. Many analysts called them the tip of an iceberg. Indeed, US government's statistical and analytical agency Energy Information Administration estimates that India has shale gas reserves of 290 tcf, of which 63 tcf is recoverable.

This is good enough to meet India's natural gas demand for the next 33 years, according to the petroleum ministry estimates. The Indian government seems to have belatedly woken up to the potential of shale gas in meeting India's energy needs. The petroleum ministry is finally ready with its shale gas policy to commence exploration and production in India after debating and fine-tuning it for over two years. Currently, an inter-ministerial group is studying the new policy and is likely to seek Cabinet approval in mid-March.

It is expected that India might offer shale blocks for exploration in September. "We are ready with our shale policy, and can announce it any time," Petroleum Minister Veerappa Moily told reporters cently.

The Indian government is trying to evolve a big-bang policy to woo prospective investors, petroleum ministry officials told Business Today. It plans to shift from profit-sharing to a revenuesharing formula for shale gas projects. The present cost-recovery model of the New Exploration Licensing Policy (NELP), which allows operators to recover all their investment before sharing profits with the government, had faced flak from the Comptroller and Auditor General (CAG). The CAG felt that the cost-recovery model incentivises companies to keep raising investment figures to defer the government's profits.

Moreover, the government is considering an amendment in mining rules framed in 1959 to allow the simultaneous exploration of more than one fuel in oil and gas blocks. This policy will give the first right of refusal to the operator of conventional gas blocks, or other fuel such as coal, where it is believed shale gas might be found. "Eventually, multiple operatorship in production areas will have to be introduced in case the original operator is not willing to develop shale gas," says Avinash Chandra, former Director General of Directorate of Hydrocarbons, which formulates the exploration policy for the petroleum ministry.

The new shale policy aims to target only experienced oil and gas companies. A three to five years of operational expertise is likely to be mandatory, petroleum ministry officials said. NELP allows relatively new companies to take smaller and onland blocks, but it would not be allowed for shale projects. "It is two to three times costlier than conventional gas and drilling is very tricky," points out Aashish Mehra, Managing Director & Partner at US-based Strategic Decisions Group's (SDG) Asia Pacific Chapter.

"These are positive steps, and would impress most of the global investors who are looking forward to participating in India's shale gas exploration projects," says Herb Dhaliwal, Canada's former Minister for Natural Resources. Under Dhaliwal's stewardship, Canada took giant strides forward in shale gas exploration.

Dhaliwal is also a director at East West Petroleum Corporation, which has a 10 per cent participatory interest in an oil and gas block in the Assam-Arakan basin. This basin also has shale gas reserves. The Indian oil and gas industry, too, is now waiting for the shale policy to be formally announced.

"Once the Indian government announces the policy, we will take our decision," says B.C. Tripathi, CMD, GAIL India. India may have to pay a price for hopping on to the shale bandwagon after a host of other countries, say experts. US and China, along with Australia, Canada, Poland, Ukraine, and Spain, have taken big strides forward in tapping their shale gas reserves even as India wasted precious time in formulating its strategy. Shale meets 20 per cent of the natural gas demand of US. This has significantly reduced its dependence on imported gas. 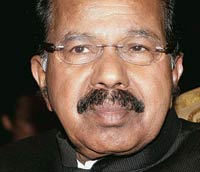 We are ready with the shale policy, and can announce it any time: Veerappa Moily
Currently, several countries are already in different stages of shale gas exploration. The rush for equipment and technology will only worsen, adding to the cost and making this gas expensive," says Deepak Mahurkar, Associate Director at PWC India. The existing demand for natural gas in India is roughly 290 million metric standard cubic metre per day (mmscmd) and is projected to grow to 470 mmscmd by 2016.

Domestic supply, however, is less than half of the existing demand . There are other teething troubles. Several issues related to shale gas exploration are yet to be resolved, which are independent of the new policy. This includes land acquisition problems and environmental concerns.

These are positive steps, and would impress most of the global investors: Herb Dhaliwal
Vandana Hari, Editorial Director at energy reach organisation Platts's Asia office in Singapore, believes attracting investment and companies with the technological know-how depends on a host of factors. "The extraction process requires large contiguous tracts of land, as well as plenty of water supply, which might present a problem in a country like India," she says. Most of the shale gas blocks are in the disturbed areas - affected by either Naxalism or other forms of extremism - such as Assam Arakan, or Damodaran Basin. Land acquisition then could be a thorny issue Environmental concerns, too, could slow down progress on shale gas exploration. The hydro fracturing technology - the most advanced technique available for shale gas explorations - has been in the eye of a storm recently. In Europe, this technology was thought to be responsible for mini-earthquakes in the United Kingdom in 2011.

France, Romania, Bulgaria, along with some other countries, imposed a moratorium on exploration. Many of these countries are planning to resume exploration again.

India, though, could learn lessons from Germany. The German environment ministry in a study has suggested that fracturing technology should not be banned, but shale gas operations should not take place in water protection zones. Also, it has proposed that environmental impact assessments must be mandatory for drill sites. "This would make the companies more sensitive to environmental issues," says Mehra of SDG.

Clearly, while a shale gas policy may have been the need of the hour, the Indian government will not find it easy to give a big push to exploration and production in India.