Indian drug makers are slugging it out with Big Pharma over launch of biosimilars. Will they be able to hold their fort in this emerging space?

On June 27, Hyderabad-based Hetero Drugs, a big producer of HIV/AIDS drugs, announced the launch of a biosimilar, Bevacizumab, for treatment of colorectal cancer. The drug is estimated to have a potential market of close to Rs 180 crore. But there is a hitch. Roche, the company that had discovered the drug has challenged the approval to the biosimilar in the Delhi High Court. The drug is being sold on the basis of the regulatory approval.

Roche's action was expected. Other drug companies - whether it is Biocon, Mylan, Reliance Life Sciences and, now, Hetero - have, for over two years now, been battling legal challenges to their biosimilars from innovator companies such as Roche. Anticipating such an action, Ahmedabad-based Zydus Cadila approached the Mumbai High Court a few months ago for restraining the innovator company from challenging the biosimilar of its breast cancer drug Trastuzumab that it had launched in January this year.

This, say market watchers, is just a start. Given that at stake are drugs with markets worth billions of dollars, the battle between global pharmaceutical giants and Indian biosimilar makers is unlikely to abate. The fight will, if anything, intensify, as more and more Indian companies try to tap the opportunities in the biosimilar space, which some see as the next growth frontier given the limited opportunities in the increasingly competitive generics market. Also, many of the newer drugs, especially for cancer care, are biotech drugs.

A biosimilar is a drug with properties that are similar to another that has been licensed previously. Biosimilars, like generics, are a competition to innovator drugs. A generic drug is a chemically derived medicinal product made of pure chemical substances whose structure can be easily identified whereas a biosimilar is a medicinal product of biological origin with a structure that is more complex than that of a generic drug.

Pratibha Singh, an intellectual property, or IP, lawyer and a member of the IPR Think Tank that drafted the National IPR (intellectual property rights) policy, says, "Biosimilars are the next big thing. The Indian industry poses a huge threat to the innovator companies, just like it did in generics." Aware that the competition in small molecules has limited the scope for growth in generics, almost all top 20 Indian pharmaceutical companies are entering the space. Some are going abroad, too. For instance, on July 15, Biocon announced its foray into Japan. In February last year, Ahmedabad-based Intas Pharmaceuticals had launched a biosimilar in EU, the US and Japan markets. "The period between 2015 and 2020 will see many products go off patent," says Bitika Sharma, Partner, Singh & Singh Lall & Sethi, a leading IP law firm (co-founded by Pratibha Singh and others). This will be a huge opportunity for Indian companies - while biosimilars are costlier to make, they are also several times more expensive than generics - provided they can manage the maze of complex regulations and judicial challenges.

In all the court cases, the multinational company, or MNC, is Roche. This has partly to do with the fact that the Swiss healthcare giant has arguably the biggest portfolio of cancer drugs in critical areas. Its strategy, say people in the biosimilars camp, involves taking companies to court even if the original drug has gone off patent. It questions the drug on the grounds of it being called a biosimilar and a copy of its product (implying that the Indian company is trying to benefit from the reputation it has earned on its drug). Click here to Enlarge
Arguments around these lines, say some, have created a cloud over the way the approvals are granted. "The court wanted to peruse whether these companies were complying with the 2012 biosimilar guidelines or not, and whether there are sufficient safeguards in the Drugs & Cosmetics Act that are in consonance with the guidelines or not. These matters are pending," says Sharma. The courts, she says, "are also looking into the extent to which these suits by innovator companies are maintainable". In other words, the question is, what rights they enjoy over a drug when there is no patent or trademark violation and there is no issue of data exclusivity (as it is not recognised in India).

While India's biosimilar market is still small, the stakes are getting bigger as it attracts more and more players. Industry estimates suggest that the potential market for biosimilars in India is over Rs 2,500 crore. Just Roche's Trastuzumab and Bevacizumab have a Rs 600-crore market, according to estimates. The total pharmaceutical market is worth Rs 1 lakh crore.

The regulations, however, have not kept pace with the changing market. One reason for court battles is the scope for different interpretations. Biosimilar makers say the issues will be sorted out soon. "Wherever there is a scope for different interpretations, it will get addressed with strengthening of regulatory systems and new guidelines," says Biocon Chairperson & MD Kiran Mazumdar-Shaw. 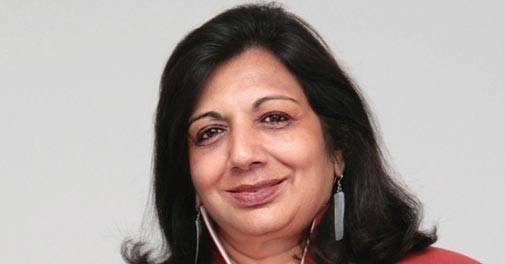 "Wherever there is a scope for different interpretations, it will get addressed with strengthening of regulatory systems and new guidelines"

G.N. Singh, the Drug Controller General of India (DCGI), while opting not to comment on its approvals being challenged, says, "The new biosimilar guidelines, which will be out in about three weeks, are going to change the approval process. They will address all the issues and make India a favourable destination for these drugs." He is confident of addressing the concerns of MNCs, too. "It took us one and a half years to prepare the guidelines. We have taken inputs from stakeholders, including MNCs."

But that may not be the end of all the problems as there is a view that biosimilars, by their very nature, are prone to litigation. "The patent landscape in biologics is much more complex than in small molecules, leaving a lot of scope for litigation and opposition," says G.V. Prasad, Co-chairman and CEO, Dr. Reddy's. He says in biologics, there are various patents, such as for the clone, the process, and others. "A small molecule drug has 10-15 patents but a biologics drug has about 100 patents. There is a lot of complexity. That is one part. The other is the structure. A small molecule is easier to characterise and design than a large molecule. So, establishing one-to-one equivalence is challenging." That is why the product's sameness can be questioned. "It is like saying that two human beings are similar but not identical - both have two legs, two hands, two eyes and one head, but are not the same. This is not the case with small molecules, whose exact equivalence can be proved. These two things make it tough to get approvals and leave a lot of scope for litigation and opposition."

Some within the industry say these cases are setting a bad precedent. "Generally speaking, any regulatory approval should not be questioned in a court. It is unfortunate that this is happening in India," says Mazumdar-Shaw. But others say this happens even in the US.

"As long as the biosimilar has the approval of the committee of subject experts and the DCGI and there are no patent or data protection issues, it should not be a problem," says a senior executive of an Indian pharmaceutical company who did not want to be identified. This argument is in sync with the line many biosimilar companies are taking. Some, pointing to the Reliance and Roche case over Trastuzumab, say the latter should have appealed to the DCGI before moving court.

Roche has its own arguments. "We have taken this action because as the holder of the Herceptin trademark and the innovator of Trastuzumab, we have a duty to ensure that if a company claims its product is a biosimilar of, or similar to our innovator product Trastuzumab, then it satisfies the criteria for a biosimilar," says its website.

Rough calculations suggest that a biosimilar brings down the price of a drug by 30-60 per cent. In generics, the fall is much steeper. For example, when a drug is launched after approval under the Abbreviated New Drug Application, or ANDA, the price reduction can be as high as 95 per cent. This is due to the different cost structures. If, for instance, launching a generic drug under the ANDA costs a couple of million dollars, a biosimilar launch would cost $50-100 million. 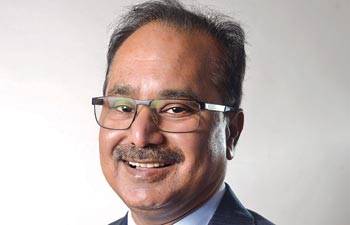 "The patent landscape in biologics is much more complex than in small molecules, leaving a lot of scope for litigation and opposition"

That is one reason why the big MNCs are also looking at biosimilars. "The innovator companies are also becoming aggressive in biosimilars, Amgen directly and Biogen through its joint venture with Samsung," says Subir Basak, a management consultant who has spent years working at both innovator companies such as Amgen and Merck in the US as well as companies that make biosimilars such as Intas and Dr. Reddy's. Novartis's Sandoz is already a known name in this space. Although it is early days to talk about price cuts and benefits such as higher market share, typically, the reduction in the price of the original drug after the launch of the biosimilar is in the range of 10-20 per cent. However, no innovator has launched a biosimilar in India yet. "The probability of an innovator-developed biosimilar being launched in India is low. But there is always a possibility of an authorised biosimilar product being made available in India," says Chandru Chawla, who heads corporate strategy at Cipla and also heads Cipla New Ventures, which includes Cipla BioTec, a company focused on "affordable and accessible biopharmaceuticals".

There is one worrying dimension that needs to be looked at. Some cancer specialists have been raising the issue of non-availability of latest cancer drugs in India. Oncologist Radheshyam Naik, who treats about 300 patients every month at HealthCare Global Enterprises, a Bangalore-based chain that specialises in caring for cancer patients, says, "At least a third of my patients need some of these latest drugs so that cancer control can be more effective. Whether they can afford it or not, the fact of the matter is that there are drugs available outside India that my patients need but do not get." One of his concerns is whether this has got to do with the rise of biosimilars in India.

Those within the industry, however, say the absence of a global product from India does not prevent an Indian company from launching a biosimilar here. A good case in point is Zydus Cadila, which in December 2014 launched Exemptia, the world's first biosimilar of Adalimumab through what it called "a non-infringing process and non-infringing formulation". The drug is used to treat rheumatoid arthritis and other auto-immune disorders (the innovator drug is AbbVie's Humira). Pankaj R. Patel, Chairman and Managing Director of Zydus Cadila, says, "We made a therapy that was until then unavailable to Indian patients suffering from inflammatory arthritis. Biosimilars address the twin aspects of access and affordability."

The perceived reluctance to launch new drugs is driven by commercial and strategic reasons as most of these are high-priced and, therefore, have a tiny market. Also, if the MNCs were to lower the price for India, it could have an impact in their home markets, as consumers, insurance companies and regulators in some countries like the US are increasingly demanding better value for what is being spent on patients. In the US, high-priced drugs have even become an election issue. There have been media reports of Hillary Clinton's attacks on Valeant Pharmaceuticals over what she called "predatory pricing". Clinton is the Democratic nominee for the presidential race.

Whatever the reason, the dilemma of a doctor or patient who knows a drug exists but is not available is real. "Some 15 to 16 new drugs over the last three years or so have not been launched in India," says Dr. Naik. Let's hope the list does not get any longer.