News
Magazine
Features
Why some e-tailing sites have unusual names

Why some e-tailing sites have unusual names

KyaZoonga. Zovi. Yebhi. Jabong. Sounds like gobbledygook, right? Yet, believe it or not, Indian online shopping site names are not chosen arbitrarily. Electronic retailers, or e-tailers, give much thought to these seemingly meaningless names and try to select something that best reflects their image.

Nandagopal Rajan
Neetu Bhatia wanted a quirky and catchy name for the online ticketing site she set up some years ago. She asked ad filmmaker Prahlad Kakkar, who suggested the tongue-twisting 'kazakazoonga'. The word baffled some of her colleagues who were listening in. "When he uttered that name, someone asked: Kya zoonga? And that is how the name of our site came about," says Bhatia, Co-founder and CEO of KyaZoonga.com. " We chose it because it was not as long as the one Kakkar proposed, and still had two Os like Google and Yahoo!"

KyaZoonga. Zovi. Yebhi. Jabong. Sounds like gobbledygook, right? Yet, believe it or not, Indian online shopping site names are not chosen arbitrarily. Electronic retailers, or e-tailers, give much thought to these seemingly meaningless names and try to select something that best reflects their image, if not necessarily their products. Apparel and accessories e-tailer Jabong.com, for example, is named after an evergreen plant in line with its youthful image. "We named ourselves after the thought of being evergreen," says Praveen Sinha, Cofounder of Jabong.com. "We had a brainstorming session and the result was a name that was as young, vibrant and fresh as we are." Richa Kar, CEO of online lingerie seller Zivame, wanted to name her site Ziva, which means radiance in Hebrew. But Ziva was not available and she settled for Zivame, which means 'radiant me'. "We strive to bring out the radiance in every Indian woman by offering her the right fit and freedom to explore styles and brands from the comfort of her home," she says. The founders of baby products e-tailer Hoopos wanted to name their site after the hoopoe bird considered lucky by many.

But a South African safari owned hoopoe.com. "The next best thing was hoopos which connected to joy and affection, but didn't sound overtly like a baby site," says Vijay Jumani, Co-founder and CEO.

Industry experts say the main reason for the bizarre domain names is that the simple ones are already taken. e-tailers have to think of something unusual that others, not even cyber squatters, have thought of before. "People have to be able to remember a name easily and it has to be a good word-of-mouth engine.

It also has to sound good and reflect the purpose of the founders," says Suchi Mukherjee, Co-founder and CEO of LimeRoad.com, an online lifestyle product retailer. She chose a rather conventional name which combines the tanginess of lime with the significance of Grand Trunk Road on which commerce thrived in medieval India.

Still, some e-tailing site names are totally meaningless. They are only chosen because they are zany and easy to remember. When BigshoeBazaar decided to change to a shorter name, it shortlisted several options and allowed employees to select one that was easiest to remember. 'Yebhi' was the name that got the most votes from employees. Myntra was born in a similar fashion. "We shortlisted 10 names, some more inclined to Hindi and the others to English. We finally picked this one as it played on the word Mantra and still had a modern feel to it," says Ashutosh Lawania, Co-founder of Myntra.com, a fashion e-tailer.

Some names are based on consumer preference. A team at apparel and accessories retailer Zovi conducted a consumer survey of five 'neutral to positive' names until it found what the respondents liked. "The respondents associated some names with female brands and others with males. Of this, Zovi came out on top as it could stand for anything," says Marketing Head Monappa Nalyanda. Finding names for online retailers is only likely to become tougher given the pace at which the market has been growing. The business is relatively new in India compared with the West, but several new players have sprung up in the past few years while popular retailers such as Flipkart, Yebhi, Jabong and Myntra have expanded, mostly driven by demand from smaller cities and towns. Consultancy firm Technopak pegs the online retail market in India at $500 million and has predicted it will grow to $70 billion by 2020. 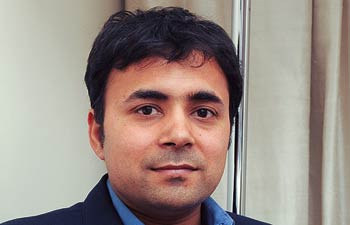 We shortlisted 10 names, some more inclined to Hindi and the others to English. We finally picked Myntra as it played on the word Mantra and still had a modern feel to it: Ashutosh Lawania
Industry experts say the length of a domain name is most important. An ideal name should be between two and three syllables. Also, it should be easy to spell. Zovi and baby products e-tailer Hoopos fit the bill on that score.

E-commerce sites also want names that do not limit them - in case they diversify. KyaZoonga's Bhatia says her site's name allows a great deal of business flexibility as it does not limit them to any particular product or service. In Zivame, Kar found a name that is not linked to a simple brand. "This is good for a multi-brand dealer like us," she says. 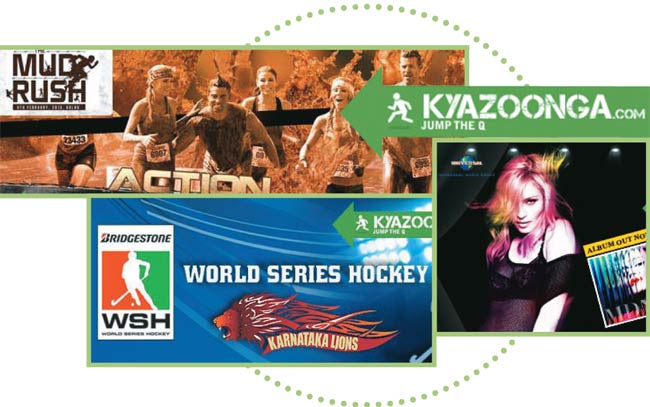 On the flip side, it takes time for people to connect with these names. Zivame, for example, could be spelt as zimave while KyaZoonga may be mistaken for kayazoonga. Companies tackle this problem by buying most related names and spelling combinations. LimeRoad. com's Mukherjee, who has worked for eBay and Skype, says companies should be careful not to overthink the name. "You could spend endless hours on naming, be all scientific about it, ruminate, optimise and think that you have landed that ultimate gem of a name. But at the end of the day, if the product experience you build is truly clutter-breaking, the customer falls in love at first brush, the name becomes all but secondary."