Promoters get a free hand to play around with investors' money because there are many regulatory gaps in monitoring IPO proceeds.

Bharatiya Global Infomedia Ltd used money raised through an initial public offer (IPO) to pay off inter-corporate deposits, which are essentially unsecured loans from other companies . The Noida-based IT solutions company had taken these loans months before the IPO. The risky nature of the borrowed funds figured nowhere in the issue prospectus.

RDB Rasayans Ltd, a Kolkata plastic products manufacturer, diverted IPO funds to a financially weak group entity in the real estate business. This was not only highrisk but also unrelated to the core business. IT solutions provider Taksheel Solutions Ltd, a Hyderabad company, made a factual misstatement in its IPO prospectus about a land allotment that was actually in the process of being cancelled at the time when the prospectus was filed.

These cases figure in an interim order dated December 28, 2011, by which markets regulator Securities and Exchange Board of India (SEBI) debarred half a dozen companies and their promoters from accessing the capital market , because they misused IPO funds.

SEBI's investigation into these IPOs has a happy ending, at least as far as investors are concerned. But it has raised uncomfortable questions about a host of institutions that supposedly safeguard investors' interests.

One of these guardians is the Registrar of Companies, which is part of the Ministry of Corporate Affairs, and which has wide-ranging powers to go after those who misuse IPO funds. There are also auditors, who put their stamp of approval on status reports on the use of IPO funds. These reports are submitted to stock exchanges every quarter, and every year to the Registrar of Companies. Then there are independent directors on company boards, as well as audit committees, which are supposed to act as the eyes and ears of shareholders. And, of course, there is SEBI.

"SEBI has a limited mandate of regulating companies," says Saurabh Agrawal, director at Kennis Group, a financial consultancy in Mumbai promoted by a group of chartered accountants. 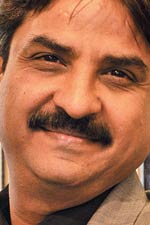 SEBI can change the reporting format for the utilisation of IPO proceeds: Pavan Kumar Vijay
For over a decade, the restricted mandate has made it hard for SEBI to monitor the diversion of IPO funds to uses not indicated in the prospectus. About a year and a half ago, the regulator tried yet again to increase its powers to monitor how companies use funds, by making a representation to the Parliamentary Standing Committee on Finance for the new Companies Bill. But the Ministry of Corporate Affairs denied the request, saying such monitoring is the domain of the Registrar of Companies, which must do this in coordination with SEBI.

Pavan Kumar Vijay, Managing Director of Corporate Professional Group, a Delhi company that advises companies on governance, says SEBI can step in when it detects an abnormal stock price movement.

In fact, this was how its investigation into the six IPO cases began - their stock prices plunged on the first day. This was the first time SEBI expanded an investigation to minutely study offer documents and verify disclosures.

Inadequate regulation
Promoters get a free hand to play around with investors' money because there are many regulatory gaps in monitoring IPO proceeds. For example, after the IPO, a company is not required to update SEBI on how proceeds are being used. It only needs to file a quarterly status report with the stock exchange where it is listed (see box: System of Silos).

Take the case of Pradip Overseas, which raised Rs 116 crore from the public in March 2010 to set up a textile special economic zone (SEZ) in Gujarat and a factory in it. Two years on, the Ahmedabad company has used just Rs 5.15 crore of some Rs 100 crore earmarked for the project. "We have shelved the SEZ plan," says J.S. Negi, an independent director. Indeed, the IPO document contained hints: it said the company had acquired only around 85 hectares of the 100 required for the project. There was no certainty about acquiring the rest.

The document also said the company had yet to order some Rs 57 crore worth of plant and machinery, although production was to start in January 2011. Now Pradip Overseas blames the government for burdening SEZs with Minimum Alternate Tax. But those are issues that the company and merchant bankers should have highlighted for investors.

Soon after the IPO, Pradip Overseas changed the IPO object clause to use the proceeds as margin money for working capital. "The Registrar of Companies has more powers to regulate companies," says Kennis Group's Agrawal. But sometimes it does not act, and when it does, it is likely to be delayed.

Virendra Jain, investors' rights activist and founder member of Midas Touch Investors Association, says: "The Registrar of Companies will know only a year, or one and a half years, after reporting, because of annual filing of documents," he says. The registrar does not monitor companies as a matter of course, but may act if it comes across information that warrants an investigation.

The practice of promoters changing the IPO object clause after raising money from the public has become rampant. "The auditors' limited review records the change in the object clause, but doesn't go beyond it or probe the changes for malafide intentions," says a chartered accountant on condition of anonymity.

Plugging the loopholes
The vagueness of SEBI's format for the quarterly disclosure is convenient for unscrupulous promoters. It does not require details of the company's investments in mutual funds or securities, nor of interest on such investments. It also does not require details of inter-corporate deposits (ICDs) and money lent to friends and relatives. Promoters can park money in high-risk ICDs or siphon it off by lending to shell companies in the guise of Rs investment in high-interest liquid instruments'. 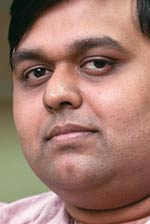 The Registrar of Companies has more powers to regulate companies: Saurabh Agrawal
"SEBI can change the reporting format for utilisation of IPO proceeds," says Corporate Professional Group's Vijay. He says it should require details about ICDs and mutual fund investments. Rajeev Agarwal, a full-time director at SEBI, says his organisation is taking steps to make disclosure norms more comprehensive. "We are reviewing the entire IPO process," he says.

Until the reporting is made stringent, companies will continue to play with investors' money. Take the case of Bedmutha Industries, an iron and steel company in Nashik, Maharashtra. More than Rs 60 crore of the Rs 92 crore it raised through an IPO are in cash credit, ICDs and advances to unspecified parties for purchase of assets. In their limited review, auditors Patil Hiran Jajoo & Company have given no break-up of the advances or ICDs.

Another example is the Rs 118-crore IPO in September 2010 by New Delhi apparel and accessories retailer Cantabil Retail. The company has used only Rs 11 crore of the Rs 56 crore earmarked for a new manufacturing facility and retail network expansion. "We have extended the time for attainment of the object of IPO proceeds by two years by passing a special resolution in January 2012," says Company Secretary Poonam Chahal.

Rather than parking unused money in safe bank deposits, the company has chosen to invest Rs 30 crore in the units of mutual funds whose names are not disclosed. "Any specific name would be difficult to give as it keeps on changing," says Chahal.

A spate of resignations by Cantabil's CFOs and compliance officers should have alerted the Registrar of Companies to trouble. Chahal says the exits were career enhancement moves. "No other specific reason is associated with them," she says. SEBI is now aggressively going after merchant bankers who play a key role in IPOs, and also doing due diligence on its own. In the six cases SEBI investigated, it has held merchant bankers accountable for overlooking factual misstatements in the prospectus and non-disclosure of relevant facts. It has debarred Almondz Global, PNB Investment Service and few other merchant bankers from handling public issues.

There may be limits, though, to what merchant bankers can do. "It is not practical to expect them to independently verify all debtors and creditors," says Vijay. While doing due diligence, merchant bankers have to rely on reports, especially those by valuers, solicitors and auditors. However, Rakesh Singh, Head of Investment Banking at HDFC Bank, says that merchant bankers do have the right to ask tough questions, and even to insist on a fresh audit if they are not satisfied with any numbers.

That is a possibility, now that SEBI is getting tough. The Companies Bill, likely to be passed in this Budget session, could bring investors some peace of mind. The Bill says that shareholders who are not in favour of a change in the object clause have the right to exit the company. "The company has to give minority shareholders an exit option," says Vijay. But the larger issue of regulatory gaps remains.