Nobody accused me of running an ATM ministry, says Jairam Ramesh

Former UPA minister Jairam Ramesh, in a conversation with Business Today, minces no words when he calls the Ministry of Environment and Forests (MoEF) a bed of thorns.

A time when the environment ministry is at the centre of a raging debate on clearances comes former UPA minister Jairam Ramesh's Green Signals, a book packed with written records of his stint in the ministry. He says the book is not a political memoir, but does capture his evolution from a "growth-at-all-cost" person to someone with a more sustainable growth agenda. In a conversation with Sarika Malhotra, Ramesh minces no words when he calls the Ministry of Environment and Forests (MoEF) a bed of thorns, terms activists and lobbyists as hedgehogs, and wades into the prickly action with relish. Edited excerpts:

Q. From economic administration to environment - what was the transition like?

A. In 2006-09, I was with the commerce ministry, and then I was in the power ministry. In UPA-II... to get environment and forest was a complete surprise. The transition was painful. It's a bed of thorns. The environmentalists are never satisfied. You can't please the growth constituency, as you end up taking positions which may seem to be not in favour of the corporate sector. So you just try to navigate the middle path; trying to be neither a pure environmentalist or a pure growthwallah, eventually pleasing neither. These are not black or white issues. These are issues of shades of grey. Particularly since we are living in a democratic set up - we have a civil society, environmentalists, people whose livelihoods are threatened - and that's what makes the job of decision making that much more difficult.

Q. Why did you have glass doors to your office in all the ministries you were a part of?

A. Glass doors were a signal that people can come in anytime...dont need appointments. It's a transparent set up.

Q. Why did you feel the need to send out these signals?

A. Things emanate from the top. If I wanted the ministry to be transparent, I had to be so. It's important in public life to send these signals. In the 25 months I was at the ministry, there were lot of accusations against me: 'I did not go far enough to protect the environment; I went so far that economic growth decelerated.' But nobody accused me of running an ATM ministry.

Q. You had said 'What India needs more of is the smooth fox - cunning and crafty - to find the balance between high growth and enduring conservation'. Were you that fox?

A. Well, I tried to be. But I tried to be a transparent fox. That's why the 13 speaking orders in 25 months; the unprecedented number of debates in Parliament. The environmentalists are hedgehogs; the GDPwallahs are hedgehogs of another type. You need freedom from both and you have to weave your way through these multiple stakeholders. I had decided that my approach would be like Mohammad Ali - float like a butterfly and sting like a bee.

Q. In your tenure show-cause notices were issued to many industries, Lavasa project in Maharashtra, Jindal coal mining in Chhattisgarh, Adani Mundra port in Gujarat... inviting opposition from political class and industrialist - What was the phase like?

Q. Take us through some tough choices you had to make?

A. Do you need only that coal? Only that mine? Can't you have an alternative? Vedanta was a tough choice, Posco was a very tough call, the issue of genetically modified brinjal was difficult... Interestingly, I made some strange bedfellows in my ministry days - the Saamana editorial supported me on the Navi Mumbai airport project. The RSS was ecstatic at my decision on genetically modified brinjal. My own partymen Kapil Sibal, Prithviraj Chavan felt that I was stopping science. When Lavasa happened, good friends of mine who were staying in Lavasa called me to say 'it's such a beautiful place'. I told them, I am sure it's a beautiful place, but have the laws of the land been followed? People don't want to follow laws in this country and the more influential, powerful and rich you are - you forget the laws. Environmental clearance for Navi Mumbai airport was given in 2010; for Jaitapur and Posco five years ago?where are these projects? It's very easy to say that environmental clearances delayed projects.

Q. You are credited with giving the MoEF an identity, why were you shifted out?

A. Why I was shifted, only the Prime Minister can answer. But I was told by the PM that I was being elevated. Rural development was as much a surprise to me as was environment and forest. Was I disappointed? No. I had finished 25 months... It's a long tenure in politics. I went from a ministry that had a budget of Rs 3,000 crore to one that has a budget of over hundred thousand crores.

Q. Did you feel let down?

A. I would have felt let down if I had got a ministry that was politically inconsequential. I knew there were people who were unhappy with me, including many ministerial colleagues, many Congress chief ministers. Everyone thought I was playing politics -- that I was treating Congress governments with kid gloves, whereas I was actually demanding more from them. However it didn't take me more than three hours to get into controversy in rural development ministry because of the land acquisition act. 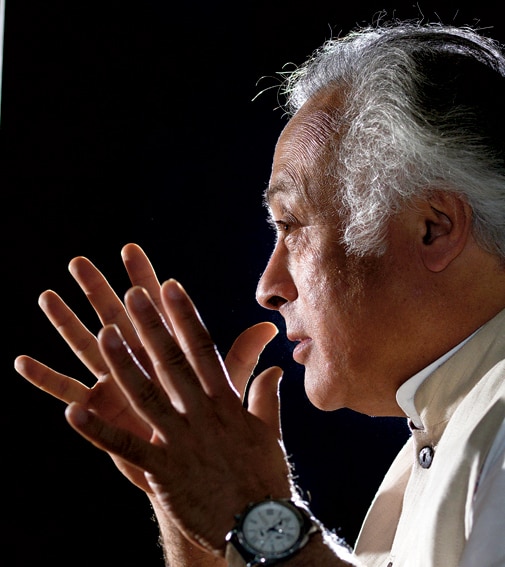 A. It was the last straw that did me in. It was a serious issue, since all the big corporates got involved. Ironically it was not my idea. It was the Chairman of Coal India who said we should have 'go' and 'no-go' areas. And when we did the exercise it turned out that in the nine major coal fields of India - 70 per cent was 'go' and 30 per cent was 'no-go'. The corporates are all my friends. The accusation against me in the 90s was that I was too corporate friendly. Now the accusation is that I am just not corporate friendly. Some of the corporates were certainly unhappy. Vedanta order was not an easy one. I have nothing against Mr. Anil Agarwal. Rather, I was the only one in Congress party supporting the privatisation of BALCO. Mr. Agarwal came to my house to discuss it a couple of times. But when it came to Vedanta, it had different issues. I explained to him the point of view of the ministry. He chose to challenge us in the high court, and subsequently in the supreme court, which upheld my decision. It was a job that had to be done.

Q. Did you face any pressures from Congress high command as alleged by Jayanti Natarajan?

A. Mr. Gandhi never called me nor did Mrs. Gandhi in the 25 months I was at the ministry....

Q. Do you think it's possible to keep a balance between economic growth and ecological security?

A. Yes, provided you are able to take decisions in a transparent and accountable manner. Why should we have dirty air and water for 8 per cent growth; there is no iron law of economics. Sometimes the decisions you take will favour growth, sometimes the decisions will favour the environment. The same environmentalists who hailed me for Vedanta, attacked me for Jaitapur. You cannot have a blanket formula, you have to assess every situation in a detached, transparent and professional manner, and then take people into confidence. A paradox in India is people are ahead of the government when it comes to environment. People want clean air, water, rivers - governments are in the grip of larger economic interests and agendas.

Q. Why has the MoEF been so controversial - from no clearances; to a slew of clearances?

A. The rapidity with which the clearances are being given, I hope due diligence is being done. I am told that the 'go' and 'no-go' area is now diluted to 90-10. I am concerned by the TSR Subramanian Committee because that is a recipe for ecological disaster. It is recommending full-scale dilution of environmental laws, regulations and rules, which will not be in national interest. I think lip service will be paid to the environment in the years to come. There will be a lot of rhetoric on climate change, solar energy, but when it will come to taking decisions, the Gross Domestic Product will triumph over the Green Domestic Product.

ENVIRONMENT ON THE BOOKSHELF 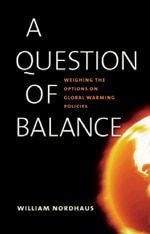 A question of balance
By William Nordhaus
Yale University Press

The book weighs the costs of emission cuts against the benefits of reducing the long-run damages from global warming. 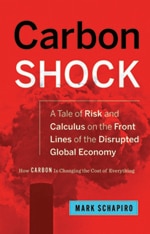 The author explores the key tool to date on climate change, the international carbon trade, and its fate. This book is an essential read for students of economics, climate change and environmental policy.