Chaitanya Kalbag
Barack Obama had barely walked out of Parliament's Central Hall when the debate began on whether his India visit was "transactional" or "strategic". It was neither. Obama, accompanied by an unusually large contingent of CEOs, many of them small and medium businessmen, was in search of jobs.

Yes, the $10 billion of purchasing deals announced during the US President's visit will theoretically create 54,000 jobs , which is less than one-third of the total private sector jobs added in the United States in October, and unemployment is stuck at 9.6 per cent. You could see the dollar signs shining in the eyes of the US delegation. The $10 billion was only the icing. The cake was the mammoth Indian market. 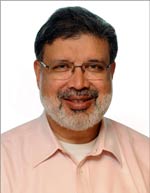 Chaitanya Kalbag
"In 20 years, 68 cities in India are expected to surpass one million inhabitants, and the aggregate annual income of households in urban areas is expected to grow from about $700 billion today to almost $4 trillion by 2030," US Commerce Secretary Gary Locke told a business summit in Mumbai on November 6.

Besides C-17 transport aircraft and giant gas turbines, there are other large deals hanging fire, chiefly transport and attack helicopters, the latest-generation fighter jets where the Eurofighter consortium is apparently favoured to beat out US, French and Russian competition, and most importantly, equipment for India's nuclear energy programme which is stymied by nuclear-liability legislation that US companies believe is untenable.

Outside those big-ticket deals, the US will also be looking to work alongside India on its "Evergreen Revolution". US corporations hope to make inroads on geneticallymodified crops, wind energy, water-management equipment, and other "green" technology. Then there is retail, transportation, and automobiles.

Despite much talk of "a relationship of equals", however, the numbers tell a very unequal tale. Two-way trade is not growing as fast as it should, although Locke said US exports to India so far this year have jumped 18 per cent. Locke also noted that Indian FDI in the United States totalled $4.4 billion in 2009.

What the joint statement by Obama and Prime Minister Manmohan Singh glossed over was that two-way trade slipped in 2009-10 to $36.9 billion from $39.7 billion a year earlier, and that India's trade with the United States comprised only 7.8 per cent of its total overseas trade.

In reverse, too, India ranks only 19th among America's trade partners, and China is No.1. Total US trade with China in January-August this year totalled $285 billion, and with India $32 billion. In the same period, Washington ran a trade deficit of $7 billion with India, compared with a deficit of $173.4 billion with China.

The lifting of dual-use technology export restrictions will lead to some business, but represents more a reprieve from punishment than a gesture towards a favoured partner. Inevitably, the momentum from Obama's trip will carry on into next year. An India-US Higher Education Summit is planned in 2011, with a growing queue of American universities waiting to venture into India's booming education market. Locke plans to lead a hightechnology trade mission to India in February in search of "mutually beneficial opportunities".

As more than one canny Indian business leader noticed, Obama was visiting immediately after US voters gave him a resounding C grade on his economic report card in the mid-term election. The average American businessman does not care about the war in Afghanistan, terrorism, or a permanent seat for India on the UN Security Council.

The US economy has not changed in its borrow-and-spend profligacy. Alongside the relentless impoverishment of the American middle class looms the longest post-recession jobless recovery in US history.

The White House is squirming in the Chinese vise of over a trillion dollars of US government debt and a mercilessly climbing trade deficit. Europe is not moving quickly enough towards recovery.

To add to Obama's discomfiture, Republican control of the House of Representatives means legislative gridlock in Washington and the very distinct possibility that he will be a one-term president.

"There still exists a caricature of India as a land of call centres and back offices that cost American jobs," Obama said. "But these old stereotypes, these old concerns ignore today's reality."

The reality is that India is raring to do business with America, all the while dragging along nontariff barriers, protectionism, legislative inaction, and poor infrastructure. India represents hope for a beleaguered presidency and a sclerotic economy.