'Institutes like NID, IDC, and FTII, need to expand capacity'

In just over a decade, the gaming and animation market in Korea has become a multibilliondollar global player, with hundreds of companies, and employing tens of thousands of high value-adding artists

Paresh Khara
India's animation industry ought to have attracted plenty of outsourcing contracts from overseas. The country has a large pool of English-speaking graphic artists; it has technical expertise, robust telecom infrastructure and low cost of operations. Above all, it has people ready to put in the considerable labour needed to create animation content, frame by frame. But India has barely scratched the surface of this opportunity. Of the $122 billion global animation and gaming market (2010), India's share is estimated to be just about $225 million.

The animation industry currently stands where the Indian information technology outsourcing industry did in the late 1990s. The opportunities for growth are enormous. 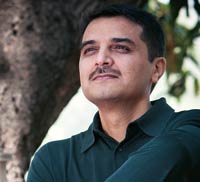 Paresh Khara
But fundamental systemic and structural problems are preventing the industry from achieving its full potential. The high cost of setting up animation studios, the long gestation period before companies can break even, the total absence of regulatory support, financial support or tax incentives, as well as of manpower appropriately trained in the art of digital storytelling, are among the factors that are bogging it down.

Compare our situation with that of our Asian neighbours: Korea, Singapore, China, Thailand, Japan or Malaysia. Each of these countries has bespoke digital media industry strategies and strong regulatory support for the industry.

Take Korea. The Korean government's digital media thrust kicked off in the late 1990s with targeted investments in digital media training and faculty. This was combined with seed funding for qualified start-ups, financial support for new animated productions, and infrastructural support.

In just over a decade, the gaming and animation market in Korea has become a multibillion-dollar global player, with hundreds of companies, employing tens of thousands of high value-adding artists. While the entrepreneurial chutzpah of the Korean start-ups was at the core of this achievement, government and industry-led initiatives also contributed greatly to it.

Singapore presents another compelling role model. In 2007, Singapore's Media Development Authority (MDA) laid out its vision for the digital media industry. Large investments in world-class faculty and graduate courses in animation and gaming, tax and infrastructure sops for global players who set up base locally, seed funding for start-ups which produced indigenous content: the MDA provided it all. This transformed the landscape. Today, Singapore is home to the world's top-notch animation and gaming companies: Lucas Film, Electronic Arts, Sony. It has a huge roster of animation and gaming start-ups, and has created thousands of new jobs in this sector. All of this has been done in a short span of just five years.

Some key aspects the strategy should cover:

Talent pool development: The vast number of Indian engineering graduates provided the talent pipeline for the IT outsourcing industry's growth. A similar pipeline for animation needs to be developed across the thousands of fine art colleges and universities in India.

The foremost need is to embed digital media and animation design courses in the curriculum of fine arts colleges and universities across India. This will help create a vast pool of trained digital arts graduates who can be directly absorbed by industry.

To move up the creative value chain, animation courses at high-end institutes such as the National Institute of Design, the Industrial Design Centre, the Film and Television Institute of India, the Satyajit Ray Film and Television Institute and others need to expand capacity. Academiaindustry partnerships are needed to set up centres of excellence (COE) in metros to hone the high-end specialist skills of new and existing animation artists.

An investor-friendly regulatory, tax, and incubation framework: It should be made mandatory for the relevant television networks to broadcast a minimum number of hours of locally created animation content, just as China and Thailand have done. This will create a baseline need for new content from animation studios and in turn support a vast number of animators and digital artists.

Tax-related measures to encourage the industry could include co-production tax treaties with key European countries and the United States, tax exemptions for 'Made in India' animated content for the next five to seven years, and tax exemption for venture capital or private equity investments in the digital media sector.

Enabling a seed fund to coinvest in animated productions - as has been done in many other Asian countries - will provide crucial support for start-ups which want to develop local animation content. Special incubation centres should be set up in the 10 largest cities to provide infrastructure support in terms of real estate, software and hardware facilities to the animation industry at subsidised rates.

The Indian animation industry has the potential to grow at a pace several times its current rate, if the government and industry implement the outlined strategies. Let us not lose this opportunity.

The author is Managing Partner, Channel Works, and an industry expert