When it comes to broadband, particularly the wireless kind, Prakash Bajpai is a man possessed.  After building a low-cost Wi-Fi business, the man who heads Tikona Digital Networks is gearing up to take on the big boys in the mobile broadband arena.

Anand Adhikari
When it comes to broadband, particularly the wireless kind, Prakash Bajpai is a man possessed. To illustrate its power, he proudly displays the bill run up by his sons Abhiram, 26, and Prashant, 21. In just a month, they have consumed 120 gigabytes of data. "That is equivalent to watching 120 movies a month," says Bajpai, Founder, MD & CEO of Tikona Digital Networks. He believes broadband has the potential to become a much bigger industry than voice, thanks to the advent of 4G, or wireless broadband, for which he holds licences.

"The voice business will be dead meat in the next two years," declares Bajpai. The obsession with broadband has driven Bajpai's every action since he quit as President & CEO of Reliance Communication to turn entrepreneur. Believing that voice telephony had reached saturation point with rockbottom tariffs and commoditised services, he launched Tikona in 2008 along with two of his former colleagues, Tarun Kumar and Heramb Ranade. A year later, the trio received $110 million in funding from Goldman Sachs, Oak Investments and Everstone. At the time, there was no 4G spectrum in sight and broadband penetration was at just one per cent compared to teledensity of nearly 80 per cent. While everyone was scrambling for voice spectrum. Bajpai placed his money on wireless broadband, albeit of a different kind.

Tikona's entire business model was built on 'free' spectrum, available between the 2.4 GHZ ( gigahertz) and 5.8 GHZ frequencies, which does not need a government licence. Many Internet service providers (ISPS) use unlicensed spectrum to offer limited Wi-Fi services to households and businesses.

Customers get speeds of up to 2 mbps (megabytes per second), equivalent to the speed of newly launched 3G services. Unlike other ISPS, however, Bajpai planned to build a nationwide broadband business using this spectrum.

Today, he has built a business that spans 39 cities and boasts 250,000 customers, including 12,000 SMES and 1,000 large corporations. In January 2011, Tikona, headquartered in Bhandup, a suburb of Mumbai, bought the loss-making HCL Infinet, a networking services company. The acquisition gave it large customers such as HDFC, Mahindra, Cipla and IndiGo.

ALSO READ: Bharti Airtel's Qualcomm buy a win-win for both

About six months earlier, Tikona won 4G licences and spectrum in five states. "It is a logical extension," says Bajpai. But perhaps he did not have much of a choice. "You cannot build a long-term sustainable business model by using unlicensed spectrum. There are scaling up challenges," says the CEO of an ISP, speaking on condition of anonymity.

Tikona's broadband services are restricted to the vicinity of homes or offices and not available on the move. The 4G spectrum will plug this gap, giving it a huge mobile broadband market. Bajpai, an engineering graduate from Delhi University, began his career at IBM as an electronics engineer before moving on to Philips. His first assignment as CEO came in 1999, when he joined Hughes Telecom. 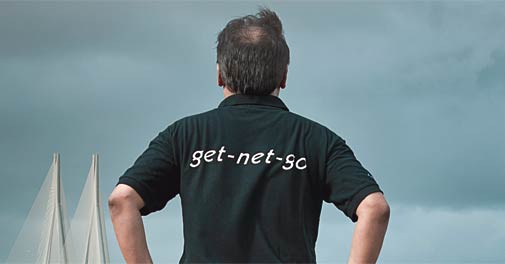 The voice business will be dead meat in the next two years. Broadband is today at the stage where voice telephony was a decade ago: Prakash Bajpai
While there, he drove the company's initial public offering (IPO), the country's first telecom IPO. In 2002, he was roped in by Mukesh Ambani, Chairman of Reliance Industries Ltd (RIL) to spearhead its telecom venture, Reliance Communications. When the RIL empire was split between the Ambani siblings, Bajpai ended up in Anil Ambani's ADAG Group and remained with it until 2008. During that six-year stint, he launched the company's broadband, enterprise, data centre and direct-to-home (DTH) businesses. Now, he will take on Mukesh Ambani's Reliance Infotel in the 4G space.

"The price we bid for 4G was one sixth of (what others bid for) 3G," says Bajpai. The 3G auction, which happened three days before the 4G auction, ended up stretching the balance sheets of the already-battered telecom operators. As a consequence, many of them have no 4G spectrum. Only two private operators, Bharti and Aircel, turned up for the 4G auction, where nearly a dozen companies participated. One of them, Infotel, which bagged a pan-India licence, was acquired by RIL.

Analysts say Bajpai has been lucky to get 4G spectrum dirt cheap compared to rivals such as Reliance Infotel, which paid $2.7 billion for its pan-India licence. Bajpai paid less than 10 per cent of that (Rs 1,058 crore) to get licences in circles that account for 30 per cent of the population. "Today, 26 per cent of telecom revenues are generated from the five states where Bajpai won bids," says an analyst.

Tikona is closely watching every move by Reliance Infotel and Sunil Mittal's Bharti Airtel. In May, Airtel, the first operator to launch 4G services in Kolkata and Bangalore, acquired a 49 per cent stake in Qualcomm's broadband wireless venture. This gives it spectrum in four more circles. Reliance Infotel, meanwhile, is exploring a tie-up with technology player HFCL.

Bajpai says Tikona will launch 4G services next year. He wants RIL and Bharti to develop the ecosystem of vendors, test the new technology and bring down handset prices. Today, Tikona scores over the others thanks to its experience dealing with broadband customers.

Tikona's average revenue per user is Rs 600 against less than Rs 300 for voice operators. "We are on the way to profitability in the third year itself," says Bajpai. This will be one of the fastest break-evens in the telecom sector (broadband), where companies typically take 12-14 years to break even. However, the 4G rollout will mean an increase in capital expenditure.

But Bajpai says he will not shy away from taking Tikona public to raise resources. There are other options, too, such as roping in a strategic investor or private equity. It helps that the company's debt levels are low at $100 million, against equity of $300 million.

Bajpai still remembers the initial meetings with venture capitalists when he was looking to launch Tikona. All of them wanted to know if the technology had been used before, to which his answer was in the negative.

The economic environment was also difficult at the time - the US had just been hit by the Lehman Brothers crisis. But Bajpai and his team stayed focused and managed to raise some funding.

But what if 4G goes the 3G way? 3G has been a non-starter because of high tariffs (a consequence of the high spectrum cost), low penetration of high-end handsets and poor download speeds. Experts believe 4G will have no such problems. For starters, they point out, the data speed on a 3G network is up to 3 mbps, whereas 4G offers speeds up to 10 mbps. So, while it takes an hour to download a two-and-a-half-hour movie using 3G, it will take just 10-15 minutes on 4G. Moreover, 4G prices are likely to be lower because of the far lower spectrum charges.

"The big challenge is availability of high-end handsets," says Mohammad Chowdhury, telecom leader at PWC. A bigger challenge will be 4G'S inability to offer voice services, unlike 3G. The decade-old 3G technology is well-tested whereas 4G rollouts have just begun even in the US and Europe. "That's an advantage as we are on the same cutting edge of technology," says Bajpai.

Moreover, broadband is very different from voice telephony. It requires continuous IT support throughout the day to resolve any issues, something Tikona has experience in. "Pricing, together with customer experience, will play a decisive role for the success of any operator in 4G," says PWC'S Chowdhury.

Tikona appears to have mitigated many of its business risks by using unlicensed spectrum profitably. The big challenge before Bajpai now will be to scale up through 4G without losing management control of the company. Three foreign investors already own 70 per cent of the company. So, will he sell? "At the right price anything is possible," says Bajpai with a straight face. "The focus right now is to exploit the opportunity."