Prof Jagdish Bhagwati
Somnath Dasgupta/Puja Mehra
Prof Jagdish Bhagwati, one of the most outspoken proponents of free trade, has been praised by Prime Minister Manmohan Singh as the inspiration for the reforms launched in 1991 , when Singh was Finance Minister. Bhagwati, a professor of economics at Columbia University, was recently in Delhi at the invitation of the Federation of Indian Chambers of Commerce & Industry. BT's Puja Mehra and Somnath Dasgupta caught up with him just after he had addressed industry leaders. Bhagwati held forth on globalisation, his pet subject, what he thinks of the pace of India's reforms now, the danger of keeping one foot in the past and more.His candid comments spare no one. Bureaucrats and economists of the Jawaharlal Nehru University, or JNU, get the most flak. Edited excerpts:

On globalisation: Globalisation is an aggregate sort of concept...It is the integration of national economies into the international economy. This can happen on several dimensions, which must be distinguished from one another, otherwise you get a chaotic analysis which means nothing. Like, many people ask in polls, do you believe in globalisation? And the guy just says yes or no. There are five dimensions. They are international trade, short-term capital flows - which are problematic as you know - equity investments, or what we call multinationals, then international migration. I just call it international flows of humanity, because it can include refugees, legal and illegal migrants.

On Prime Minister Manmohan Singh failing to deliver the kind of reforms expected of him: I blame us economists for that. We in the 1960s were recommending to the system extensive intervention. What we call dirigiste policies. We never realised how badly it would turn out. Then we changed our minds, you see. Not everybody - right now Prof (Joseph) Stiglitz has invited the JNU crowd and I hope they keep some of them there forever, because America can afford damage, not India. We changed our minds about how the whole policy framework was counterproductive, (but) the politicians now are faced with institutions, lobbies, which were set up around the old ideas. And now we go and say: 'Change the system'. In a democratic system, you are going to have to negotiate the minefields. It is enough for me as a professor to say, 'Look, this turned out to be a mistake', but how does he deal with the lobbies? Because even people, like the Confederation of Indian Industry, were all against removing protection. For years, people had talked about removing the licensing system. Nobody had succeeded. Finally, Manmohan Singh did carry it through. Then the normal reaction was: 'Oh, that's the easy part. He hasn't done anything.' But before that nobody thought it was possible.

On what his advice to Singh would be should it be sought: There are some things which need to be done more of... like labour market reform. But that's a particularly difficult one, right... If you say, look, we are not going to have sick units and automatic support of labour, then it gets very difficult. Because the unions will protest and so on. I think he has to move ahead on privatisation. I am not saying move instantaneously… but make moves towards it. 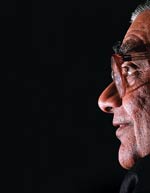 Right now Prof Stiglitz has invited the JNU crowd and I hope they keep some of them there forever, because America can afford damage, not India.
Also, bring down the trade barriers that are still significant compared to world standards. So we have to open up the economy still more. I think the bureaucratic interference with foreign investment - I mean, we still have one foot in the old model in terms of our attitudes. These are mutual gain transactions in most cases. So the other guy is going to make a profit. But as long as you also make a profit, that is what you have got to look for.

I think, on all these dimensions, the Prime Minister will be agreeable, but he has got to push for leadership. And then, also, what I called in my Lok Sabha lecture, the Stage Two reforms. Once you get more funds, you are spending them on education, health, etc... Those things are social engineering questions (whether health should be in the private or public sector). They are more complicated than trade barriers. So that is where the Prime Minister has got to really set up good task forces, like he has brought in (Nandan) Nilekani for the ID thing. So he's got to bring in more technology, more scientists... And more economists who are down on the ground, not just people who are famous and ageing superstars. Because the young people are into all these things, you see, and that's what we need now. Even Prof Kaushik Basu (chief economic adviser to the finance minister) - he is very clever, but he is not a macroeconomist. And finance, (if it were to be offered to me) I wouldn't dare to touch. I would say, 'No, thank you'. Prof Basu is clever and so he has learnt something, but that's not same as having somebody who is really proper for the job. He will be better off in some other assignment.

On labour reforms in the absence of social security: Yes, that does make it difficult to fire people. Because in India, even getting one job in a lifetime is difficult. To try and get two jobs is hard. Unless the system is expanding rapidly, it is hard to do it. You have to play it by ear and you can't have blanket solutions. I would say, now, because the system is expanding rapidly, one should be able to at least try and take a bite at the labour market reforms. Social security will have to be very limited right now… it depends on whether you can finance it. The Chinese have grown much faster, and they are beginning to put in social security now. I think we have got to take a stab at that and gradually build up on both these things. Without labour reforms you can't attract investment - if you can't fire people after hiring them, you will be stuck with a huge liability.

People are very tightly competing with one another because there are a whole lot of similarities still. I mean, they read the same textbooks, multinationals invest in all sorts of places and take the same technology, so some elements of differences have been reduced, making life more competitive. In that situation, you may have comparative advantage one day but tomorrow it is gone, to someone who was just behind you, it could be anywhere.

We are in international competition, we have to be able to work out a system under which labour laws can be more flexible. I think there is no alternative to just sitting down with the unions and working it out. Ultimately, it is a democratic system - you can't just impose your will.

On the pace of progress: In a democratic country, you are going to have a slower pace of reforms, because these guys have to negotiate the politics of it. So my view of every government is benign, in the sense that, as long as they are moving in the right direction, I am not going to double guess the speed at which they should go, because that is a luxury that I have sitting in my armchair. It's going to be slower than what one could have in a country like China, where they just send you packing to Outer Mongolia or whatever. They are capable of pretty rough stuff. We can't do that and we shouldn't do that.

On the Planning Commission, where he has served: That institution to me is irrelevant. What matters is what set of policies you need in the country to move ahead. And then for the politicians to get heavily involved in working out the trajectory by which they can do it. I think they are two complementary processes.