Reddit a powerful tool as well as a destroyer of reputation

Its popular 'Ask Me Anything' interview format has seen biggies like Barack Obama and Bill Gates subject themselves to scrutiny from the Internet populace.

Its popular 'Ask Me Anything' interview format has seen biggies like Barack Obama and Bill Gates subject themselves to scrutiny from the Internet populace. (Photo: Raj Verma)
Tushar Kanwar

It is the biggest social phenomenon. Just last year, Reddit had 234 million unique users logging in every month, racking up upwards of 80 billion page views, and its popular 'Ask Me Anything' (AMA) interview format has seen biggies like Barack Obama, Elon Musk and Bill Gates subject themselves to scrutiny from the Internet populace.

Reddit remains a bit of a mystery for most, including most corporates looking to tap into what makes stuff go 'viral' on this network. Perhaps the best way to describe Reddit is by telling you what it is not. Unlike Facebook and Twitter, which focus more on who you are and what you have to say about the stuff you share, Reddit is all about the content. Any Reddit user (a Redditor) can submit text, image, video and web links, and other users from the community either 'upvote' or 'downvote' the content. This ensures that good content buoys to the top of the page (and the really popular content goes to the coveted front page). What you get is a potpourri of the web's most interesting, weird and controversial content.

Reddit is organised into several tens of thousands of categories or 'subreddits', each of which is a community in itself, comprising folks who share a common interest. Take a walk down a subreddit lane and you will be amazed at how different one subreddit is from another - in terms of tone and quality of content. You can subscribe to as many subreddits as you like, and creating a new one takes only minutes. You can befriend other Redditors; users have publicly visible profiles on which are listed all their comments and submitted posts. Best of all, Reddit allows for truly anonymous conversations, and no real names or even e-mail addresses are required!

Of course, while this undeniably leads to vicious diatribes and ad hominem attacks, the Reddit moderator system - people who maintain each subreddit - and the self-policing voting mechanism ensure that meaningless vitriol gets downvoted into obscurity, and candid opinions and quality conversations thrive. Think about it, when was the last time you saw quality conversation on real-name networks such as Facebook? Redditors I have spoken to profess to being closest to their real self on Reddit, when expressing opinions on anything even remotely controversial.

Redditors are known to be fiercely protective of their subreddits and notoriously resistant to self-promotion. They can smell marketers from miles away, and if you invade their conversations, they will brazenly let you know that they hate you. Try using vote-buying services or paid shills to increase your visibility, and they will downvote you, humiliate you and try to get you banned. They may also attack your brands on other platforms such as Amazon and Yelp.

Yet, marketers cannot ignore the siren song of Reddit. So, what is an honest marketer to do? Rule number one is to be a Redditor first and a marketer later. Promote less; listen more. Interact with the community by encouraging discussions around complaints about your current and future products and service quality. If you run your own brand's subreddit, encourage user submissions and link the top-voted results in your other marketing collateral. You could also use the subreddit for AMA, and funnel the questions and feedback into product development and customer channels for appropriate action. Many marketers, having burnt their fingers on Reddit, dismiss the network as the hot-headed brat of the social media world. However, if your target is trendsetters and you are not afraid of criticism, this is the place to be. 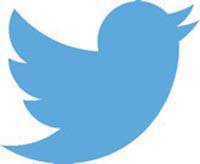 Hackers on the Internet seem to have shifted their attention to Twitter these days. Recently, a bunch of Twitter accounts, including two with God in their handles, were taken over by hackers. Followers of @God and @TheTweetOfGod were bombarded with NSFW (Not Safe for Work) tweets. Alhough the handles were recovered after a while and the objectionable tweets deleted, some reports say the hacked accounts are still facing technical issues. It is believed that a bug in password change reminder of accounts enabled hackers to get hold of @God, @TheTweetOfGod and other handles. So when users tried to change their password, their full e-mail address linked to the account was also visible, using which hackers got into these accounts. While @God has over 183,000 followers on Twitter, @TheTweetOfGod has 2.29 million followers.