The Supreme Court recently asked SEBI to sell off Sahara group properties worth an estimated Rs 40,000 crore in order to recover dues that it owes investors.

It is time to sell off properties and recover dues. The Supreme Court recently asked SEBI to sell off Sahara group properties worth an estimated Rs 40,000 crore in order to recover dues that it owes investors. Meanwhile, SBI Caps has been trying in vain to auction off Kingfisher House in Mumbai. And the service tax department is trying to hawk Mallya's private Airbus A319 to recover its own dues... A twitter spat broke out between Sachin Bansal, co-founder of Flipkart and Kunal Bahl, co-founder of Snapdeal, over the fate of their respective companies. Bansal tweeted that Alibaba's reported decision to start operations directly in India was a poor reflection on its investments - alluding to Paytm and Snapdeal. Bahl snapped back that Morgan Stanley "flushed down the drain"$5 billion of Flipkart's valuation, referring to the markdown the investor had taken in its book.

Rs 1,50,000 crore is what Mukesh Ambani says Reliance will end up investing in Reliance Jio

THE HIJACKER WHO WANTED TO MEET HIS WIFE Seif Eddin Mustafa commandeered an EgyptAir flight and forced it to fly to Cyprus because he apparently wanted to talk to his former wife who had lived in that country. 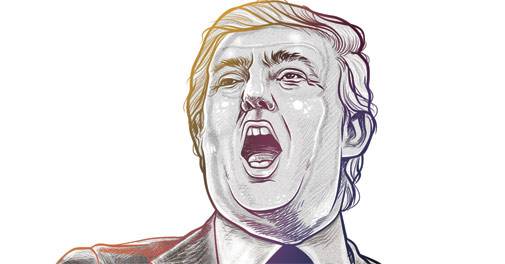 Donald Trump continued to put his foot into his mouth on subject after subject. He spoke about "some form of punishment for women who undergo abortion" after his statements on the wife of his rival Ted Cruz and his comments on immigrants.