These firms provide money to social entrepreneurs who, with their projects, meet the critical needs of people.

'I will never forget that when I started off, it was Aavishkar which came forward to support me,' says Rajeev Kher, Managing Director, Saraplast. (Photo: Shekhar Ghosh)
Shamni Pande

Making and selling portable toilets? Investors wrinkled their noses when Rajeev Kher, Managing Director of Pune-based Saraplast Pvt Ltd, first sought funds from them in 1999. Sixteen years later, the toilets have been such a success that he is spoilt for choice as he looks for a third round of funding. "My company has been profitable for a long time," he says. "But I will never forget that when I started off, it was Aavishkar which came forward to support me."

And what exactly is Aavishkar? Set up in 2001, it is the largest of India's impact investment funds - firms which provide money for projects seeking to meet the critical needs of people. These are not philanthropic institutions, but expect profitable exits with healthy returns just the way private equity (PE) and venture capital (VC) funds do. "Ours is a very misunderstood space and we are trying to address that," says Amit Bhatia, CEO of the recently formed regulatory body of such investors, the Impact Investor Council (IIC). "Many people still think social contribution can only be through charity. We want to break the myth. The IIC seeks to build an ecosystem where enterprises can do good, while earning profits too."

No doubt there will be hurdles. Vineet Rai, CEO and Managing Director of Aavishkaar, recounts an effort to raise funds in Hong Kong in 2010. "Before I started speaking I was told that most fund managers from India made similar pitches, and unless I had a differentiated theme, I would not get any investment," he says. "I completed my presentation. There was absolute silence. I was finally told my theme was so different that they could not invest in it either."

The short-sightedness of the Hong Kong managers is apparent from Aavishkar's record - 13 profitable exits out of 19 from the 48 companies it backed in the last 12 years. (Of the remaining six, Rai readily admits, three were complete disasters, while three others lost money.) "Overall, we got about Rs 115 crore return from an investment of Rs 40 crore, which means a gross multiple of 2.9 times the invested capital," he says. "All sales were to private equity investors and the rate of return varied from 25 to 30 per cent."

Lok Capital, started in 2002, is a similar success story. It raised $22 million for its fund, Lok Fund I, which was invested in 10 companies. "We have exited seven successfully, one had to be written off in the wake of the crisis in microfinance in Andhra Pradesh and we are negotiating for one exit this year," says Vishal Mehta, co-founder and Managing Director, Lok Capital. "We had an internal rate of return of 25 to 30 per cent and at the fund level we had a rupee return of 16 per cent." Similarly, Caspian Impact Investment Advisor has so far exited seven of the investments made by its Bellwether Microfinance Fund set up in 2005. "Our internal rate of return on all our exits ranged between 15 and 24 per cent," says Mona Kachhwaha, CFO, Caspian.

According to The India Impact Investment Story, a 2014 report by Intellecap, which advises social enterprises, there are currently 100-odd such companies in India, which have invested a total of $1.6 billion in around 220 social enterprise firms. Of those receiving investment, 75 per cent were in microfinance, with the rest in agriculture, education, health and sanitation. First-round funding was $487 million, and the rest follow-on. "There are at least 30 documented profitable exits among impact investors," says Bhatia of IIC. "The industry is growing at 27 per cent a year and by 2020, is expected to be worth $6 billion funding around 1,000 social enterprises."

There are many models of impact investment. Some, like Bangladesh's Grameen Bank - founded by Muhammad Yunus, the father of microfinance - do not even expect profits. They only want their principal back. Another model is Acumen's, which gathers its corpus from philanthropic contributions. Whatever profit it makes is used on enterprise initiatives and to sustain the fund's activities. But the majority of impact investors raise funds commercially and believe in profit. Around 70 per cent of their investment is follow-on funding, which indicates their satisfaction with the companies they chose to back.

No doubt regular PE firms and VC funds have also supported social enterprises provided they made business sense - 57 per cent of the latter's funding, according to the Intellecap report, comes from mainstream sources. The report adds that impact investment accounts for another 27 per cent, while the rest comes from development finance institutions (DFIs) such as the International Finance Corporation (IFC), the US-based Centres for Disease Control and Prevention (CDC), the German development banks KfW and DEG, and the French Proparco, from foundations as well as wealthy individuals and their families. 'Many people still think social contribution can only be through charity. We want to break the myth,' says AMIT BHATIA, CEO, Impact Investor Council.

Are the returns of impact investment companies comparable to those of regular PEs and VCs? "In our business, we target an internal rate of return of 50 per cent and sometimes settle for around 30 to 33 per cent," says Avinash Bajaj, co-founder and Managing Director of PE firm Matrix Partners India. His company has invested in a few social enterprises such as the microfinance institution (MFI) Basix and the clean water solutions provider Waterlife. "Returns from social enterprises cannot match those from mainstream investments. But impact investment now has a better strike rate than before," he adds. Returns may also take longer. "It is for this reason that investment in this space is called 'patient' capital," says Bhatia of IIC.

Among the companies that disappointed impact investors, many were in microfinance. This is because the entire sector received a jolt with the passing of a law by the Andhra Pradesh government in 2010, which imposed strict curbs on MFI functioning and which many of their borrowers interpreted as a licence to default. SKS Microfinance, the poster boy of this sector and the first to list on the bourses, itself went through many tribulations. But MFIs, including SKS, have since recovered and are likely to perform better in the future.

In any case, with impact investors expanding their ambit of activity, the dominance of microfinance may even reduce. Unitus Seed Fund, started in 2013, for instance, funds learning centres called Hippocampus, which cater to all sections in regions denied good primary health care and education, not just the poor. "Our third fund, Lok Capital III will have agriculture as an important component," says Mehta of Lok Capital. "There are deals emerging in agricultural supply and food processing." Aavishkar, already a pioneer in the sanitation segment of impact investment, is even looking beyond India. Rai hopes to raise $400 million in 2015. Of this, the first will be a $90-million fund focused on Southeast Asia and South Asia. The balance would be used for enterprises in India, particularly those in their early stages of growth.

Where do impact investors raise their funds from? Most of it comes from bigger global funds. Unitus's Hippocampus, for instance, raised $2.2 billion of Series B funding in mid-2014 from the Asian Development Bank (ADB) and Khosla Impact (a fund promoted by Vinod Khosla and others). But local investment is also picking up. "We're just closing our rupee fund which seeks to raise Rs 40 crore to Rs 50 crore," says Srikrishna Ramamoorthy, Partner, Unitus Seed Fund. "This is a first-of-its-kind fund where we are raising only rupee capital." Leading investors include socially conscious individuals such as Mohandas Pai of Manipal Global Education, Anil Rai Gupta of Havells, former Microsoft India chief Ravi Venkatesan, Marico head Harsh Mariwala and investment banker Hemendra Kothari.

Lok Capital III is likely to close its $80 million fund soon. "There are domestic investors willing to pump in money," says Mehta. "We expect commitments from financial institutions. We are looking at pension savings, SME finance and other areas. This is the best time for impact investors in India." 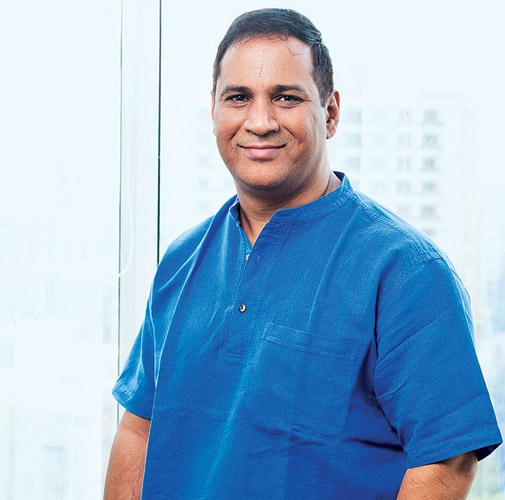 'We got Rs 115 crore return from an investment of Rs 40 crore, which means a gross multiple of 2.9 times the invested capital,' says VINEET RAI, CEO and MD, Aavishkaar. (Photo: Rachit Goswami)

Initial funding from impact investment firms has enabled many a social enterprise to take wing. Among the companies Aavishkar has funded, for example, is Milk Mantra in 2009, a Bhubaneshwar-based dairying enterprise, which delivers milk sourced from 35,000 dairy farmers. Milk Mantra has since achieved the financial confidence to make an acquisition - it bought Westernland Dairy in Chhattisgarh in November last year for Rs 10 crore. "Impact investors are not that different from other VCs, in that both are looking for profit," says Srikumar Mishra, CEO and founder, Milk Mantra. "But the former are willing to go into areas not easily understood by the latter." His current round of investment comes from the mainstream fund, Fidelity.

"We're a new fund, so no exits yet," says Ramamoorthy of Unitus. "But a number of companies have got additional funding after our investment which is a good indicator of progress towards an exit." He cites skill development company iSTAR, and handicraft retailers Caravan Craft and GoCoop, all of which are raising their Series A round of funding. Another success has been Lok Capital's investment in Asirvad Microfinance, where gold loan financier Manappuram Finance acquired a 70 per cent stake in end-2014. 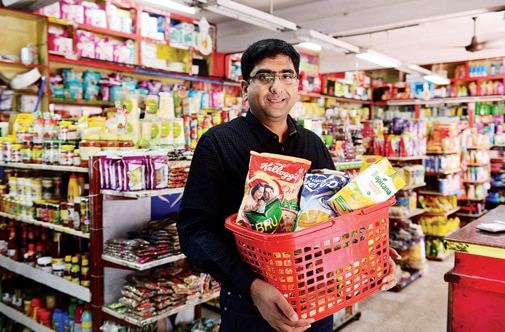 'A number of companies have got additional funding after our investment, which is a good indicator of progress towards an exit,' says SRIKRISHNA RAMAMOORTHY, Partner, Unitus Seed Fund. (Photo: Nilotpal Baruah)

With the segment still evolving, some areas remain to be worked out. The boundaries of what constitutes impact investing have to be defined, as well as the yardsticks to judge their social impact. "We hope increased awareness about the industry and higher engagement with the government will help to define 'impact investment' and 'social enterprises' in the right lexicon," says IIC's Bhatia. He has made several representations to Jayant Sinha, Minister of State for Finance, who, before he entered politics, headed impact investment firm, Omidyar Network. Better distribution is also needed - so far 60 per cent of the total funding has gone to just 15 social enterprises.

Most importantly, more sources of funding are needed. Bhatia of IIC says the SME exchanges of both the Bombay Stock Exchange and National Stock Exchange could be one such - impact investment firms could list on them, just as mainstream ventures do. He also points to dedicated exchanges for social enterprises in other parts of the world, such as the Social Venture Connexion in Canada, the Social Stock Exchange in the UK or the recently launched Asia Impact Investment Exchange in Mauritius, "There are talks for something similar in India, but it will take a while," he adds.

Extending priority lending sector status to impact investment companies would help too. "We should also have access to external commercial borrowings," adds Bhatia. "Corporate social responsibility guidelines should be modified to include impact investment." Much remains to be done, but, as Lok Capital's Mehta concludes: "It only shows the potential in this space." 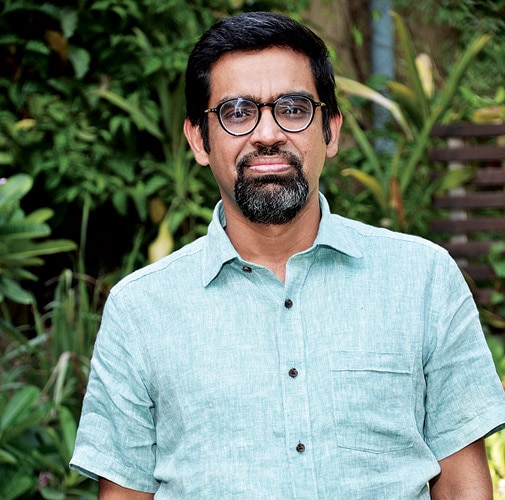 'We are looking at pension, SME finance and other areas. This is the best time for impact investors in India,' says VISHAL MEHTA, Co-founder and MD, Lok Capital