Several leading NBFCs, all boasting impeccable pedigrees—CitiFinancial, SBI Cards, BoB Cards, Cholamandalam DBS Finance and GE Money—have extended unsecured loans to high-risk, non-salaried borrowers. They are now facing massive delinquencies. Can the problem spiral out of control like the subprime crisis in the US? A report by Anand Adhikari.

Earlier this year, when 56-year-old Kevin M. Blakely, CEO of RMA, a USbased risk management association, testified on the subprime crisis before a finance sub-committee of the US Senate, he said the gloomy environment offered an excellent opportunity to learn from mistakes and improve risk management processes. “As we muddle through the misery, we are all smarting from it and (emerging) smarter for it,” he remarked.

The jury is still out on that, but at least several affected lenders have done the obvious thing. Result: several high-profile CEOs—among them Citigroup’s Charles Prince, Merrill Lynch’s Stanley O’Neal and AIG’s Martin Sullivan—have lost their jobs. It was worse for the institutions they headed and several others, which had to write off billions of dollars in losses.

Unlike in the US, the Indian banking sector, which is neck-deep in consumer lending, escaped unhurt mainly due to its diversified portfolio of corporate, SME and retail assets. But non-banking finance companies (NBFCs) have not been so lucky, and their troubles, in some ways, resemble the subprime crisis in the US.

Among the big boys, only Fullerton India Credit Company, promoted by Singapore’s Temasek Holdings, seems to have escaped unscathed, but then, it’s a recent entrant into this game, and it may be too early to pass judgment. As a result, perhaps, there’s a huge churn in corner rooms. Neeraj Swaroop, Regional Chief Executive, India & South Asia, Standard Chartered Bank
Rating agency CRISIL paints an alarming picture. It expects non-performing assets (NPAs) of NBFCs to rise 50 per cent from 2.7 per cent in March 2008 to 4 per cent in March 2009. The disaggregated projections for March 2009 by another rating agency show NPAs in credit cards to be the highest, at 16 per cent, followed by personal loans, at 11 per cent, and two-wheelers, at 10.5 per cent (see The Delinquent Segments). “The delinquencies may rise if there are further sharp increases in interest rates,” warns Tarun Bhatia, Head (Financial Sector Ratings), CRISIL.Asset-liability mismatches may also pose a danger as many NBFCs over-leveraged themselves by raising short-term money (with tenures of 1-2 years) but funded long-term assets (with loan tenures of 3-5 years). The bigger worry, though, is the indiscriminate lending by NBFCs to borrowers with risky profiles. The segments under the scrutiny are Personal Loans, Credit Cards, Used Car Loans and Small Consumer Durables Loans.

Says Bhatia: “The system as a whole can absorb this shock, but individual lenders, who are heavy on unsecured loans and on high-risk customers, will suffer significant losses.” NBFCs that have large portfolios of unsecured, small-ticket personal loans of Rs 10,000-20,000 are particularly vulnerable. 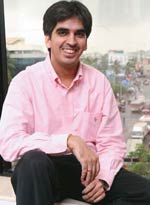 Tarun Bhatia,Head (Financial Sector Ratings), CRISIL
Lenders are also realising this. Says Neeraj Swaroop, Regional Chief Executive, India & South Asia, Standard Chartered Bank, which doled out huge numbers of smallticket loans over the last three years through Prime Financial: “Given the current environment, we are not scaling up the business at this point.”

Cholamandalam DBS Finance, too, has decided to partially exit the smallticket segment even as it continues to pursue a mid-ticket strategy through aggressive re-pricing and increase in the ticket sizes. 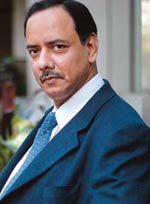 Rajesh Mokashi,Executive Director, CARE
But at least one NBFC was prescient enough to pull its chestnuts out of the fire before they got burnt. “We took an early call to move away from the unsecured personal loan segment early last year when everybody else was joining the party,” says Gagan Banga, CEO, Indiabulls Financial Services.

Experts attribute the sudden bout of delinquencies to a combination of the economic slowdown, interest rates hikes and rising inflation, which have impacted household budgets. “There were also traces of overexuberance by NBFCs, which led to a decline in credit standards,” say experts, though no NBFC is ready to admit this.
The impact is much sharper in companies that are predominantly into single products like credit cards or unsecured loans like personal or used car loans as there are no other assets classes to cushion their losses. Borrowing a line, perhaps unwittingly from Blakely, Standard Chartered Bank’s Swaroop says: “It is a period of learning for the industry.” 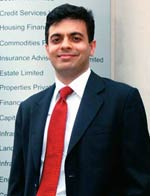 Gagan Banga,CEO, Indiabulls Financial Services
But there are no quick-fix solutions available. As Blakely said in his testimony: “Business models are like nuclear energy. Handled properly, they can be very useful and safe. Handled inappropriately, they can be a disaster.”

Many NBFCs and banks are talking of increasing the use of technology in collections and recoveries, training employees and collection agents, staying away from DSAs and introducing more stringent loan processing systems, while others are thinking of adding new product lines to broadbase their portfolios to absorb future shocks. 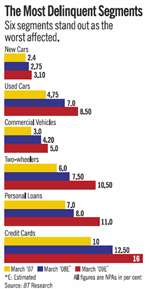 Click here to Enlarge
Fullerton India, which has so far focussed only on personal loans, is now plugging in more products in its 850-odd branches. “We have just launched two-wheeler loans and distribution of third-party products,” says G.S. Sundararajan, CEO & MD of Fullerton India. Indiabulls’ Banga has identified mortgages, structured finance, commercial vehicles and SME loans as focus areas.

CitiFinancial, on the other hand, is slowly transforming itself into a one-stop shop for all financial needs of consumers in small cities and towns. “We have re-worked our strategy for small-ticket personal loans. While this will continue to be the main fare in smaller cities, in bigger centres, we will maintain it as only one aspect of a wider product menu,” says Soota.

In fact, SBI Cards is now considering expanding the scope of its operations by including other retail products in order to de-risk its business model. Its promoters, the State Bank of India and GE Money, have extended it a Rs 250-crore credit line to revive the beleaguered company.

Says CitiFinancial’s Soota: “There is now more focus on automation and credit scoring models to improve efficiency and reduce judgmental challenges in underwriting of unsecured loans.” Adds Banga: “We rigorously follow close to a dozen checks before we sign the loan cheque. And customer involvement in the whole process is very high.”

In fact, RBI is also concerned about NBFCs. This is reflected in its draft guidelines, which propose to raise the capital adequacy ratio of NBFCs from 10 per cent to 15 per cent by April, 2009. In addition, there is a requirement for half-yearly reporting of liquidity positions.

Despite the grim tidings, it isn’t curtains for the sector. The broad-basing of products, stringent controls on unsecured loans and yields as high as 30-40 per cent may yet see this very risky segment, where penetration levels are still low, through.

Click here to Enlarge
CRISIL’s Bhatia says: “There could be a temporary shift away from the small-ticket personal loan segment, but we expect players to re-enter the ring after interest rates stabilise and put stricter loan approval systems in place.” Adds CARE’s Mokashi: “I think retail credit will bounce back soon.” Also, despite the setback, a majority of the players have no plans of exiting the business. In fact, the NBFC model works very well in India as there is a large class of customers like self-employed or people with low incomes who are not properly serviced by the banking industry.

But as Swaroop says: “Risk assessment is the key.” And that’s why NBFCs—and also some banks—will have to go back to basics and rebuild their businesses, this time on stronger foundations.