News
Magazine
Features
Will the Sun Pharma-Ranbaxy deal be followed by further consolidation in the Indian pharma industry?

Will the Sun Pharma-Ranbaxy deal be followed by further consolidation in the Indian pharma industry?

Experts says consolidation, which may well have major implications, is inevitable in Indian pharma. Market watchers say that among the major Indian pharma companies the two most prized pickings would be Dr. Reddy's Laboratories and Cipla Ltd.

Two recent developments in the global pharma sector may well be pointers to the shape of things to come. The first was the $3.2 billion deal in early April, by which Sun Pharma acquired Ranbaxy, making the combined entity the fifth-largest generics company in the world and the largest in India. Sun Pharma had made 16 other acquisitions before, but this deal was larger than all of them put together. The second was the realignment of business interests by Novartis AG and GlaxoSmithKline (GSK) Plc in late April, by which Novartis sold almost its entire vaccine business to GSK, while buying up the latter's oncology drugs business. The two companies also joined hands to set up a new consumer health-care company. Separately, Novartis also sold off its animal health drugs business to another pharma giant Ely Lily. There was also intense speculation for some time about Pfizer buying up AstraZeneca. Though that has been laid to rest, consolidation moves are clearly afoot, which may well have major implications for India.

Why India?
It is because Indian companies have strengths that are hard to ignore for any global player seeking scale. And generic drug makers need scale to prosper, since the segment is a crowded one, with wafer- thin margins. Thus, the world's leading generic company, the Israel-based Teva, has between 1996 and 2011 made 16 acquisitions globally. The US-based Mylan, the most active of global players in India, has done about half a dozen major deals so far, investing around $3 billion in India alone.

Global pharma companies have the money - Pfizer sits on cash of $2.2 billion, Teva on $1.04 billion and Novartis on $9.2 billion. In comparison, all the companies on the Bombay Stock Exchange's Health-care Index - excluding Sun Pharma, Ranbaxy and GSK Pharma - have a total market capitalisation of around $40 billion. Click here to Enlarge
Market watchers maintain that among the major Indian pharma companies the two most prized pickings would be Dr. Reddy's Labora-tories and Cipla Ltd. The former has a strong biosimilar pipeline, a robust business portfolio in injectibles in the US and focuses on products that face limited competition there. About 42 per cent of its revenue is generated in the US. It is the largest Indian pharma player in Russia and the Common- wealth of Independent States countries as well. It is also investing heavily in research and development. Cipla is strong in Africa, especially South Africa with an edge in anti-AIDS generic drugs, a healthy respiratory care business along with strong domestic penetration. About 50 per cent of its total revenues come from India. And barring its 78-year-old Chairman Y.K. Hamied, and his brother M. K. Hamied, the non-executive Vice Chairman, it is run entirely by professionals - there are no next-generation members of the company's founding family in senior positions. (See Where Their Strengths Lie.)

Certainly, acquiring either is not an easy task. Dr. Reddy's had a market cap of $6.6 billion (as on June 5, 2014). At a modest 20 per cent premium, this would still mean an acquirer having to shell out around $8 billion. Similarly, Cipla's market cap was $5 billion (as on June 5, 2014), so a buyer would have to pay at least around $6 to $7 billion for it. Secondly, acquisitions are not easy in India, where they need not only shareholder approval, but also that of the Foreign Investment Promotion Board (if the buyer is based overseas) and the Competition Commission of India. Most importantly, neither promoter reveals any intention of selling. "At least not in my lifetime," Hamied once told Business Today. G.V. Prasad, CEO at Dr. Reddy's, is as forthright: "Do I have a better option for my investments?" he asks. "As far as we are concerned, we are not available for acquisition and this, therefore, does not cross our minds."

How do industry watchers feel? Pharma sector expert Sanjiv Kaul, Managing Director, ChrysCapital Investment Advisors, believes consolidation in pharma is inevitable. "The question is: how soon will it happen?" he says. "In the last seven to eight years, we have had some examples of consolidation, but the experience has not been that great." He is referring in particular to Japanese major Daiichi Sankyo acquiring Ranbaxy in 2008 - Ranbaxy has since had embarrassing run-ins with US drug authorities. Eventually, Daiichi Sankyo exited Ranbaxy."But once the global economy starts improving, you will see a lot of cross-border deals taking place and some of it will be in the arena of consolidation," he adds.

Those in the industry respond cautiously. Glenn Saldanha, Chairman and Managing Director, Glenmark, agrees that consolidation in Indian pharma may well be waiting to happen, but believes the leading companies are relatively immune. "The pressure is not that great on the leading companies. It is much more on the small and medium companies operating in India, because of the competitive landscape," he says. "There is enough opportunity for leading Indian companies to continue to grow and continue to perform."

But there is distinct overseas interest in the leading Indian pharma companies, too. "Japanese companies need bigger markets and India offers one. Therefore, they are keenly looking at India," says Deepak Anand, Director-Research, Japan External Trade Organisation. "This is despite the somewhat unpleasant experience Daiichi Sankyo has had in India." He maintains the top 20 Japanese companies such as Takeda, Astellas, Mitsui and Mitsubishi Pharma are all seriously looking for opportunities in the Indian drug market. "The top 20 Indian pharma companies could be good contenders for takeovers," he adds. "After the recent Compreh-ensive Economic Partnership Agreement (CEPA) between India and Japan, mergers and acquisitions between companies of both countries have become easier." 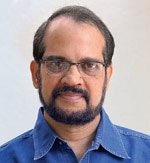 Depending on the inclination of the promoters' children, Indian pharma will start seeing changes in ownership models: Kavil Ramachandran, Professor/ISB
Attitudes are also changing. Noting that Indian promoters are often emotionally involved with their businesses and do not want to sell even when a good opportunity presents itself, ChrysCapital's Kaul adds: "There is a thawing on the part of promoters. On a scale of one to 10, if one represents total opposition to selling and 10 amounts to being ready to be acquired for the right price, I would put most Indian companies at five or six. Ten years ago, they'd have been at two or three."

Kavil Ramachandran, who leads the Thomas Schmidheiny Chair of Family Business and Wealth Management at the Indian School of Business, Hyderabad, has done extensive work on promoter families. "A lot of decisions on selling the promoter stake will be linked to issues of succession," he says. "Most leading Indian pharma company promoters are still young and thus a picture of what the next generation will be like has yet to clearly emerge. Since pharma is a knowledge and technology-intensive industry, you may see some promoter families either exiting or diluting their stake depending on the attitude of the next generation and its interest in pharma." He believes Indian pharma will in time see different kinds of family ownership where some families would be actively involved in the business, while others would be passive owners, only interested in their income from the company.