The book is an incisive guide, though not comprehensive, to creating winning businesses and forging fulfilling careers.

The Real-Life MBA by Jack and Suzy Welch

When the "greatest manager of the last century" (Jack Welch, Fortune 1999) and a successful ex-editor of "the world's most influential business magazine since 1922" (Suzy Welch, Harvard Business Review 2002) get together to publish their second book, you can expect an engrossing read. And The Real-Life MBA: Your No-nonsense Guide to Winning the Game, Building a Team, and Growing Your Career does not disappoint.

Amidst the profusion of business literature on innovation, disruption, uncertainty and everything else, The Real Life MBA emerges as a refreshing read. It's simple in messaging, pointed in focus and action-oriented in guidance, despite being aggressive in tenor. Business is like a game, and winning matters. Following a few key principles can yield success for the company, for the team and for the leader.

There are a few recurring themes across each of the sections. Leadership is about truth and trust (and integrity and ethics are non-negotiable). The authors are clinical in their recipe to deal with employees - reward and retain performers, and ease out non-performers (re-iteration of the controversial 'rank and yank' philosophy, but what else would you expect from its creator?). Money is the best motivator and the only effective way to ensure 'alignment', results and, thus, "happiness" (don't be stingy with it)! There is a lot of heart in the book. The authors don't mince words defending their stance. They are self-confessed workaholics and they love it. Their disdain for those who are not is obvious!

As can be expected, most of the advice in the book is steeped in decades of corporate wisdom and hands-on experience. Simplicity is essential in strategy, in dealing with people, in your actions as well as your career plans. Use resources appropriately: don't distribute, focus. How to manage a crisis? Remember, it will pass!

The authors bring a few unique perspectives and, of these, the ones that resonated most with my thoughts were around business risk, using HR (human resources function) as a growth driver, globalisation and focus on (the right) measures. Risk is addressed in its manifold hues, as against the traditional approach of looking at it as a financial theme only. They discuss the touchy issue of expatriate managers including whom to bring and why. Anyone who has experienced the influx of expatriates with two to three-year stints - which are lost between long acclimatisation periods and longer return planning - will identify with the perspective. They call out the need to focus HR's efforts in identifying and retaining the right talent, thereby building a winning team. This can only be achieved if HR is freed of administrative responsibility and limited to a few people with the right "street cred" (experience of hands-on business). Dealing with finance should not mean pouring over reams of spreadsheets and charts, but should instead be attending to meaningful measures with variance (vs. plan) as the theme of analysis.

I found the section on managing one's own career very interesting. Many a middle-aged and successful corporate leader will be able to identify with it (I certainly did, having found my own "Area of Destiny" some years ago). I also loved the piece of advice for the multitude of budding entrepreneurs: It starts with a great idea. Having had similar discussions with a few hundred students myself, I now look forward to referring them to this part of the book.

The book also provides an insight into the world of Jack Welch, and how he ran GE. Many of the experiences mentioned revolve around his erstwhile staff and colleagues who went on to head a diverse spectrum of companies, given GE's role as the CEO incubation factory of the world. The language of the book is pleasing with a splattering of humour (often at the authors' own expense), which makes it an enjoyable read. It is well laid out, with common themes running across the three sections, action plans in bulleted form and emphasised in italics, followed by a summary at the end of each chapter. 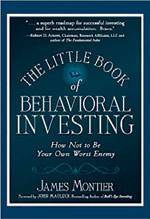 However, if you are a fresher or young executive and were planning to jettison your MBA plans post reading this book, think again. And if you are a senior professional, it is likely you've heard it all before and experienced it too. In fact, The Real-Life MBA is a bit schizophrenic in nature. At times, it is talking to newly anointed CEOs or leaders striving for the top job, and at other times it appears to be talking to first-time managers as also to everyone else. I particularly found the two chapters on Finance & Marketing to be completely out of place and a let-down. It appeared as a half-baked effort - like a 'Finance/ Marketing for Dummies' - and was neither elementary nor insightful, and certainly far from comprehensive in its coverage. You will be well advised to skim through these sections. This book is not comprehensive, but then no book can be. I found its attempt to address the current environment and specifically new-age business as wanting. It does not touch upon any of the specific competencies required in today's business environment ("Building your tech quotient" sounds superfluous). How do you partner, build industry networks or cross-leverage alternate business models? These are some aspects that cannot be addressed through "5-slide strategies" or simple "business mantras". 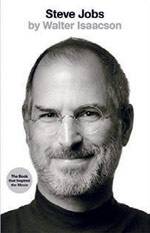 The book appears to have been culled out from the thousands of seminars and talks that the authors (especially Jack, after retirement) have given. So, if you happen to be one of the (half million or so, as the authors tally) people who have heard him or read one of their earlier books, you will find quite a few common topics. 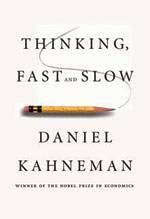 However, if this is a first time for you in the world of Jack & Suzy Welch, go ahead and start. You will not be disappointed. Real-Life MBA is easy and impactful. I managed to read it over two days of incessant noise and fireworks. The book has a few fireworks of its own. Hopefully, you will find two to three nuggets to employ in your workplace, with your team, or on yourself and seek better results. ~

The reviewer is Founder & CEO of PRB Partners, a strategic advisory firm. He is also visiting faculty & professor of strategic marketing for innovation & new businesses at IIM Ahmedabad, Bangalore & Calcutta.