Direction and leadership are both lacking UPA-II

Both direction and leadership are lacking in the present government, which is facing a new crisis every day - from the 2G scam to the Lokpal Bill. We round up all that these ministers have been up to in the first 100 days in their new offices.

(L to R): Praful Patel, Salman Khursheed, C P Joshi and Kamal Nath
In January, Prime Minister Manmohan Singh reshuffled the portfolios of several of his Cabinet ministers. These included portfolios of some key economic ministers who had been facing criticism for their inaction and sloth.

If Singh had thought the reshuffle would enthuse his two-year old United Progressive Alliance (UPA) government, he could not have been more off-the-mark. One hundred days after the reshuffle, the seven Cabinet ministers who got the economic ministries - barring S. Jaipal Reddy, Minister for Petroleum and Natural Gas - have shown little of either initiative or results.

The reasons, in each case, vary. Praful Patel, Minister for Heavy Industries and Public Enterprises, has been handed a portfolio that does not offer much scope. Murli Deora, Minister for Corporate Affairs, does not appear to have his heart in his new job.

Direction and leadership are both lacking in this government that is facing a new crisis every day from the 2G scam to the Lokpal Bill. BT rounds up all that these ministers have been up to in the first 100 days in their new offices. Key steps taken in 100 days: Questioned Reliance Industries on the suboptimal production of natural gas from the Krishna-Godavari basin, which is causing the government huge losses. Enabled power units in Andhra Pradesh to obtain natural gas (resulting in additional generation of 600 MW).

Issues to be addressed: Instead of referring the Cairn-Vedanta deal to a Group of Ministers, he should have offered a solution himself. Pricing policy for petroleum products, which has generated a black market that some estimates put at Rs 16,000 crore annually, should have been reformed. The policy put a Rs 38,386 crore subsidy burden on the government in 2010/11, apart from state-owned oil companies taking a hit of a humongous Rs 72,000 crore.

Picked for: His integrity. Reddy is the only minister who has done a good amount of serious work even though he divides his time between Andhra politics (especially the Telangana issue) and the ministry. 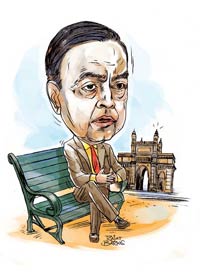 Key steps taken in 100 days: Proposed reserving one director's seat for women in all companies that have five or more directors on the board. Suggested making it mandatory for companies to spend two per cent of their profits on corporate social responsibility programmes.

Issues to be addressed: The long-pending Companies Amendment Bill, which will allow class action suits and do away with several mundane, day-to-day approvals companies are still required to take from the government, The Bill is still not entirely ready to be reintroduced in Parliament. The Serious Frauds Office remains ineffective.

Goal set: Regulations governing mergers, acquisitions and combinations under the Competition Act to be finalised and notified.

Picked for: His vast network of friends in the corporate sector. But Deora spends very little time in the ministry, preferring to visit Mumbai frequently. He is helped by a proactive secretary in the ministry, D.K. Mittal, who has been passing on powers vested with the ministry to the Registrar of Companies. Issues to be addressed: The problem of hundreds of sick public sector units in the country that can neither be shut down nor privatised for political reasons.

Goal set: Intends to create auto hubs of the sort that exist in Pune, Gurgaon, Chennai and Indore to scale up India's car production capacity from 2.5 million currently to 10 million by 2020.

Picked for: Political pressure exerted by his party, the Nationalist Congress Party, one of the UPA's coalition partners, but handed a portfolio where, as Patel says, "There is no public interface." The minister, who oversaw the privatisation of the Delhi and Mumbai airports while in the Ministry for Civil Aviation during the UPA's first stint, is being wasted in this ministry where "there is little scope" to perform. Key steps taken in 100 days: Reversal of policy in the ministry's flagship programme, the Rs 1.2 lakh-crore Jawaharlal Nehru National Urban Renewal Mission, or JNNURM. He has proposed to delink the funding of projects from implementation of reforms by states. Until now, states seeking JNNURM funds had to carry out 23 different reforms relating to property tax, lower stamp duty, e-governance, and so forth. Not for much longer.

Issues to be addressed: Capacity building for project preparation, appraisal, monitoring, and implementation at central, state and local administration levels. The five per cent of budget for capacity building under JNNURM has not been utilised. Except in a few states such as Gujarat, Maharashtra, Karnataka and Andhra Pradesh, the JNNURM has made slow progress.

Picked for: His energy. Nath is very active in the ministry, which oversees one of the most daunting task for India - urbanisation. But he needs to channelise his efforts in the right direction. 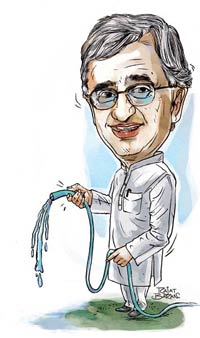 Key steps taken in 100 days: Revived the project for interlinking the Ken and Betwa rivers in the Bundelkhand region of Uttar Pradesh and Madhya Pradesh, which has been opposed by Jairam Ramesh, Minister for Environment and Forests. Raised a controversy by claiming that China's plans to construct a dam on the Brahmaputra was "nothing alarmist", which was slammed by experts.

Issues to be addressed: Should have conducted a health check on dams in the country after the Japan tsunami-cum-earthquake, instead of blandly claiming that all Indian dams were strong enough to withstand natural calamities. Could have adopted the master plan for artificial ground water recharge, increased spending on irrigation infrastructure, and strengthened the water quality assessment authority. Restoring the natural flow of rivers, improving water quality and settling interstate water disputes are among the crucial issues before his ministry. Per capita water availability in India is tapering off at a fast clip.

Goal set: Has promised a new National Water Policy by 2012.

Picked for: His ability to adopt an impartial approach and stay out of controversies, since his ministry deals with interstate water disputes. Key steps taken in 100 days: Opened social networking sites of the ministry and National Highways Authority of India, or NHAI, to facilitate user interaction. Kickstarted the use of geographic information system, or GIS-based imagery for the monitoring of highways. Set up a complaint cell at the ministry to dispose of complaints within a set time frame.

Issues to be addressed: Amendments to laws concerning his ministry - to improve the functioning of the sector - that have been pending. Should have set targets based on fund availability and helped developers with single window clearances. He should have speedily disposed of pending files related to instances of corruption.

Picked for: His clean image. Ministry officials confirm he is cautious with files to ensure his decisions are above board, which, his critics say, often leads to delays. At the moment, both NHAI and the ministry are headless, with Secretary R.S. Gujral currently on leave. Joshi is on the look out for a technocrat "like DMRC (Delhi Metro Rail Corporation) Chairman E. Sreedharan" to head NHAI. He has put 145 concession agreements on the NHAI website for public viewing and announced that all tenders at the authority after August will be through e-tendering. Joshi has also drawn flak for inviting his friends, comprising a group of lawyers and professors, to official closeddoor ministry meetings. 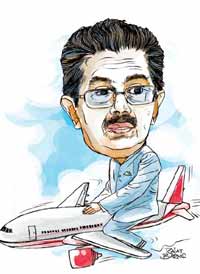 Issues to be addressed: Should have strengthened regulators such as the Airports Economic Regulatory Authority. "We need to privatise but ensure prevention of cartellisation be it in airlines, airports or manufacturing," says Capt. G.R. Gopinath, Chairman, Deccan 360. But first Ravi must take a call on what to do about the mess in Air India, hit badly by striking pilots.

Picked for: Ravi's home state, Kerala, was just three months away from assembly polls when the reshuffle was held. Aviation is of intense interest in Kerala in view of its Gulf traffic: it already has three international airports and two more are being built. Ravi's appointment reflected the importance Congress attached to the Kerala polls. But no major policy announcements have come from his ministry since he took over. On the crisis in Air India, Ravi is unlikely to do anything dramatic given his trade union background. Just 2.5 per cent of Indians currently travel by air. How many more do so following Ravi's policies will be a critical measure of his success.