The state domestic product, or SDP, has expanded at a modest 5.5 per cent over the last ten years, making it an underperformer compared to other big states such as Andhra Pradesh, Gujarat and Tamil Nadu. But with elections around the corner, hope reignites in West Bengal, an economy most had written off.

The Vidyasagar Setu on the Hooghly
Kushan Mitra
The grey-blue corrugated steel building lies abandoned and desolate, surrounded by fields of mustard and potato. This is where the industrial dreams of a 21st century West Bengal lie buried - the factory site of Tata Motors at Singur , some 40 km north of Kolkata.

It is 28 months since Tata Group Chairman Ratan Tata announced the auto company's pullout from the half-finished factory at Singur, but villagers in Joymollah and Baraberi behind the plant are still angry. Many feel hard done by. Says Gayaram Pakhira, a villager whose family gave up 16 bighas (around five acres), "We have nothing now, no land, no job and no promise of a job. They did not even want us as security guards." Others have cut their losses by stealing from the plant premises.

Construction equipment, window frames, barbed wire, cables, stakes… nothing has been spared. The sense of despair at Singur, in a way, seems to be symptomatic of the morass West Bengal has slipped into. Red tape, policy inertia and a law and order breakdown have been chipping away at the state's economy, once upon a time India's foremost. The mood on the street is palpable: anger against a political regime, in power for 34 years, which is blamed for running the state aground when others have risen rapidly in two decades of economic reforms. Resentment, bordering on rage, that is expected to show up at the hustings this summer propelling the ruling Communists out of government. The usurper: Mamata Banerjee, leader of the Trinamool Congress, Union Railways Minister and enfant terrible in the state establishment. Says M.K. Jalan, Chairman of the Kolkata-based conglomerate, Keventer group, "We are at the bottom now. Things cannot get any worse. If Mamata comes to power, the CPI(M) will be a good opposition and it will force the government to do development work."

In a bustling lane off B.B.D Bag in Kolkata, which still lodges big business houses in imposing Victorian buildings, a prominent industrialist, who offers to speak on the condition of anonymity, agrees. "There is no interest in economic development," he says. He talks of a recent project which he was keen to establish in West Bengal but also explored a site in Gujarat. Those in power at the Writers' Buildings, the office of the state government, promised to help but little came of it. Until the local press got wind of it and a news article caught the attention of the Gujarat industries department in distant Gandhinagar. The Gujarat Industries Secretary called up the Kolkata industrialist and visited him the next day. And, just 45 days later, the ground was broken for a factory in south Gujarat. "In 45 days in West Bengal a file would not move from one table to another," shrugs the industrialist.

Losing prime projects is something a state can ill afford in an era of hyper-competitiveness, least of all West Bengal's near-comatose local economy. The state domestic product, or SDP, has expanded at a modest 5.5 per cent over the last ten years, making it an underperformer compared to other big states such as Andhra Pradesh, Gujarat and Tamil Nadu. It has managed so far by borrowing like there is no tomorrow. At the end of March 2010, as per latest available data, outstanding liabilities of West Bengal stood atRs 168,684 crore, behind only Uttar Pradesh and Maharashtra. 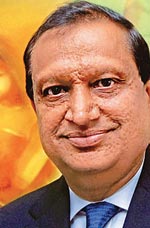 Vishambhar Saran, Chairman, VISA Steel
By the time the current financial year ends - and it is time for state elections - that number, economists predict, would have toppedRs 200,000 crore: a four-fold increase in the last decade. Around 97 per cent of West Bengal's revenues is spent on paying interest for loans and also for salaries, and its gross fiscal deficit of 3.7 per cent (2008-09) is the largest among India's large states. Not surprisingly, it also has the lowest investment patterns.

Brief resurgence
A decade ago things looked quite different. In 2000, Jyoti Basu had stepped down after 23 years of rule to make way for current Chief Minister Buddhadeb Bhattacharjee. "There was a sense of optimism in the state and there was some progress on the infrastructure front. The state actually geared up to attract investment," says Vishambhar Saran, Chairman of Kolkata-based VISA Steel.

The 2001 and 2006 polls were showcase elections for the Left Front as it won 199 and 235 seats out of the total 290 in the state legislature. This rich electoral harvest under Bhattacharjee, coupled with the fact that the Communist Party of India (Marxist), or CPI(M), was also influencing policy at the Centre for the first United Progressive Alliance, or UPA I. Protestors at the Burnpur SAIL plant demanding jobs
"A cocky confidence," interprets the local industrialist quoted earlier. This led to complacency with development taking a backseat, except for the hard efforts on part of the government to woo the Tatas. The resulting disenchantment with the Left led to the resurgence of the Opposition under the feisty Banerjee.

On the outskirts of Kolkata, hidden behind shops selling construction equipment on what was once a marsh is Trinamool Bhawan, possibly the least impressive party headquarter in India, reflective of the spartan lifestyle Banerjee espouses. "In the 1960s, West Bengal accounted for over 21 per cent of the nation's industrial output. Today, that number is under three per cent," points out Trinamool Congress spokesman Derek O'Brien, known until a few years ago as a TV host and quizmaster.

A lot of this decline may have come about because of an industry wary of the Communists in power and worker unions, and unlike other states with a Left presence like Kerala, West Bengal does not have the benefit of remittances from expatriate workers. "The party's position that it would protect the proletariat has done immense harm to the proletariat itself," says Amit Mitra, Secretary-General of the Federation of Indian Chambers of Commerce and Industry. "The belief that direct action is better than negotiation has crippled the state." 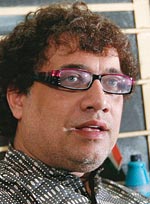 Derek O' Brien, Spokesperson, Trinamool Congress
People with inside knowledge of the Trinamool Congress's workings say Banerjee has big plans for business but little is revealed. O'Brien says "peace" is the first priority. The local dailies are filled with reports of political murders across the state and estimates put their number at over 10 a day. "The longer the wait for the election, the worse it will get," he warns. Both Trinamool and the ruling CPI(M) portray themselves as victims. The truth is somewhere in between.

"Peace is the most important thing in the state right now; without it you can forget industry," says VISA's Saran.

Not all is lost
The situation may seem dire, but it is not all doom and gloom. Take software services major Cognizant Technology Solutions, which set up shop in Kolkata in 1996 and today has around 8,000 workers there. "Being in Kolkata has allowed us to target some of the best talent in the country," says Ramkumar Ramamoorthy, Vice President, Marketing and Communication. In mid-January, Cognizant opened the Rs 200-crore first phase of a megacampus in Bantala, on the outskirts of Kolkata, which will expand to 16,000 people when all four phases are complete. "We have learnt to do business in West Bengal," says Ramamoorthy. "Usually you get a few days' notice about strikes, so they do not impact us badly." Others such as Wipro, Infosys and Tata Consultancy Services, too, have offices in Kolkata. The first planned township in recent years is coming up at Shristinagar, 200 km north of Kolkata, near Asansol.
But the real growth story is 200 km north of Kolkata in the coal belt of Durgapur and Asansol. The first planned township in recent years is coming up at a rapid clip at Shristinagar, being developed by Bengal Shristi, a joint-venture between Shristi Developers and the West Bengal government. Spread over 100 acres, the development will have over 5,000 households and over a million square feet of commercial space, "We plan to get IT companies in smaller towns," says Abhishek Bhardwaj, Vice President, Marketing, Bengal Shristi. The first 500 families have moved in and the second outlet of value retailer Big Bazaar in Asansol is coming up. Prices are climbing, says Bhardwaj, with apartments going atRs 2,500 per sq. ft., up from aroundRs 1,000 to 1,200 per sq. ft. when the project started six years ago.

The reason for this demand? Massive investment projects in and around the area. A few kilometres away from Shristinagar is the Burnpur Steel Plant operated by Steel Authority of India Ltd, or SAIL. The plant, which dates back to the 1920s, is being supplemented with a newRs 15,000-crore plant. "This is the biggest project in SAIL's history," says a company executive.

The construction has already addedRs 500 toRs 600 crore to the local economy and the rich coal mines here are fuelling further development. Bengal Aerotropolis, which has Singapore's Changi Airport as a 26 per cent partner, is building an airport and township between Durgapur and Asansol. "Can the state do more? Yes it can, but I believe we are getting there," says Subrata Paul, the venture's managing director. The state government plans an investment of overRs 10,000 crore in infrastructure.

Kolkata-based industrialists say a period of policy paralysis has followed the Lefts debacle in the 2009 Lok Sabha polls
Other reforms, too, have been put on the fast track. For example, unbundling of the state electricity board into separate production and generation companies is in line with reforms elsewhere in India. For the financial year 2009-10, distribution utility West Bengal State Electricity Transmission Co. reported a net profit ofRs 174.68 crore, its highest ever.

However, even as the state licks its infrastructure woes, it has another uphill battle: land for industry. Land acquisition wrangles have not spared even the state-owned electricity transmission company, which has sunkRs 300 crore in such projects. At Singur, a substation is ready, awaiting an incoming line. Ditto at Rajarhat. Both are hotbeds of Trinamool activism against land acquisition.

Mamata Banerjee is widely tipped to ride to power in the coming Assembly Elections in May, ending 34 years of Left dominance
Trinamool's O'Brien feels such concerns are misplaced. "In 2006 the Trinamool said we would oppose the allotment of productive fertile land for industrial projects; our protests (at Singur) were in line with our policies," he says, adding there are 1.7 million acres of unproductive land in West Bengal available to industry. Back in Kolkata, the city's elite come together for an evening at Tollygunge Club on its southern edge.

The mood is pessimistic, though some think Bengal can make itself the education hub of eastern India. "We can become a hub for the north-east and other states," says a senior manager from a local public sector company. Some see hope in the Trinamool. "Banerjee will attract a lot of good people. This state needs a few years of good governance." That may be the litmus test for Banerjee, if she comes to power. For, without retaining its best and brightest, West Bengal risks becoming a shell state.
Additional reporting by Somnath Dasgupta