News
Magazine
Features
What is attracting Indian start-ups to Singapore?

What is attracting Indian start-ups to Singapore?

Not just Flipkart, many Indian start-ups have moved to Singapore to plug into a low-tax regime and gain easier access to Southeast Asian markets.

A file photo of Singapore's financial district. SOURCE: AP
Taslima Khan
When Sameer Khadepaun began looking for funds for his start-up venture Mobikon two years ago, he got multiple offers. Khadepaun had earlier received angel funding from US investors, but this time preferred Jungle Ventures, an early-stage venture capital firm based in Singapore.

Khadepaun felt that the expertise of a venture capital fund from the city-state would help his company expand its reach to Southeast Asia. He moved a step closer to meeting this goal in July 2012 when he shifted Mobikon's base from Pune to Singapore as well. Mobikon, a customer management solutions firm, now caters to 350 hotels and restaurants in five countries including India and Singapore.

"Sitting in India I would not have imagined that scale," he says. "India is a huge market but Singapore works better for us since we are closer to other emerging economies such as the Philippines and Thailand."

Mobikon is one of several start-ups which have moved headquarters from India to Singapore in recent months. Singapore works better for us since we are closer to other emerging economies such as Thailand and the Philippines: Sameer Khadepaun Photo: Rachit Goswami
Exact data on such ventures is not available, but the number of Indian companies with operations in the citystate jumped to 4,000 in 2012 from 1,100 in 2000, according to the Singapore Economic Development Board (SEDB).

Industry executives say a Singapore presence is ideal for companies aspiring to go global as the city-state is an international business hub.

"The very fact that your company is based in Singapore means it is considered more of a regional or global company as the local market is very small," says Murli Ravi, Head of South Asia investment at Singapore-based venture capital firm Jafco Asia.

The trend is most visible in start-ups offering digital marketing, social media and cloud-based services. Anil Mathews, founder of mobile advertising network AdNear, says Singapore acts like a media buying hub for his company across Southeast Asian nations such as Malaysia, Indonesia, and the Philippines.

"It is better being based in India if your market is only India, but if you are eyeing the entire Southeast Asian region, the Singapore branding works better," says Mathews, who started AdNear from Bangalore in 2009 and shifted base to Singapore last November.

"It gives a great amount of clout and credibility." Sumesh Menon, founder of U2opia Mobile, agrees with Mathews. "Most of my international customers find it easier to deal with a Singapore company," says Menon, who named U2opia for the city-state's perfect business environment and his favourite rock band U2. Most of my international customers find it easier to deal with a Singapore company: Sumesh Menon Photo: Aditya Kapoor/www.indiatodayimages.com
Singapore resident Menon set up U2opia there and launched his company's product first in India. The company now has tie-ups with 25 telecom operators in Southeast Asia, Africa and South America to provide a service that allows mobile phone users without an Internet connection to connect to social networking sites such as Facebook and Twitter.

The most compelling reason for Indian entrepreneurs to move their headquarters is the ease of doing business in Singapore. The Southeast Asian nation topped the World Bank's Doing Business 2013 survey of 185 countries. India is ranked 132.

"The biggest thing companies love there is zero corruption," says Arvind Lakshmikumar, founder and CEO of Tonbo Imaging. The start-up, which makes high-end imaging equipment for armed forces, was set up in Bangalore in 2007 and moved to Singapore last October. 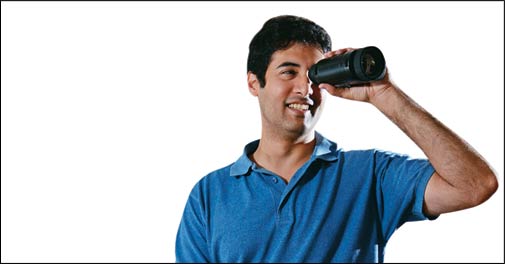 The biggest thing companies love there (in Singapore) is zero corruption: Arvind Lakshmikumar (Photo:Nilotpal Baruah/www.indiatodayimages.com)
Lakshmikumar says Singapore's easier tax regime makes it even more attractive. The city-state caps corporate tax at 17 per cent, compared with more than 30 per cent in India. Lakshmikumar says Tonbo was also paying 35 per cent import duty on raw material and 15.5 per cent valueadded tax in India. "That's a huge tax burden," he says.

Vaibhav Manek, Partner at business advisory firm KNAV Partners, says a company must be present for at least two years in Singapore to avail tax benefits. Companies must also show a minimum S$200,000 in costs and at least one founder should have a work visa in the city-state, he says. "Singapore is a fantastic structure to explore but companies can get tax benefits only if they can prove that the motive to opt for this structure is not tax benefits only," he adds.

Besides, the city-state offers incentives to companies hiring Singaporeans, though it is not mandatory to employ locals. "The government subsidizes about half the salary of new hires if they are locals. But these should have technical profiles like research, not in sales or operations," says Mathews of AdNear.

Start-ups also benefit from the funding available through growing angel investor and venture capital networks in Singapore, says Lee Eng Keat, International Director (Asia-Pacific), SEDB. Mobikon, for instance, raised $2 million in a joint investment from SPRING Singapore and Jungle Ventures. SPRING is a government-operated fund that invests in start-ups along with local venture capital firms. Easier listing norms and the dream of a US listing are also major attractions for startup ventures.

Not all companies are talking openly about moving to Singapore. Industry sources say that e-retailer Flipkart shifted its parent company to Singapore in 2011. Flipkart refuses to comment on the issue.

Capillary Technologies, a customer engagement solutions provider which shifted from Kolkata to Singapore last July, does not want to talk much about the reasons for the move. "We do not want to be seen as a company which is shifting base to save taxes," says co-founder Krishna Mehra. "We are very much an Indian company at heart."

Mohan Kumar, Executive Director at Norwest Venture Partners India, says shifting to Singapore was a "smart move" by Capillary since it has a large number of customers in that region. Kumar believes that the trend, which has accelerated over the past two to three years, is likely to pick up further.

Norwest along with Sequoia Capital and Qualcomm Ventures invested $15.5 million in Capillary in September 2012.

Despite moving to Singapore, most start-ups retain their development centres and a heavy operational presence in India. Experts caution that companies should evaluate the strategic move carefully. "A company should shift only if its major operations or customer base are in the Southeast Asia region," says Jafco's Ravi. "It does not make much sense operationally if you are incorporated in Singapore and have all your operations in India."