"We are seeing increasing use of our systems by Indian enterprises"

World Intellectual Property Organization (WIPO) is a Geneva-based, self-funding agency of the United Nations, striving to encourage creativity and innovation among its 188 member countries. In an exclusive interview with Business Today's Joe C. Mathew, WIPO Director General Francis Gurry talks about the emerging areas in intellectual property (IP) and the potential it holds for countries like India. Edited excerpts:

India is considered a bright spot in the global economy by almost every international agency today. Does WIPO share the same view?

I think so. The overwhelming impression one gets while interacting with Indian businesses is that of optimism. That's very interesting because that is not what you see when you are having similar interactions with other economies.

Is there any substantial increase in patent or copyright registrations?

We may not be able to project any number, because IP is for long-term gains. But we see increased interest in patent and trade mark filings, especially in the branding area. There are over 200,000 trademark registrations in India. The conversion rate into international trademarks is an indication of the growing interest of Indian firms to reach out to global markets or increase their external relations. Through this system Indian enterprises can move to major import markets such as the EU, the US, China, South-East Asia, Australia and Japan. The Incredible India campaign was essentially a branding exercise that helped India.

Has India become more IP-friendly after the BJP-led NDA government took over?

There are positive signals. There is greater appreciation on the part of the government on the importance of IP as a tool for economic growth. We are seeing increasing use of our systems by Indian enterprises. India is a big user of PCT (Patent Cooperation Treaty) and, last year, the country has also joined the Marrakesh treaty (which allows the visually impaired to get access to published works without the need to ask permission from the holder of the copyright). We hope to see the treaty in force during the year. It will be a good development for India as we know that the US, which has good resources, is considering joining the treaty soon.

India has been criticised for long pendency of IP applications. Some others find fault with the quality of its patent verdicts. How do you rate India in terms of its IP regime?

We have been cooperating with the Indian patent office for some time now. India is today an international search authority. Pendency is not an India-specific problem. It is a worldwide problem because the system is a victim of its own success. There are 2.6 million patent applications worldwide. That is what creates strain on resources. To make matters worse, there aren't too many trained personnel to handle this increased volume. We keep training people, but then there is this problem of attrition, as companies, worldwide, like to poach trained personnel. I look at it (training) as a human resource generation exercise. This is not to say that managing pendency levels is not important. Timely IP protection is extremely important to make full use of it.

What about the quality of patent grants?

The truth is that there is no uniform and generally accepted matrix to assess quality. And, if you think about it, if quality is always assured, you wouldn't need a venture capitalist. We all could say that this is a huge innovation, a great invention, which is bound to succeed. So, there is no generic matrix for quality. We do have a matrix that one would need to follow to grant intellectual property. And India conforms to that quality matrix. If you look at the quality of human resources, India has the skills. If you look at the patent office, it is delivering good decisions. But the fact is that one bad decision attracts enormous publicity while 10,000 good decisions pass unnoticed.

From an Indian perspective, what are the areas that require urgent attention?

Digital piracy is an area that requires a lot of attention due to the tremendous growth opportunities the sector provides. Globally, India is No.1 in terms of films production and sixth in terms of revenue. Similarly, India has the third largest number of households with televisions in the world. The growth potential of cultural and creative industry of the country is, therefore, extraordinary. Further, as in the case of technology, we are seeing a geographical shift happening in the global culture and creative industry. In terms of the cultural value that is being created, we are seeing a geographical shift towards Asia. The region contributes 34 per cent, and is ahead of Europe (32 per cent) and North America (28 per cent) in terms of the value of cultural and creative content being developed. The value of the cultural and creative industry is $2.2 trillion and the sector creates 29 million jobs worldwide. And jobs in these sectors, demographically speaking, find the participation of young men and women. India needs to focus on this area because the potential is tremendous. 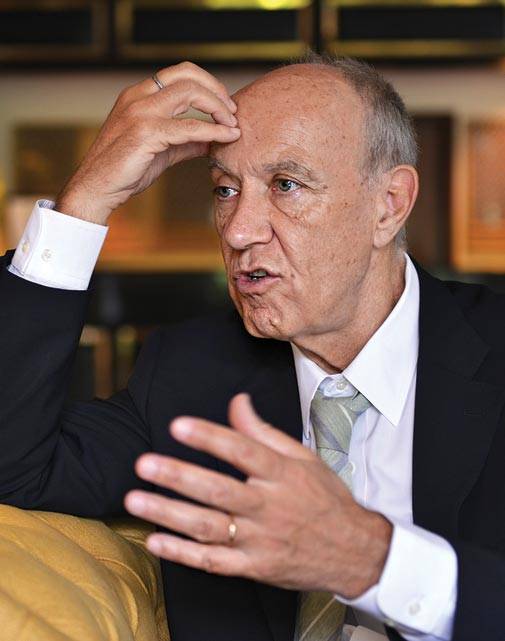 The development agenda of the World Trade Organization seems to have taken a backseat. Is WIPO any different?

We are going well. I personally feel that we should focus on concrete projects that take the development agenda forward. Let me give you an example. WIPO Research is a public-private partnership with national institutes of health of several countries, including India and South Africa, and has pharmaceutical industries as its members. A number of universities worldwide, the African Network for Development and Innovation are all members of this alliance. So we have a good number of cross-section, cross-sectoral agencies that share IP, including pharmaceutical compounds, technologies, know how and data for research and development of neglected tropical diseases, tuberculosis and malaria, among others. I favour such practical examples and practical projects that deliver.

The United Nations Millennium Development Goals (MDG) aims to address extreme poverty and related problems. Is IP a hurdle for achieving those objectives, including accessible healthcare?

India is yet to join WIPO's International Design Treaty. On the other hand, it is actively interested in a treaty on protection of traditional knowledge, genetic resources and folklore. Any update?

With regard to the design treaty, I am very hopeful that it gets concluded by next year. Traditional knowledge is a new mandate and, by October 2017, the member states have to come up with a firm plan. I find that there is better engagement on this front (with India). You have, on one hand, countries that would like to protect traditional knowledge and, on the other, those who would like to use it. Today, the definition of traditional knowledge is very general and very vague. Industries that are interested in this area need more clarity as they do not want any reversals (related to their business decisions) at a later stage. Therefore, one needs to define it in a clear manner. I think we are progressing.