This New Year will be more about the awakening of the virtual mind.
By Nidhi Singal | Print Edition: January 31, 2016 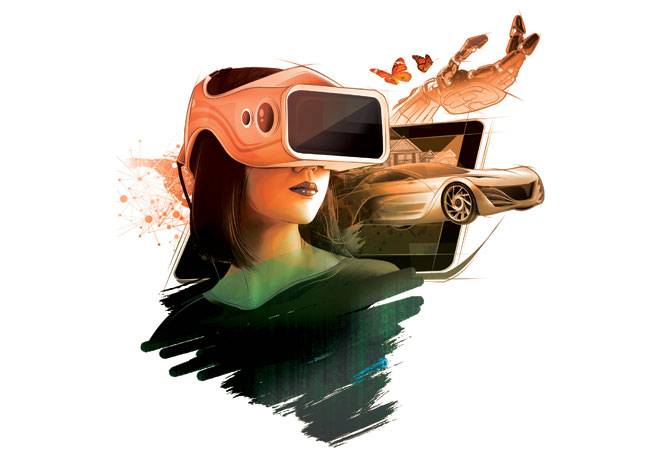 Over the past decade, the technology world has grown at an exponential rate. From HD to full HD to 4k resolution in televisions and smartphones, to wearable gadgets and the advent of hybrids, a lot has happened in the personal technology space. The future, on the other hand, holds great promise for technologies such as artificial intelligence and machine learning. A lot has already been achieved in the technology space, such as Internet of Things, artificial intelligence, machine learning and robotics, but 2016 promises to showcase what these innovations are capable of - it would be a year of evolution and may not be about revolution.

Internet of Things (IoT): It has almost become a household name following all the talk around connecting electronics, software and sensors through a network during 2015. But have we achieved anything substantial yet? Not really. While things have gradually started moving towards IoT, 2016 will witness some real work. Says Narendra Nayak, Managing Director, BlackBerry India: "In this increasingly connected world, technologies that connect to machines and devices for seamless interaction will gain greater prominence than those that connect people to people. Mobility, IoT, cloud and analytics are changing the way we interact. In 2016, we expect a wider adoption of IoT technologies and smarter devices in industry scenarios. In the connected IoT ecosystem, data will become the most critical aspect and we will see businesses adopting unified communication approach where text, chat, video, file sharing and screen sharing across devices will become more cohesive. Given the huge opportunity, IoT may begin to shape many more ways we conduct business and live our lives."

Artificial Intelligence: Thanks to artificial intelligence, machines today have become smarter and can react like humans. They have come a long way from just analysing and reading from a database to learning in real time. While it is being actively used in many industries, such as automated processes in manufacturing units and robotics, to health care and finance, and self-driving cars, it's still to realise its full potential. "Over the last few years, digitisation disrupted IT innovation, redefined business models, empowered consumers and redrew the lines of competition across multiple industries. Whether in an education setting that helps students learn in a style that's best suited for them, or in the form of early childhood toys, such as Cogni Toys, thinking systems will permeate businesses and the products and services they produce," says Amit Verma, Vice President and General Manager, Operations, IBM, adding: "We will see more such implementations around education, health care, retail and banking, among others. And all of this will completely redefine how they build strategies to stay ahead in their game, engage and interact with their customers and employees." It's not just the big names, such as IBM, Wipro and Infosys, who are saying this. A recent report by Microsoft Research quotes its Managing Director, Chris Bishop: "The emergence of new silicon architectures are tuned to the intensive workloads of machine learning." 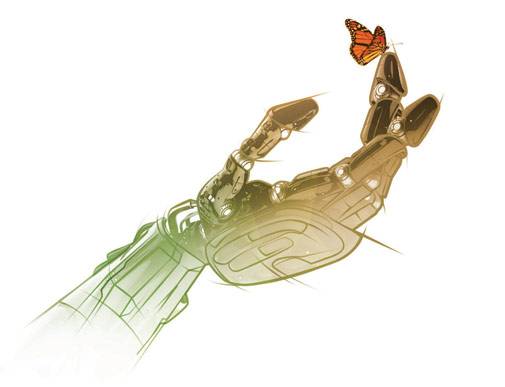 Machine learning: Although a sub-category of artificial intelligence, there will be significant advancements in machine learning as well. It has already made steady progress in the personal technology space with Apple's Siri, Google's Google Now and Microsoft's Cortana, making them part of our daily lives. While it continues to grow, a significant amount of work will be done in the enterprise space, too. Says Akhilesh Tuteja, Partner and Head, IT Advisory Services, KPMG India: "In my view, it will be a defining year where people will move from experimental technology to proof-of-concept. It will happen first in personal technology and then in enterprise, because in enterprise technology you cannot be 90 per cent right." The key drivers for machine learning are computers that have the ability to process a lot of information and data on the cloud in real time. "The reason why machine learning wasn't a big thing in 2014/2015 when developments were happening, was because artificial intelligence requires huge amount of processing capability that cannot be bundled on the phone. What you need is processing on the cloud in real time. So, if you asked a question and the reply came after a few minutes, it wouldn't be of any worth. The gap shrunk in 2015 and, this year, we will have smarter devices to shrink it further," adds Tuteja. Natural language processing or understanding natural language will also become big in the coming year.

Virtual Reality: There has been a lot of buzz around virtual reality since the time Oculus Rift made its debut, followed by Google's Cardboard. Though the biggest names in the technology space - Google, Facebook, Sony, Samsung, HTC, etc. - are focusing on making it big, VR has only been linked with gaming and entertainment. But this technology can be put to some practical use, including education, health care, sports, retail and tourism. This is what 2016 promises to deliver. VR headsets, such as Oculus Rift, HTC Vive, Sony Morpheus, Samsung Gear VR and Microsoft Hololens, along with the host of other brands, are also expected to dominate the floor at the world's biggest technology show - the Consumer Electronics Show at Las Vegas.

Smart Homes: Various technologies put together are pushing this world towards smart homes. The IoT, evolution of high-speed networks and machine learning are contributing towards development of smart homes, which include smart products, smart systems and apps. While Huawei has announced its HiLink open source platform for smart homes, Bosch has created a subsidiary that will offer products and services for connected homes covering security and heating. Google's acquired Nest, too, is working actively in this space. The Rasberry Pi model B+, for instance, runs seven embedded LEDs, a couple of sensors to measure humidity, barometric pressure and temperature, and a stepper motor that remotely opens and closes doors. With connectivity going mainstream and compact chipsets getting affordable, there will be plenty of smart home solutions coming up in 2016.

Bots: After revolutionising the manufacturing sector, robots are actively becoming a part of the services industry, too. Last year we saw Toshiba's Aiko Chichira venturing into departmental stores to interact with customers, Japan's Hen-na Hotel completely operated by robots, and the Pepper humanoid interacting with customers in stores. This New Year will see far-advanced bots, which will have machine learning capabilities that allow smart learning over the codified jobs they do currently. Recently, Australia got its first fire-fighting robot. There are talks about robots patrolling the streets.

Driverless cars: During the past couple of years, we have witnessed frantic activity in the fully autonomous car space. This year will be no different as this segment will continue to witness more innovations. But will it turn into a reality and hit the Ind- ian roads? No. At least, not in 2016.

While most of these technologies will witness development and growth in 2016, they are still futuristic and are likely to settle down in another four to five years. Says Michael Björn, Head of Research, Ericsson Consumer Lab: "Some of these trends may seem futuristic. But consumer interest in new interaction paradigms, such as AI and VR, as well as in embedding the Internet in the walls of homes or even in our bodies, is quite strong. This means we could soon see new consumer product categories appearing - and whole industries transforming - to accommodate this development."

What it requires to be a delightful consumer brand