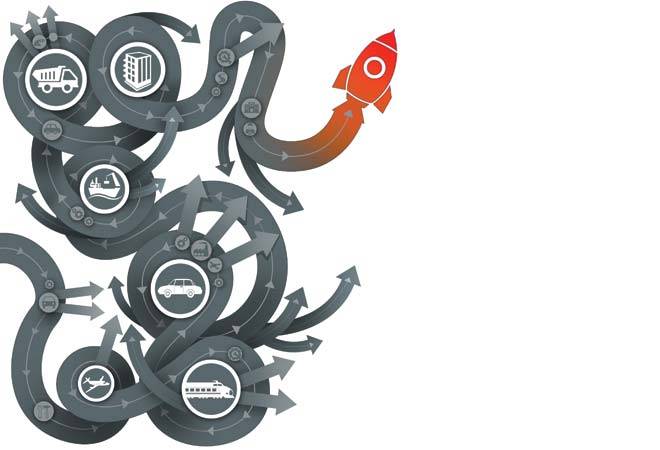 India needs about Rs 50 lakh crore for building infrastructure over the next five-seven years. No wonder the sector was the central theme of the last two Union Budgets presented by Finance Minister Arun Jaitley. But this time, circumstances warrant an even sharper focus on the sector if the country has to have any hope of beating the slowdown triggered by demonetisation. Most economists have predicted that the impact of the cash crunch, especially on consumption-related sectors, will be severe and felt for at least a few quarters. They also agree that the high multiplier effect of infrastructure investments - a rupee spent on infrastructure leads to an outcome greater than Rs 2 - will encourage Jaitley to announce an even sharper increase in allocation to the sector than in his first two budgets. In the 2015 Budget, he had increased the public sector investment in infrastructure by Rs 70,000 crore to Rs 1,80,610 crore. One year later, he increased the amount to Rs 2,21,246 crore.

Today, the biggest concern is muted demand, especially in rural and semi-urban markets, and disruption of economic activity due to demonetisation of over 85 per cent currency. The private companies in the sector are reluctant to bid for big projects in such an environment.

Not that things were great for the sector before demonetisation. A World Bank report, released in the middle of last year, said the public-private investment in infrastructure hit a 10-year low in 2015, marking the sixth consecutive year of contraction. In the past two years, road construction has been the only active segment in the space, thanks to government initiatives. The private investments have mostly gone into building telecom infrastructure.

In such a situation, says Seshagiri Rao, Joint Managing Director and Group CFO, JSW Steel, the government should take some risk with its fiscal position and step up spending. "Public sector spending on infrastructure should be increased till the private sector also starts investing. Viability funding for the equity portion is also needed to revive private sector projects," he says.

The need of the hour, say experts, is fast-tracking tendering of road, rail, port and airport projects. The announcement of big projects such as bullet trains that have long gestation periods should be kept in abeyance for some time, they say. 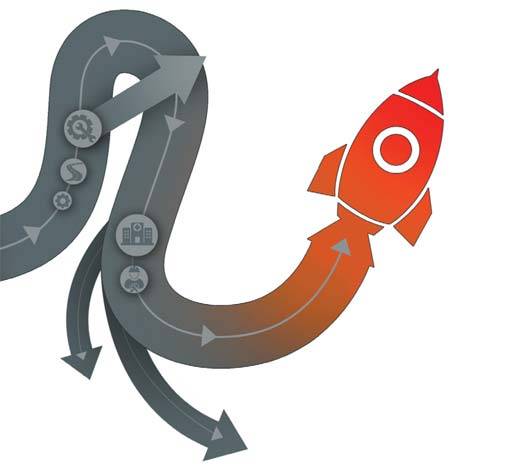 Sanjay Sethi, Managing Director and CEO, Nestor Consulting, says the government should increase infrastructure spending by 20-25 per cent. In addition, the Budget should give sops to the real estate sector and cut duties on cement/steel so that the cost of construction falls, say market analysts.

"The industry is demanding rationalisation of rules for investment trusts, tax holiday for upgrading existing infrastructure and withdrawal of MAT"

There are other areas too where the Budget can make an impact. In the last Budget, the government had allocated Rs 3,205 crore for smart cities - a project that is capable of creating jobs and stimulating economic activity. But nothing much has moved here apart from the announcement of the names of 60 cities that will be smartened up. Union Minister M. Venkaiah Naidu said recently that the government had identified 100 cities under the scheme. "Sixty cities are already on the move. This month or next month, we will add another 40, to take the number to 100. But even 100 is not sufficient for a country of India's size," he said. This is one area where one can expect big investments by the government.

Public-private partnership, or PPP, projects are in trouble. The industry has been demanding the setting up of an independent PPP regulator to help the stuck projects get off the ground. The Kelkar Committee, set up to revitalise the PPP model, has called for institutional interventions such as the creation of an overarching umbrella organisation, 3P-India. Innovative measures, such as the introduction of a hybrid annuity model in the road sector, can provide a shot in the arm for investors in the PPP space.

Manish Agarwal, Leader, Capital Projects & Infrastructure, PwC India, says financial stress in the banking system remains a big hurdle to private investments in the sector. "Addressing this, along with the implementation of the Kelkar Committee recommendations, could revive PPP projects faster," he says.

There are several initiatives such as the National Investment and Infrastructure Fund and Infrastructure Debt Funds for resolving the credit crunch in the sector. But these funds are yet to deliver, says Samir Kanabar, Tax Partner - Infrastructure Practice, Ernst & Young. He suggests changes in taxation rules to ensure that the PPP model takes off. "At present, a special purpose vehicle (SPV) is created for each project. Each SPV is regarded as an independent tax entity and, therefore, required to file a separate return. The law should be amended to allow consolidated return filing for reducing compliance costs," he says.