In the unforgiving world of banking, YES Bank has been upping its competitive ante. Till recently, it was focusing on the corporate and commercial lending side of the business that has seen it rake up a balance sheet size of Rs 1.36 lakh crore in merely 11 years of operations. Even as this Mumbai-headquartered bank is rolling out its retail banking products for its next phase of growth, this mid-sized topper in the BT-KPMG Study has also seen an all-round improvement in its financials.

YES Bank's chief, Rana Kapoor, is quite sanguine about the future as he plans to increase the retail banking pie one step at a time. He says, "There is a tremendous growth projection for retail and consumer banking in a steady manner because this is not a business where you can grow and get millions of volumes, but one that is driven by a very concerted, laser-focused strategy. We are ensuring that we have an array of products in our retail bouquet, as they are complementary to savings in our country."

"We have practically ended our innings as the largest medium-sized private sector bank. We are aiming to be in the large bank category by March 2020"

YES Bank, started by first generation entrepreneurs, is a late entrant in the retail banking space, which is a cash guzzler, requiring thousands of branches, a well-established brand and an army of people. But the bank, with 18 per cent retail portfolio, plans to catch up real fast. To scale up its retail book, YES Bank is launching its credit card business in April 2016, rolling out a fund management arm to provide investment options for retail customers. A suite of retail products is needed to complement its retail brokerage business launched last year. Will it manage to ramp up its retail operations just as quickly as it did its commercial business?

With its pan-India presence - with 750 branches expanding through the hub-and-spoke model to an additional 150 branches - YES Bank has a differentiated business model vis-a-vis business loans. When most banks are looking at making large-sized term loans, this bank focused on a differentiated approach to building a loan book, disbursing close to 80 per cent of its advances towards working capital largely to the new and sunrise industries such as green energy, media and agri-business, building exhaustive domain knowledge and solid customer relationships in the process. It wants to build a similar retail experience.

A comprehensive retail package helps attract and retain customers and ramps up cheaper saving account deposits. Many of the large private and public sector banks have an over 40 per cent CASA (current account savings account) ratio. YES Bank is currently at 25.5 per cent of its overall deposits, which, two years ago stood at 17 per cent, thus showing a remarkable improvement in its ratios. The pressures of building a robust CASA is a challenge, given that some of the well-established banks have sizeable operations in this segment. Banks with a good CASA deposit base are those that are growing their lending books insistently, which provides just the fillip to their operational income. There is also a big challenge soon to come from payments and small finance banks, as they would target low-cost deposits in a big way. This potentially creams off some of the toppings on the retail banking pie. What the bank is looking at now is expanding its retail and SME loan book. "When the third phase of our lifecycle comes to a heart-stop and before the fourth phase starts in April 2020, we intend to grow retail businesses to 45 per cent," says Kapoor.

YES Bank is relying on the fact that India is a grossly under-penetrated market when it comes to retail banking products for consumers and even at the micro-SME level. Traditional retail banking is being redefined. "We believe disruption is the way to go in retail banking. We are open to working with partners. We are tying up with e-commerce companies as part of our merchant acquisition process and brand strategy," says Pralay Mondal, Senior Group President, Yes Bank.

Tapping the growth demographics will pose an enormous challenge and rapid developments in digital technology mean that YES Bank will have to move fast on its retail thrust. Not to be left behind, the bank is relying on nearly three-fourths of its 13,500 employees in retail and SME banking space. "Disruption is the way to go in retail banking. We are tying up with e-commerce companies as part of our merchant acquisition process and brand strategy"

YES Bank is also employing mobile technology to reach the masses with new products. Kapoor reckons that with innovative use of digital technologies, service standards and quality assurance, YES Bank can provide a differentiated proposition in retail, too. Differentiation has been one of the key traits of the bank in the commercial lending business where it has been enjoying dominance in SME and corporate. When it started operations, the bank did not focus on conventional energy for its lending business as it required a larger balance sheet, but focused instead on renewable energy such as solar and wind.

When the bank sought to further scale up its operations in the green space, it raised capital through 'green bonds', both domestically and internationally, in August 2015, placing Rs 315 crore worth of bonds with The International Finance Corporation, Washington, - the first such placement in emerging markets. Now this focus on green energy is rapidly making YES Bank one of the most knowledge-rich banks in this nascent and sunrise industry.

The strategy is being replicated in other industries as well, as the bank seeks to improve its offerings in the corporate space. Kapoor is steadily increasing domain knowledge and expertise in various industries, as he reckons this is what helps build relationship capital, a strong knowledgeable risk management business and a sound service experience. "When you follow a certain industry, you are like a specialised doctor for that particular industry," says Kapoor, whose bank also tops in asset quality. "With a diagnostic and prescriptive approach, it helps to be able to also red-flag the risk early on," he adds.

That's one of the vital factors why the bank has such a strong grip on non-performing assets. When some other private banks were undergoing stress, analysts reckoned that YES Bank would also see some stress on its books. But the bank has seen a marginal increase of 0.6 per cent in non-performing loans and within the private banking space, ranks among the lowest in stressed assets.

When many other banks are selling their loans to asset-reconstruction companies, YES Bank has not sold a single one in the past four quarters, and has not refinanced using the 5:25 route - a refinancing scheme that allows banks to fund term loans. Stressed loans have been symptomatic of the deeper problems in the Indian banking sector. According to banking observers, there is a stringent level of monitoring and follow-up of YES Bank's loan book by each loan manager. Many banks don't have that rigorous approach. One other advantage the bank has is that, since it is 11 years old, it does not have a historical loan baggage that can run into a spot of bother during a cyclical downturn. 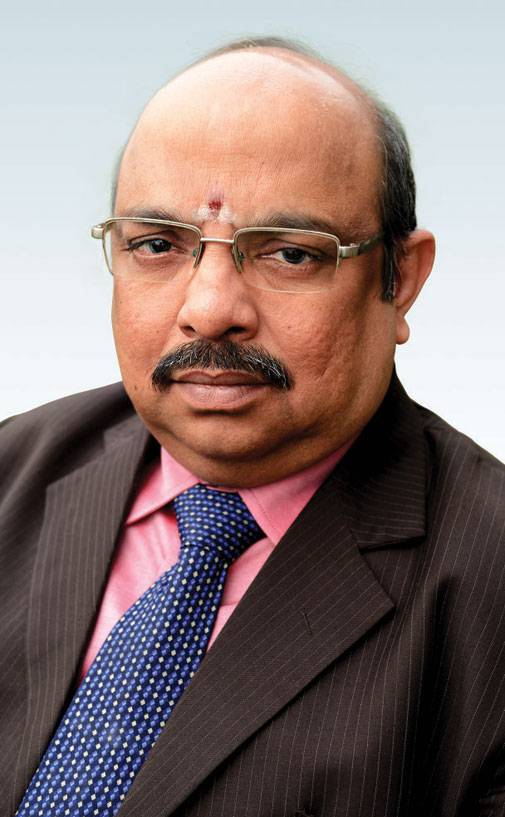 Kolkata-based United Bank of India came under the RBI scanner two years ago for its deteriorating asset quality but now appears to be on the mend. P. Srinivas, MD and CEO of the PSU bank, is tackling NPAs differently. In 2015, he visited several regions where the bank has a presence and worked out strategies to boost productivity. Weekly review meetings are conducted to spot 'probable NPAs'. "We are monitoring the situation in such a way to ensure that slippages come down," says Srinivas. NPAs have already come down to 8.9 per cent in September 2015 from 10.78 per cent in September 2014. The bank reported a net profit of Rs 256 crore in 2014/ 15 as against a loss of Rs 1,213 crore in the previous year. Its cost to income ratio has improved - down to 0.43 per cent from 0.45 per cent in 2013/14. The bank credits its encouraging performance to higher fee P. Srinivas income and trading gains. It has also reduced its reliance on high cost deposits.

Some of the problems of stressed assets in banking cropped up five years ago, and YES Bank has been able to avoid those because of its smaller balance sheet. When Bhushan Steel sought term loans around five years ago, YES Bank was not a lender, although the bank financed working capital loans to the company. This allays the worries of refinancing. Taking corporate disclosure levels one step further, the bank has begun the practice of providing a detailed break-up of its exposure to sensitive sectors, which analysts believe is a positive step.

But somewhere the message is lost on investors. The market is not assigning a high price-earnings multiple to YES Bank (PE 12.75), as it has given to some of the marquee names in the private sector with low stressed assets. A fierce boardroom battle with Madhu Kapur, the widow of YES Bank's Co-founder Ashok Kapur, last year, has not helped market sentiments either. The challenge is to restore the confidence of the market in the growth rates of the bank.

Kapoor, though, is not perturbed as the bank is busy rolling out the next stage of growth and aiming to become a large-sized bank. He believes that the bank has navigated the stress in the economy quite well in the past four years, starting October 2011, and that will stand it in good stead in the coming years. But challenges will come from many quarters.

Deven Choksey, MD, KR Choksey, considers YES Bank to be among the better-placed banks. "It has been having some issues in terms of cost of borrowing, as it is paying higher on savings deposits. But it will get rationalised. On April 1, when marginal cost of lending comes in, banks that are retail focused will be better off as borrowing costs will come down over time," he says.

Improvement in the position of the YES Bank franchise in the retail segment is being watched by analysts for signs of rapid ramp-up. The question, however, is how soon can the bank actually ramp-up and transition to a large-scale bank? "We have practically ended our innings as the largest medium-sized private sector bank," Kapoor states. "We are aiming to be in the large bank category by March 2020." The competition has just begun.