Fintechs' ties with banks and NBFCs have come under the Reserve Bank of Indias scanner for shoddy practices. Here is the inside story 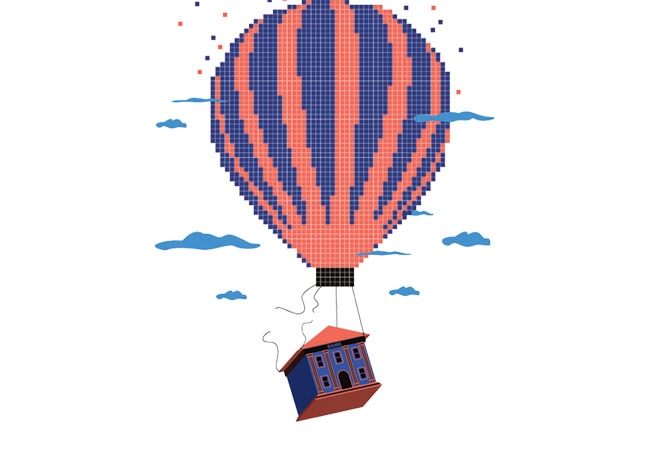 One bad apple spoils the entire basket," says the founder of a Mumbai-based financial technology company that is into digital lending. This young start-up entrepreneur is talking about overambitious fintech players who are chasing unbanked customers without proper risk assessment just to gain volumes and resorting to unethical collection and recovery practices. He gives an example of a Gurgaon-based fintech company they were planning to buy a year ago and which they found was accessing borrowers' contact details at the time of onboarding through its app. "People, when they need money, give permission to apps that seek access to contacts, SMSes, location," he says. The company was using these details for loan recovery by calling up borrowers' friends and family members. When the start-up founder questioned the company executives saying the practice was against the Reserve Bank of Indias (RBI's) fair practices code, the response was: "Nobody notices. So far, we haven't faced any issue with the regulator on this."

Such over-confidence stems from the fact that fintechs registered as NBFCs are loosely regulated whereas pure technology companies (which generate business leads for banks and NBFCs) are not even required to register with the RBI.

This is about to change. The RBI is slowly realising the extent of these malpractices as fintechs, with passage of time, come to occupy a bigger and bigger space in the financial services industry.

The casual approach of a few fintechs may be bringing a bad name to the industry but fast growth of digital lending is indeed throwing up challenges for banks, NBFCs and RBI. The first two were in a hurry to tie up with as many fintechs as possible for lead generation or co-lending to underwrite personal and MSME loans; not all such partnerhips have proved to be fruitful or without blemishes. The regulator is, as a result, flooded with complaints against banks, NBFCs and fintechs. "The issue is with unregistered fintechs or technology companies. Low entry barriers have led to mushrooming of such entities. Some players have weak governance structures and a short-term view of the business," says Santanu Agarwal, Deputy CEO at Paisalo Digital Ltd, which has a co-origination loan agreement with State Bank of India (SBI).

Two months ago, RBI shot off a letter to banks and NBFCs citing specific instances of violations. One of the points it raised was that the fintechs were masquerading themselves as lenders without disclosing the lending arrangement (co-lending or only lead generation) with banks and NBFCs. The strongly worded letter also listed other shoddy practices such as charging of exorbitant interest rates, non-transparent method of calculating interest, harsh recovery methods, unauthorised use of personal data of customers and bad behaviour. 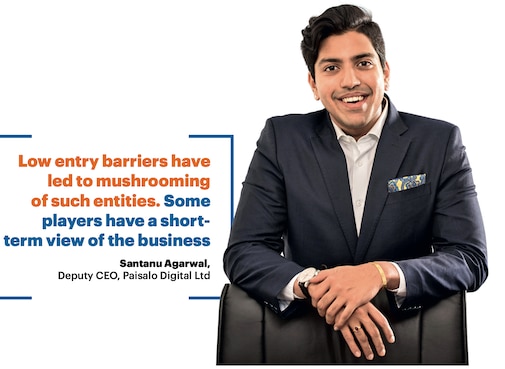 This is the first time the decade-old fintech industry, especially the lenders, have come under RBI's scanner. The market has, in general, always hailed fintechs as disrupters and complimented them for offering frictionless experience and seamless customer onboarding. These tech-savvy companies were seen as bridging the gaps in credit markets by giving small unsecured loans to urban/rural poor, gig workers, those without credit history, people with low credit scores, small shopkeepers and traders. The entire digital lending space, which also includes lending by banks to salaried and big corporates, is expected to reach $1 trillion by 2023, according to a BCG study. This explains venture capital and private equity interest in these start-ups. In fact, many of these players will be candidates for small finance or payments bank licences in the near future. Clearly, India can ill-afford to see the fintech revolution getting derailed. That is why RBI is trying its best to put the sector back on track.

The first big charge against digital lending platforms is the high interest rates of 24-32 per cent that they charge. The entities on RBI's radar are fintechs offering collateral-free digital loans, especially small unsecured personal loans, loans for paying credit card dues or loan against salary, targeting people who are new to credit or have poor credit history. They are innovative in reaching out to gig workers, security guards, tea sellers, micro entrepreneurs by lending on the basis of cash flow in bank accounts instead of tax returns. "Fintechs have been taking relative risk to increase access to credit to cover segments of the population without access to formal credit," says Vijay Mani, Partner at Deloitte India. Experts agree that some of the lending has been a little reckless and not backed by adequate controls. "There has been hunger for customer acquisition and growing the loan book," says another consultant.

A digital head of a private sector bank says these fintechs first attract customers with small personal loans and then give additional facilities and then offer conversion of loans to 'no cost EMIs.' Many charge 2-2.5 per cent per month, or 24-32 per cent annualised, but customers don't bother as the amounts involved are small. "The rates charged by fintechs are lower than those demanded by alternatives such as money lenders," says Mani. In fact, the risk taken by the fintech is also very high as these customers are new to credit or have been turned away by banks.

The issue got flagged when interest rates softened in the past one year but fintech customers didn't benefit. "That's when they started complaining and started knocking on doors of regulator," explains a banker.

The fintechs also have a co-lending model where they lend along with banks by taking 5-10 per cent exposure per loan. The eligibility criterion is strictly set by the bank. In addition, there are fintechs, including technology companies (not registered as NBFCs), which support banks with business leads. This is a fee-based model like the earlier direct sales agent model but with a difference that the fintech offers technology and data analytics at the front end when a customer walks in. "We manage the entire end-to-end customer journey. This includes recovery and collection. The entire servicing is done through an app," says Pallavi Shrivastava, Co-founder and Director, Progcap, which operates as a marketplace for lending to small merchants and shopkeepers. Some customers say this model of fintechs managing the entire loan servicing without the customer interacting with banks is also a reason for existence of business malpractices in retail loans.

The fintech community is also not making enough efforts to make interest rates and charges transparent. For instance, in the direct lending model, processing charges are not disclosed upfront. These are very short-term loans but with high processing charges of 3-5 per cent. "There should be transparency in processing charges and other costs," says a banker. In fact, there are also things such as pre-payment charges and penalty for late payments which are often not conveyed at the time of onboarding. There are also issues of changes in "terms and conditions" during the tenure of the loan which are not communicated properly to customers.

In some cases, banks tie up with the loan sourcing fintech or the technology company without communication with the customer.

The fintechs, on their part, play down such issues. For instance, Shrivastava of Progcap says there is complete transparency in the marketplace model. "There are flexible repayment models which take into account cash flows of borrowers. Credit is also flowing to last-mile stores or shopkeepers not covered by banking channels," she says.

Undoubtedly, fintechs use a lot of tech such as data analytics, algorithms and social media tools to find a borrower's credit worthiness. That is their biggest defence too. They say they use risk-based pricing models to offer differential rates based on credit worthiness of the borrower and nature and duration of the loan.

In addition, they rely largely on funds from founders and private equity investors (who, of course, expect decent returns). They have limited options to raise money from sources such as banks and debt markets. This means high cost of funds. After Covid, many fintechs that had taken loans from banks did not get a moratorium, even as their own customers pressed them for relief.

Fintechs get huge data through their apps as customers do not mind giving them access to contact lists, SMSes, photos. "There is nothing wrong in giving access to data but its misuse is an issue," says a consultant. In the bank-fintech co-lending model, or where fintechs generate leads, the regulated entity needs to do a comprehensive due diligence. RBI insists on robustness of internal controls, compliance, audit and grievances redressal, things that many fintechs lack. "SBI did an extensive stress test on our apps to see how much load they can bear. They also looked at our APIs to see the foundation of our codes. They also did a thorough check of the KYC process," says Shantanu of Paisalo. Other banks need to adopt a similar approach.

The lending fintechs have also suddenly come under the scanner because of growing delinquencies due to which they are resorting to harsh recovery methods such as use of social media tools to defame defaulters. "Fintechs do not have collection infrastructure. Lending is the easiest thing to do. You create an app and start giving loans to customers not covered by banks and NBFCs. But a sustainable business involves other elements like loan restructuring, understanding customers' cash flows, recovery and collection," says a banker. "There are softer ways of reminding a customer," says Neel Juriasingani, CEO and co-founder at Datacultr, a technology provider to NBFCs.

Many fintechs are violating RBI's fair practices code by using social media tools for collections. RBI guidelines clearly say that lenders should not intimidate or harass customers. "These 'new to credit' customers need to be educated. They should be treated differently or told about repayments, advantages of good credit behaviour , credit score, etc " says Juriasingani of Datacultr.

Given the rise in digital lending and spread of fintechs, RBI is already looking at setting up a separate department of fintech to oversee the entire gamut of banking technology players in different segments such as lending, payments and value-added services. Another medium-term solution can be increase in minimum net owned fund criterion from the current Rs 3 crore. "Be it a technology company or a registered fintech, RBI should create a deterrent by heavily penalising wrongdoers, including partnering banks," says an independent director in a bank.