Daiichi Sankyo's India misadventure ends as it exits its investment at a huge loss. 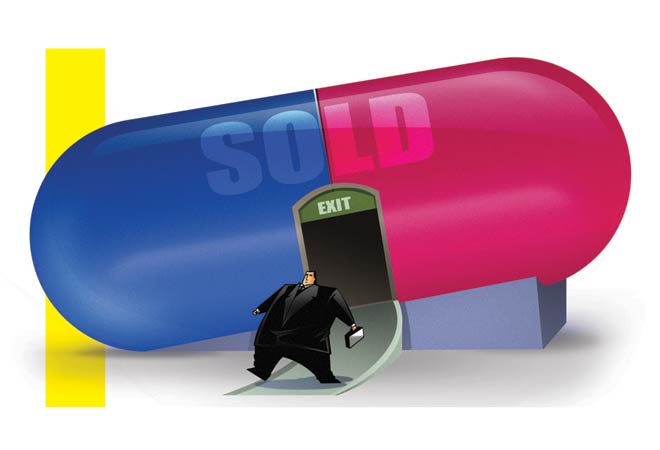 On April 21, Daiichi Sankyo announced the sale of its entire 8.9 per cent stake in Sun Pharmaceutical for Rs 20,026 crore ($3.2 billion). Daiichi had got these shares in return for its 63.4 per cent stake in Ranbaxy Laboratories that it had sold to Sun last year.

This ended Daiichi Sankyo's troubles in India, a market it had entered in 2008 by buying a majority stake in Ranbaxy. The deal went bad for the Japanese drugmaker after US regulators charged the Indian company with malpractices.

When Daiichi bought Ranbaxy, the dollar was at 42.74 against the rupee. So, in dollar terms, Daiichi has suffered a loss as the rupee has fallen 47 per cent against the greenback in seven years since it bought Ranbaxy and was at 62.85 the day it exited Sun Pharma.

"Considering the $4.6 billion paid for the promoter's stake in Ranbaxy, Daiichi incurred a 30 per cent loss on its investment," says Surajit Pal, analyst, Prabhudas Lilladher, a stock brokerage

Daiichi said on April 28 that it would book extraordinary losses of 46.2 billion Chinese Yuan (Rs2,463 crore) in its non-consolidated financial results for 2014/15 on sale of investment securities of Sun Pharma. It said there would be no impact on profit attributable to owners in consolidated financial results for 2014/15 as the loss would be recorded under "other comprehensive income".

For Daiichi, the exit is an opportunity lost in an industry where toplines are growing at 15 per cent a year

Analysts say Daiichi would have hedged its investments and that could have been factored in while exiting in spite of the rally in Sun Pharma shares.

After the conclusion of the merger between Ranbaxy and Sun Pharma on March 26, Daiichi had said 338 million Chinese Yuan (before tax) would be accounted as profit margin from the exchange of shares.

For Daiichi, the exit from India is an opportunity lost in an industry where toplines are growing 15 per cent a year on average and margins are 15 to 20 per cent. But Ranbaxy was a disaster for Daiichi; it posted net losses of Rs 879 crore, Rs 162.34 crore and Rs 3,052.05 crore, respectively, in the past three financial years.

Daiichi's decision to exit Sun Pharma is also linked with the other crises it is facing. Its largest revenue earner, the blood pressure drug Benicar, will lose patent protection next year. It had sales of $2.6 billion last year. It contributes nearly 27 per cent to revenue. Also, Daiichi's blockbuster cholesterol drug, Welchol, is losing patent protection in June. Reports say the company is already reducing staff at its US offices to cut losses. Also, another acquisition after Ranbaxy, an R&D company in the US, is not expected to yield much revenue in the near future. Daiichi is now reported to be targeting the Chinese market to make up for its failed India entry.

Above all, Daiichi's global ambitions have taken a back seat. It was hoping to use Ranbaxy's marketing strength in almost 170 countries to sell its drugs under a 'hybrid model' (selling Ranbaxy's generics and its own patented drugs).

All in all, it was a forgettable experience for Daiichi, which did not realise the gravity of problems at Ranbaxy when it bought the then India's largest drug company.

Daiichi's lessons are valid for all companies venturing into the unknown territory without looking at the realities on the ground.